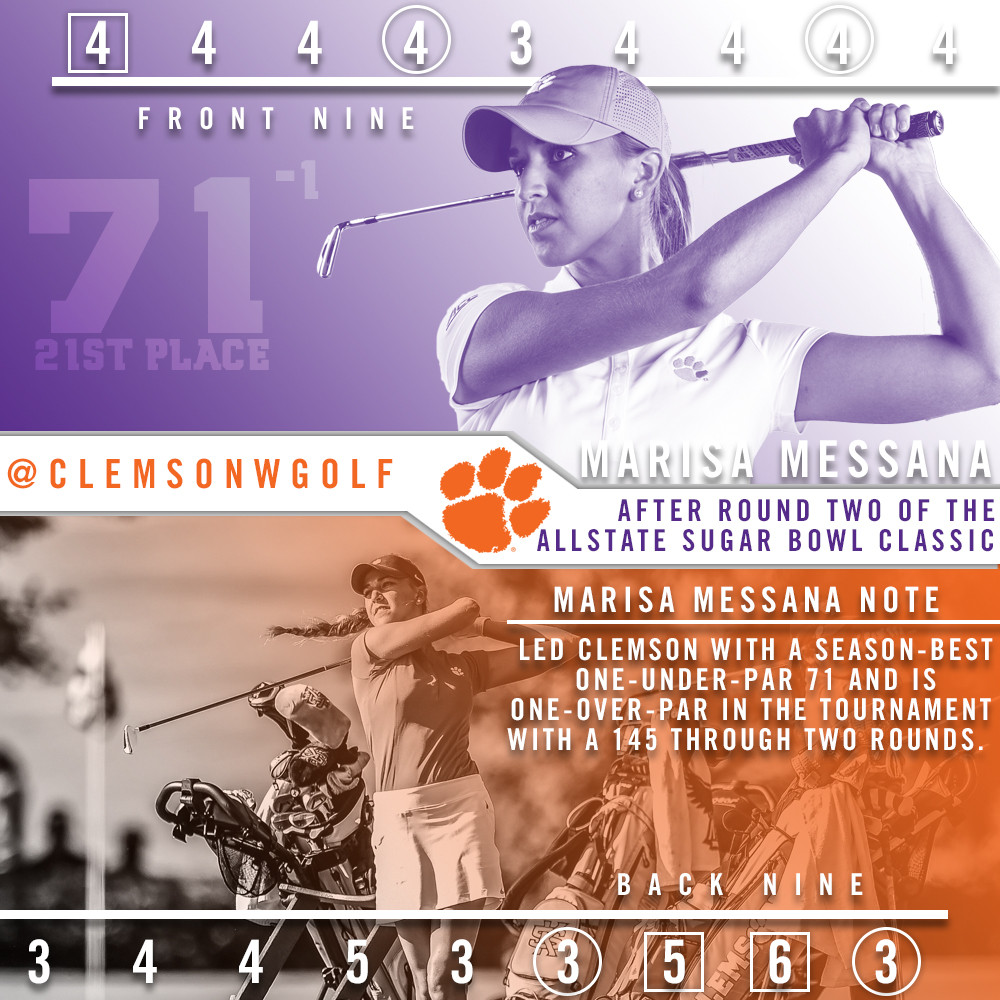 Clemson, S.C.—Marisa Messana fired a season best one-under-par 71 to lead Clemson to a tie for seventh out of 17 teams after two rounds of the Allstate Sugar Bowl Invitational at English Turn in New Orleans, La on Monday.   Clemson is tied with sixth ranked Stanford and LSU with a 589 score.  The field includes six of the top 13 teams in the nation.

Messana was Clemson’s best player on Monday with four birdies and three bogeys as she recorded her first under-par round of the year.  She stands in 21st place with a one-over-par score of 145 through two rounds.

Clemson’s top player for the first 36 holes is freshman Alice Hewson, who had a two-over-par 74 on Monday after an opening 70.  She stands in 18th place after two rounds. The first year player from the United Kingdom got off to a great start on Monday with birdies on two of her first three holes.

Sloan Shanahan was the fourth counting score for Clemson on Monday.  The junior played holes 10-18 in one-under-par and shot 76.  Jessica Hoang had a late double bogey that ruined her round and she shot a 77.

Clemson and the other 16 teams will start play early Tuesday morning.  It will be Clemson’s last round of competition until March 21 when the Tigers are at the Briar’s Creek Invitational in John’s Island.