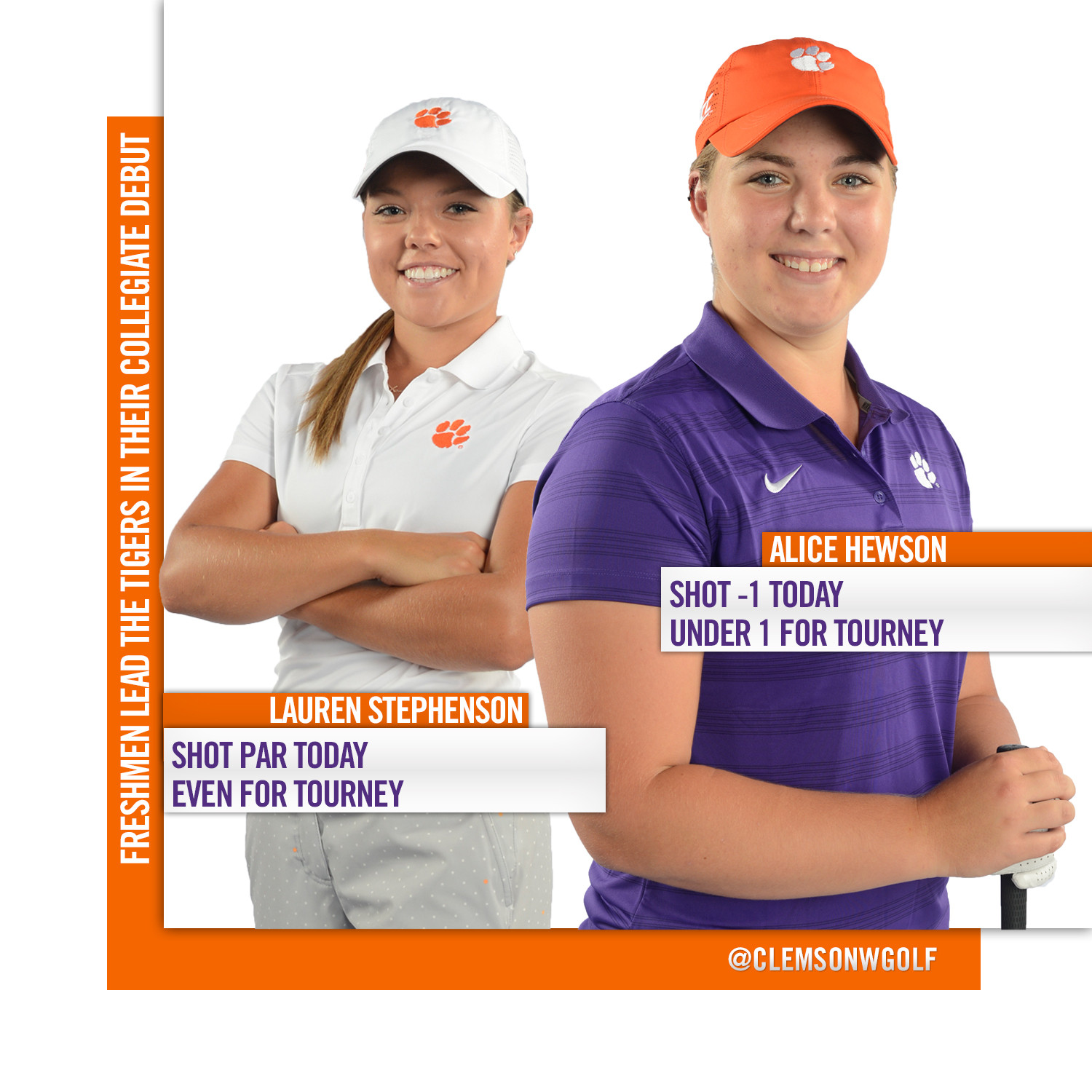 Clemson, S.C.—Clemson freshmen Alice Hewson and Lauren Stephenson led the way for Clemson in its season opening round at the Powerade Cougar Classic at Yeamans Hall in Charleston, S.C.   Hewson fired a one-under-par 71 and Stephenson an even par 72 to lead Clemson to a tie for ninth in the 20 team field after 18 holes.

Arkansas has the team lead at six-under-par 282, the only team under par in the field.  Clemson had a team score of 297, tied with Michigan, but just nine shots out of second place.  The teams continue play on Monday and Tuesday in the 54 hole event on the par 72 course.

Hewson, a freshman from the United Kingdom, had four birdies and three bogeys in her first career round as a Tiger.  She is in eighth place individually after the first round in the  107 player field.

Stephenson, a freshman from Lexington, S.C., was not far behind with her 72 and she is in a tie for 15th place after her first round that included an eagle on the 15th hole.  She also opened her Clemson career with a birdie on the first hole.

The return of a healthy Sloan Shanahan is also a reason for optimism for J.T. Horton’s Tigers this year.  A first-team All-ACC player as a freshman, Shanahan had an injury plagued sophomore year.  But, she shot a 74 on Sunday, including a one-under-par 35 on the back nine.  Shanahan is in 37th place after the first day.

Jessica Hoang, a junior in her third year as a starter, shot an opening round 80, while Marisa Messana had an 83.