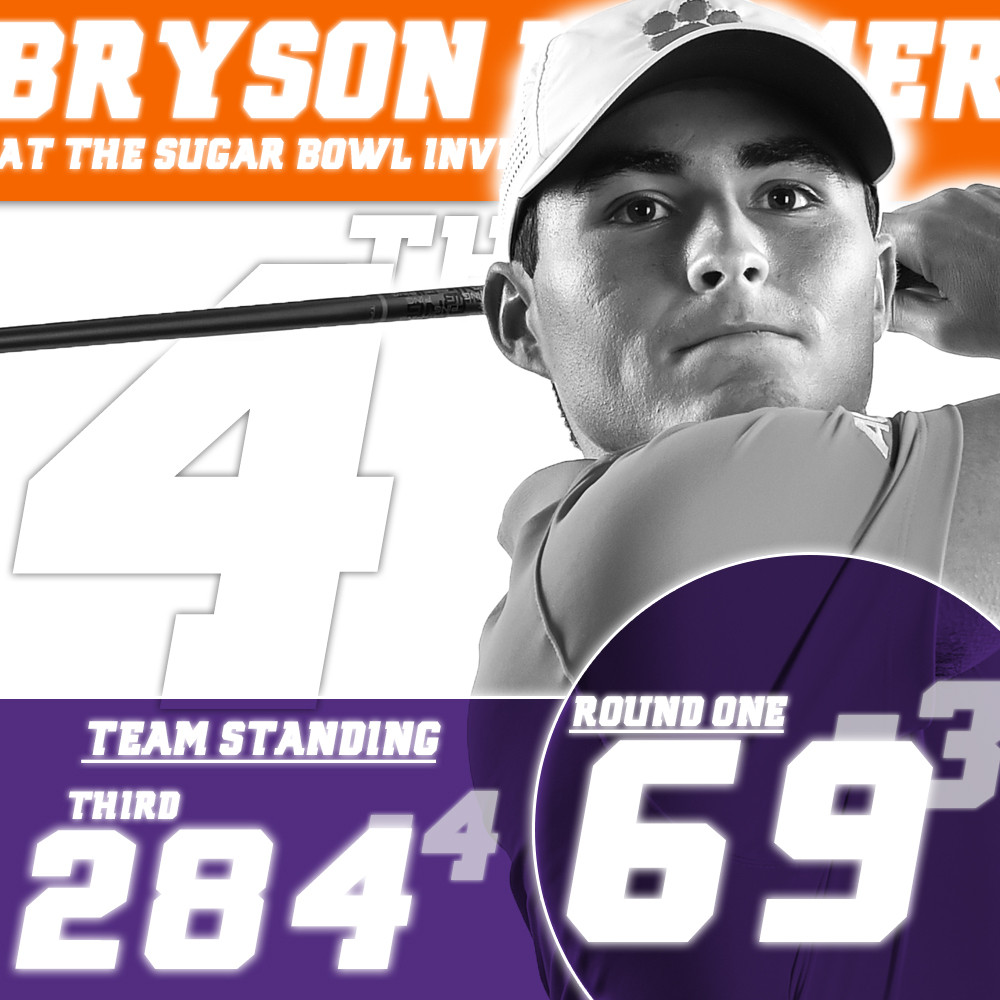 Clemson Third after First Round of Puerto Rico Classic

Clemson, SC,–Bryson Nimmer fired a three-under-par 69 and Carson Young added a one-under 71 on Sunday to lead Clemson to a 284 team score and a third place standing after the first round of the Puerto Rico Classic. All 15 teams continue the tournament at Rio Mar Country Club in El Grande, Puerto Rico on Monday.

Nimmer, who was second on the Clemson team in stroke average in the fall with a 71.00 figure, had five birdies and two bogeys to lead the Tigers, who posted their 10th under-par team round of the year. He played the par three holes in two under par, tied for the best score on par three holes among the 75 players. Nimmer is tied for fourth in the field with his three-under-par score, two shots behind Stephen Franken of NC State, who had a 67.

Young, a senior, had a one-under-par 71 to support Nimmer. He tied Nimmer for team honors in terms of birdies with five, tied for fifth best in the field. It was Young’s sixth under-par round of the year and the 23rd of his four-year career. He is 12th in the individual race entering Monday’s second round on the par 72 course.

Freshman Doc Redman and junior Josh Fickes had even par scores of 72 on Sunday and are tied for 21st place, giving the Tigers four players in the top 25 on the first day. Senior Austin Langdale played the par five holes at three under par, tied for second best in the field, but he finished with a seven-over-par 79 and his score did not count towards Clemson’s team score. The Tigers begin play at 8 am eastern time on Monday. Live scoring is available on birdiefire.com.