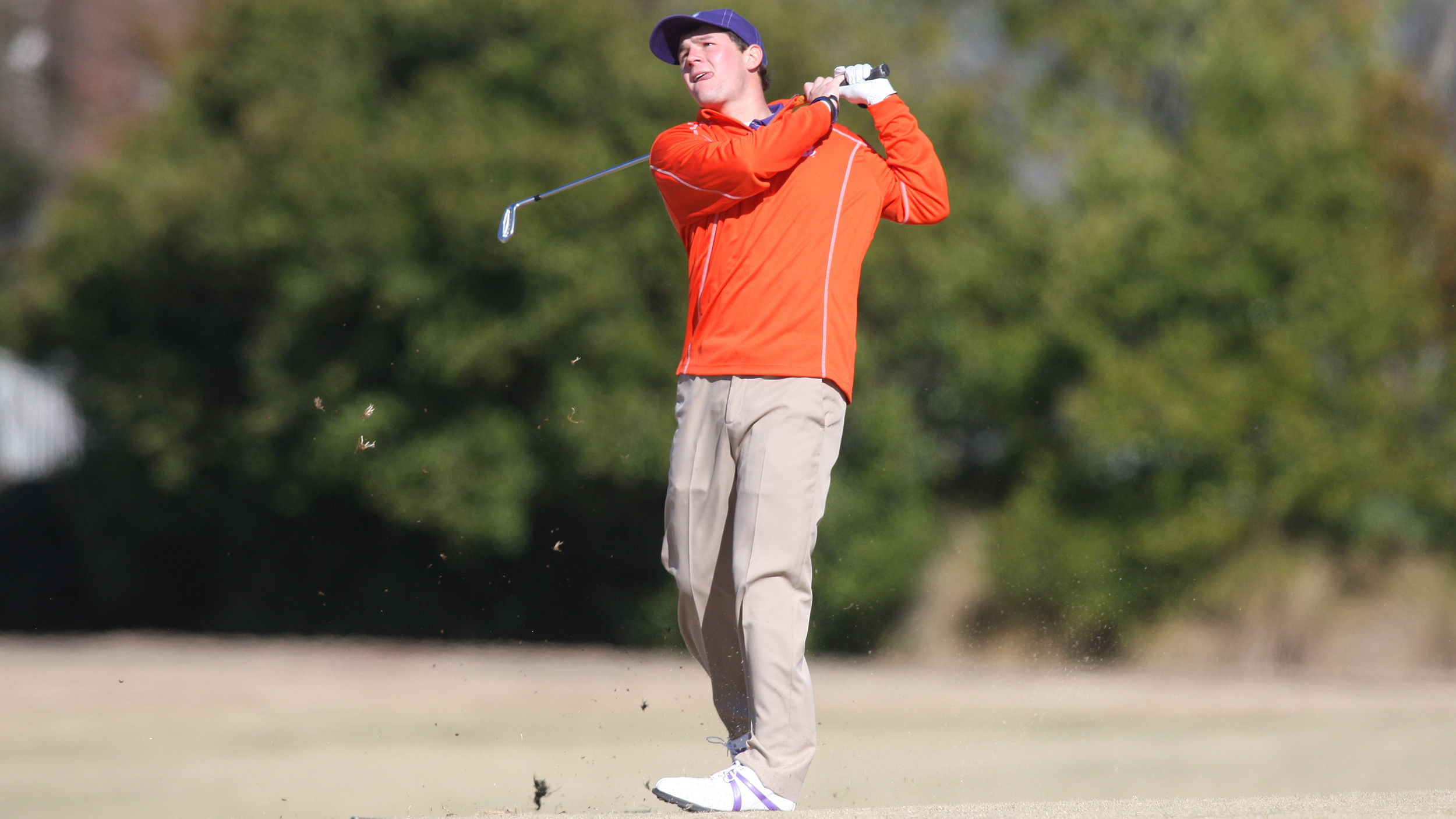 Clemson Third after First Round at ACC Golf Championship

NEW LONDON, N.C. – Sophomore Miller Capps fired an opening round 69 on Friday to lead Clemson to a 289 team score and a third-place standing after the first round of the ACC Men’s Golf Tournament at the Old North State Club in New London, N.C. The event will continue Saturday morning with the second round. The tournament concludes on Sunday at the par 72 course.The Tigers finished with a team score of one-over-par 289, just five shots behind team leader Florida State (284) and one shot behind fifth-ranked Georgia Tech. Wake Forest is fourth at 290. The first round was played in windy weather with gusts of up to 30 miles per hour.Capps, who missed the last two rounds of the 3M Augusta Invitational earlier this month, had his first round in the 60s since March 10. The native of Denver, N.C. had four birdies and just one bogey in leading the Tigers for the first time since the final round of the Linger Longer Invitational on March 23.Cody Proveaux also contributed an under-par round with a 71. The sophomore got off to a great start with an eagle on the opening hole, his seventh as a Clemson Tiger. He was four-under through13 holes, but he made bogeys in windy conditions on the 16th and 17th holes.Freshmen Austin Langdale and Carson Young were counters in their first ACC Tournament rounds. Langdale finished strong with birdies on the 16th and 18th holes to score a 74. He had a triple bogey on the par four 13th hole that kept him from an outstanding score. Young was even through 12, but finished with three bogeys over his last seven holes to shoot 75.ACC TournamentOld North State Club, New London, N.C.Team Results after One Round1. Florida State 284, 2. Georgia Tech 288, 3. Clemson 289, 4. Wake Forest 290, 5. Boston College 291, North Carolina 291, 7. NC State 293, Duke 293, 9. Notre Dame 294, Virginia 294, 11. Virginia Tech 298, 12. Maryland 299Clemson Individual Players3. Miller Capps 69; 6. Cody Proveaux; 71; 28. Austin Langdale, 74; 33. Carson Young 75; 43. Stephen Behr 76.