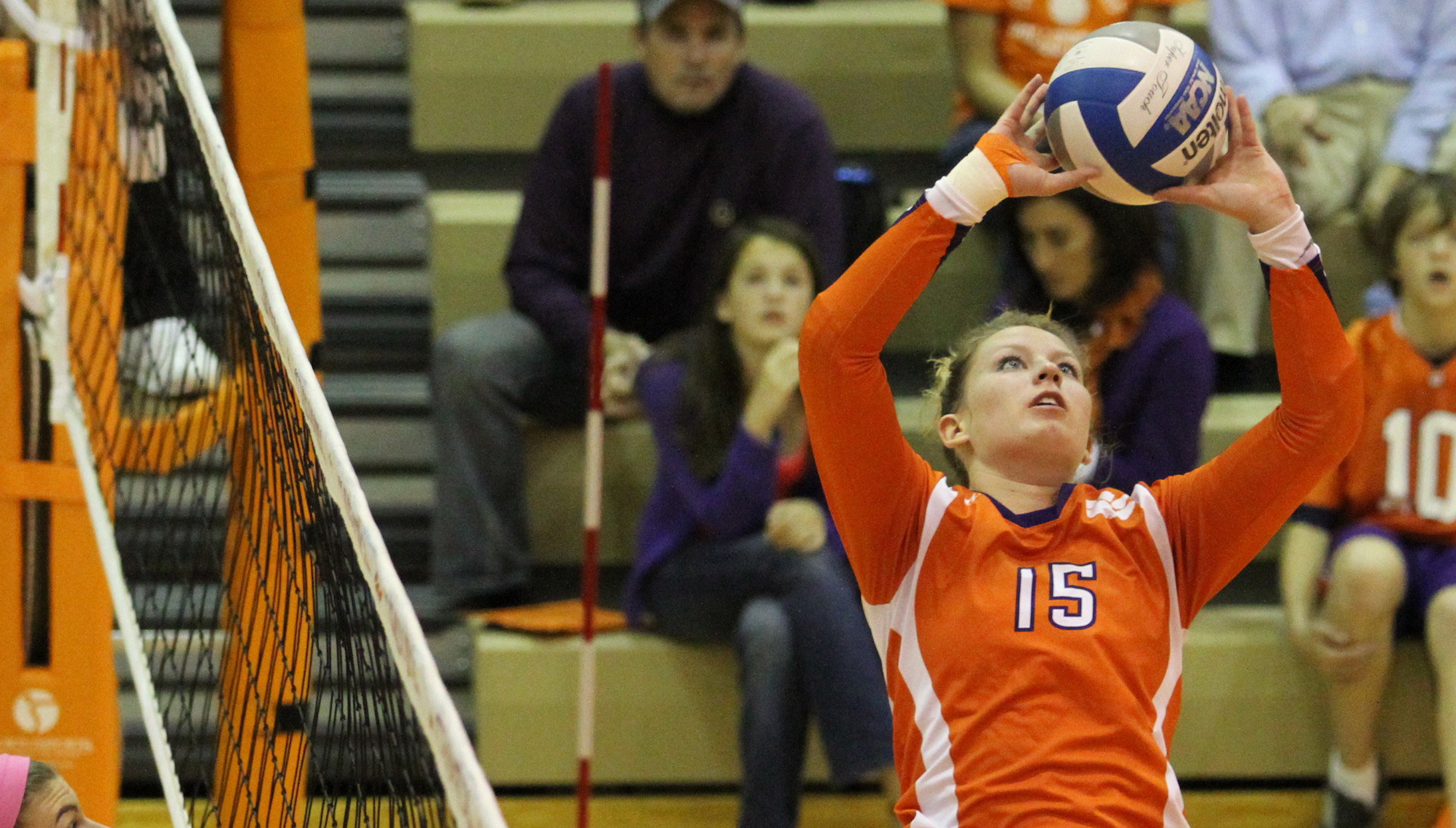 Clemson improved to 1-0 in spring play, which does not count against the fall marks. The Tigers have four more spring matches scheduled: at UNC Asheville on Mar. 28, at home against South Carolina on Apr. 5, and against Georgia State and USC-Upstate on Apr. 13.

Clemson hit .248 in the match overall, led by Karis Watson’s .417 mark, with six kills and one error in 12 attacks. Kalah Jones had seven kills, and Hannah Brenner had four kills, 23 assists, and three aces.

The Tigers were propelled by ten aces, as Simmons and Lou Davis also added two apiece. Niki Collier had seven digs at libero, and helped the Tigers to sideout on 67 percent of Wofford’s service attempts. She also added five assists and an aces, and was perfect in 13 service reception opportunities.