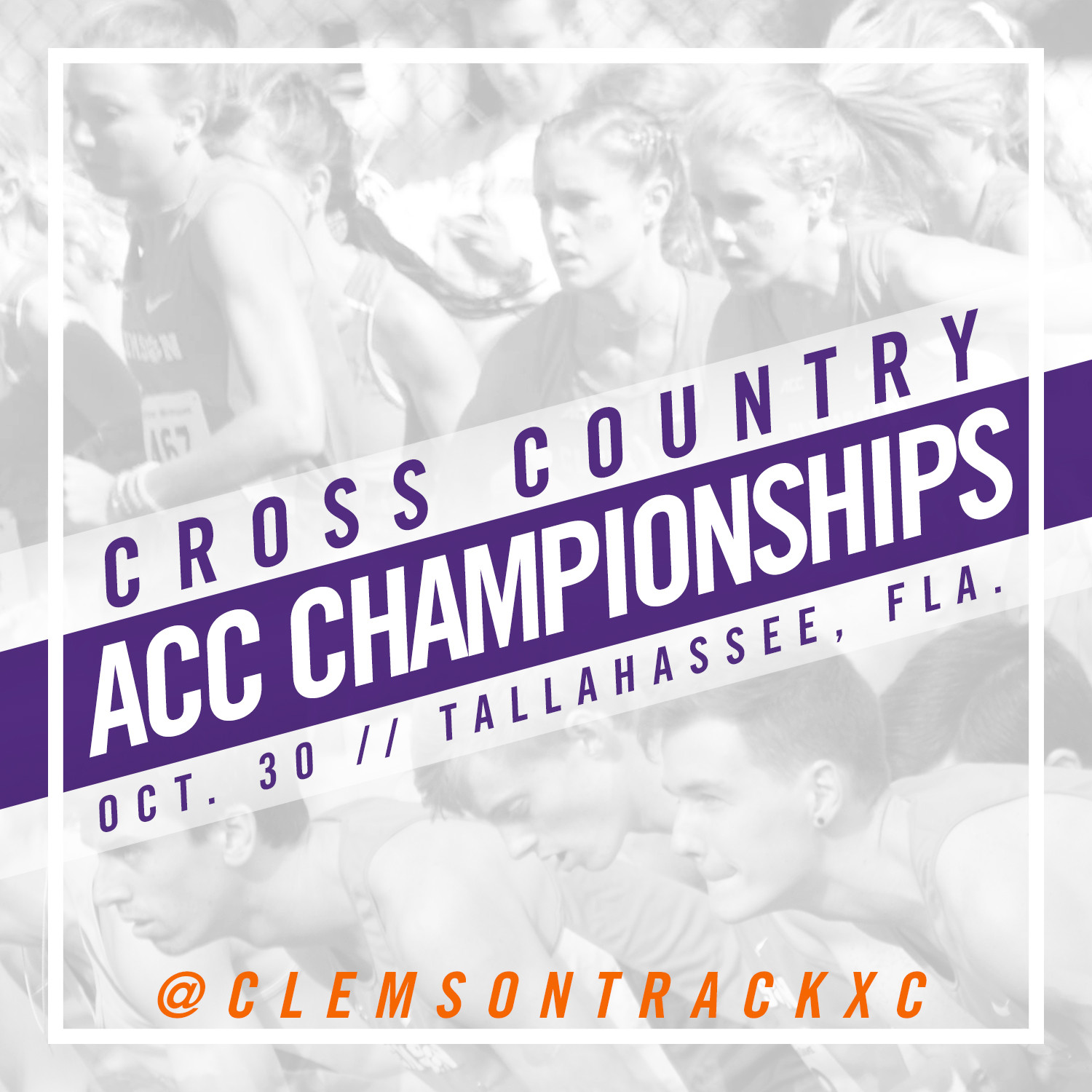 Clemson Takes On The ACC Championships

CLEMSON, S.C. – On Friday October 30, Clemson will compete in the ACC Championships in Tallahassee, Florida. The men’s 8k race will begin at 9 a.m., followed by the women at 9:45 a.m., at the Apalachee Regional Park.

“Our goal is to have our best performance this weekend,” said head coach Mark Elliott. “This is why our student-athletes get up at six in the morning to train. Everything we’ve worked on this season at the earlier meets was all done in preparation for this weekend.”

Clemson is coming off two promising races from the men and women in their last competition. On the men’s side, James Quattlebaum, James Dwyer, Clayton Wilson and Evan Abdullah all posted season best times. Quattlebaum has thrived in his first season with the Tigers after transferring from High Point, leading the Tigers in all five races.

Grace Barnett continues to impress on the women’s squad, finishing 19th at Pre-Nationals and finishing the regular season with three top-10 finishes and no finish higher than 23rd overall. She’s led a supporting cast of Evie Tate, Catherine Herring, Elizabeth Dawson and Brianna Feerst that has been recently bolstered with highly touted freshmen, Kaley Ciluffo and Ersula Farrow.

“All year we’ve been improving each week so it’s just a matter of them going in and competing at the level we feel they are ready for. If they do that, we’ll come out a successful team.“

Regionally, 11 ACC men’s programs rank in the top-10 of their region and three are ranked first in their respective region. The women have 10 teams ranked regionally in the top-10 with four teams in top two.