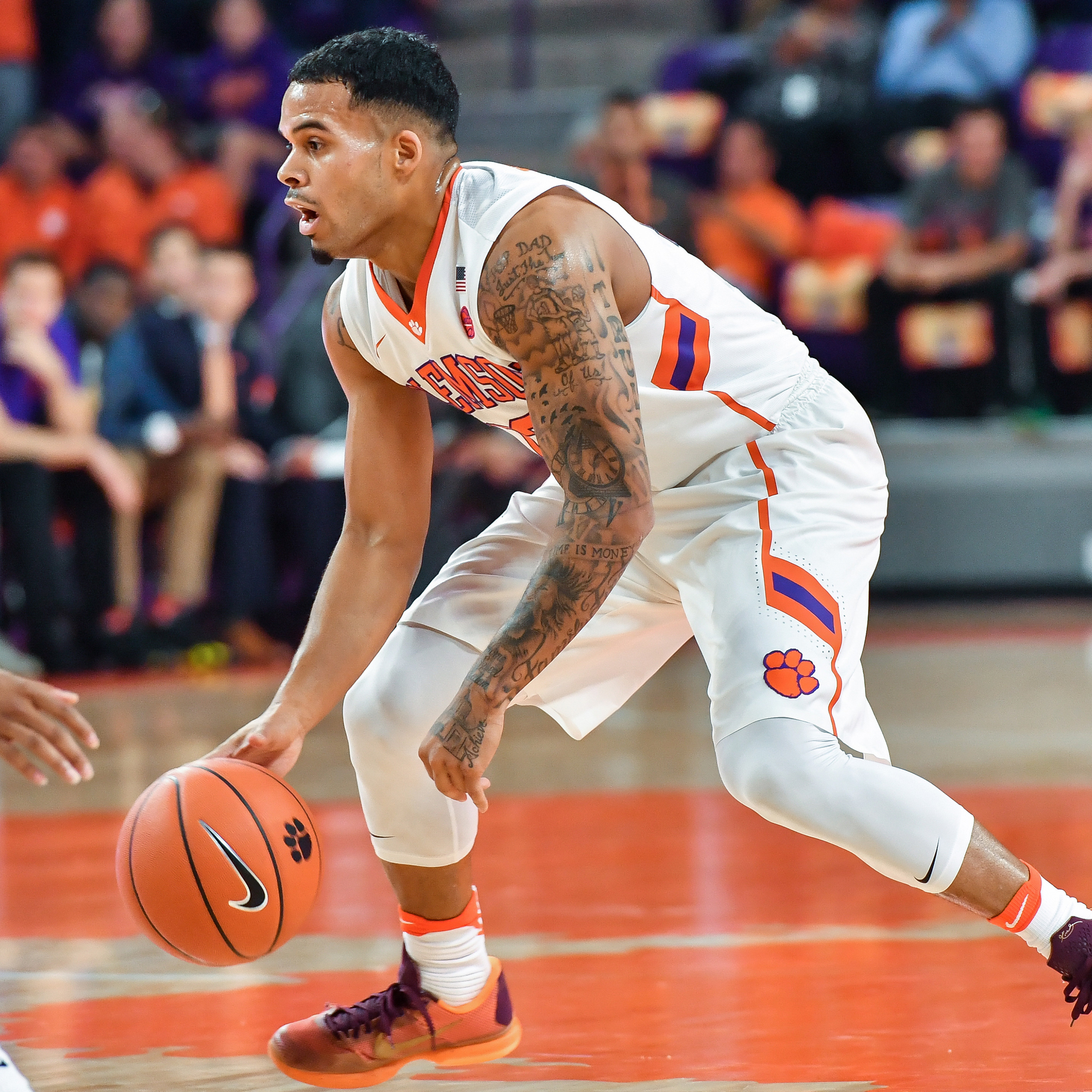 GAMEDAY SETUPCLEMSON (13-9, 3-7) vs. SYRACUSE (15-9, 7-4)Date: Tuesday, Feb. 7Tipoff: 8 p.m. ETArena: Littlejohn Coliseum (9,000)Radio: CTSN (Tony Castricone-pbp; Tim Bourret-color)TV: ACCN (Justin Kutcher-pbp; Mike Gminski-color)• Clemson is in search of a third straight win over Syracuse; the Tigers have won the only meetings each of the past two seasons, 2014-15 in Clemson and 2015-16 in Syracuse.• The Tigers shot the ball well from three-point distance in each of the past two wins over the Orange; Clemson was 12-20 in the win two years ago and 8-17 last season in the Carrier Dome.• Clemson’s team three-point percentage (.355) is the program’s best since the 2008-09 season.SERIES HISTORYCU Series W-L record: Clemson leads 4-1Streak: Clemson has won two straight meetingsTIGER TRACKS• Avry Holmes is shooting 53.8 percent from three-point range in ACC play, less than a percent off the school record set in 1986-87 by Michael Tait, who shot 54.5 with the line a foot closer than it is today.• Holmes has made 50 or more three-point goals in consecutive seasons, the first Tiger to do that since Andre Young in 2010-11 and 2011-12.• Jaron Blossomgame is one of five players among Clemson’s top 10 in both scoring and rebounding over a career. Trevor Booker, Elden Campbell, Dale Davis and Horace Grant are the others to achieve the feat.• Blossomgame posted 20 points last season at Syracuse, and a double-double (15 points, 12 rebounds) the previous year at home, both wins.• Marcquise Reed is Clemson’s top scorer off the bench at 9.5 points per game, and has reached double figures in three of Clemson’s last five contests.• Sidy Djitte produced his first double-double in league play last time out, with 10 points and 11 rebounds at Florida State. His eight offensive rebounds tied an individual high under head coach Brad Brownell.