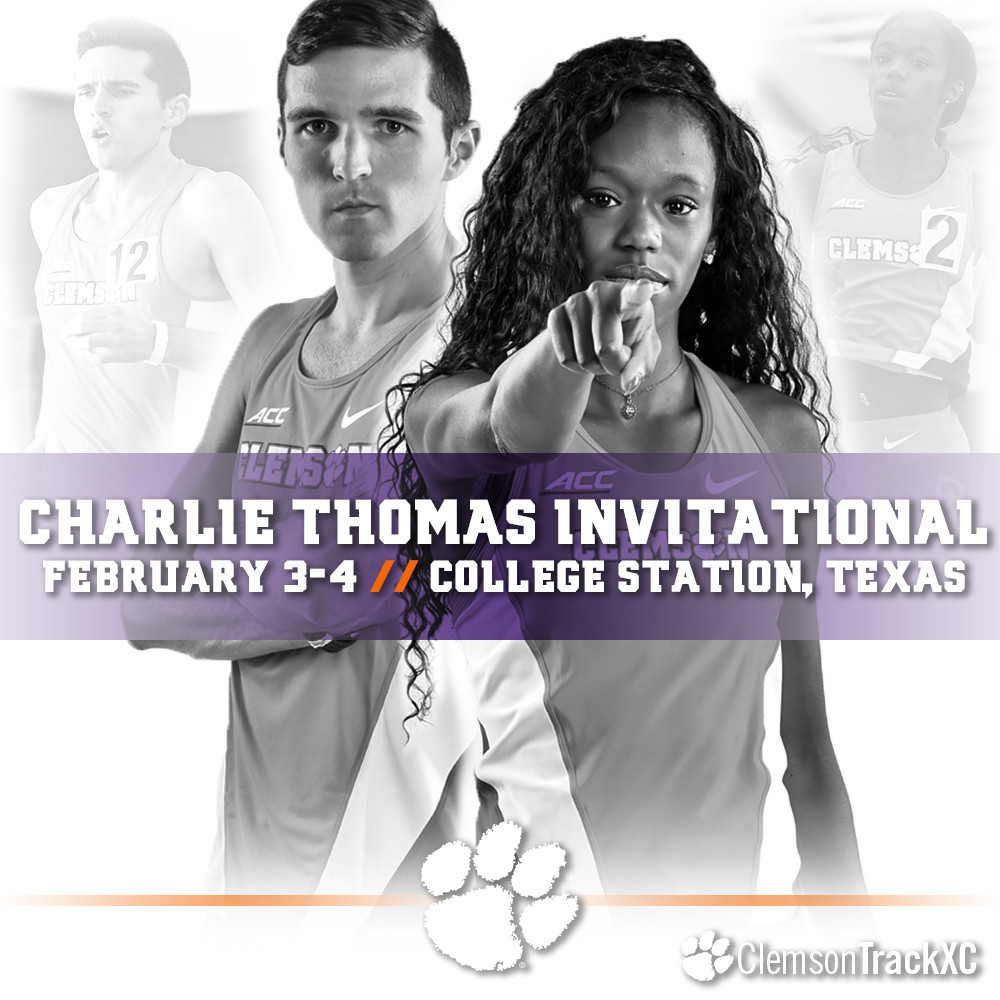 COLLEGE STATION, Texas – The Tigers are back on the road this weekend competing in Texas A&M’s Charlie Thomas Invitational on February 3-4. Clemson will face off with three programs ranked among the nation’s top 25 as well as some of the best competition the state of Texas has to offer.

Clemson one-of-nine schools competing in the meet and is the lone representative of the ACC. The men will take on No. 5 Texas A&M and No. 25 Houston while the women will match up with No. 10 Baylor. Cincinnati’s women were previously ranked 25th in the nation but dropped out of the top 25 in this week’s poll. Other programs attending include UCLA, TCU, Rice and South Plains.

Last time out, the Tigers took it easy in preparation for this weekend’s trip to the host site of the Indoor NCAA Championships and one of the nation’s biggest meets of the season next weekend when Clemson hosts the Tiger Paw Invitational. Despite easing off the gas pedal, Sabria Hadley had a breakthrough weekend in which she took second in the 60m with a time of 7.45 and first in the 200m with a time of 23.51.

Hadley owns one of Clemson’s 10 top 20 performances in the nation thus far as her 200m effort currently ranks 13th in the country. Of those 10 performances, six belong to the women as Rebekah Smith, Ersula Farrow, Grace Barnett, Iana Amsterdam and the distance medley relay team all join Haldey in the top 20 of their respective events. Mpho Makofane and Terrell Jackson both rank in the top 20 of the men’s 800m while Chris McBride and the men’s 4×400 meter relay rank among the nation’s top performers as well.

The Charlie Thomas Invitational kicks off Friday, February 3 at 6:30 p.m., with day two beginning at 10:30 a.m., on Saturday February 4. Grace Barnett and Logan Morris are both competing separate from the team this weekend as Barnett was invited to the Armory Track Invitational in New York and Morris is competing in the USATF Cross Country Championships in Eugene, Oregon.