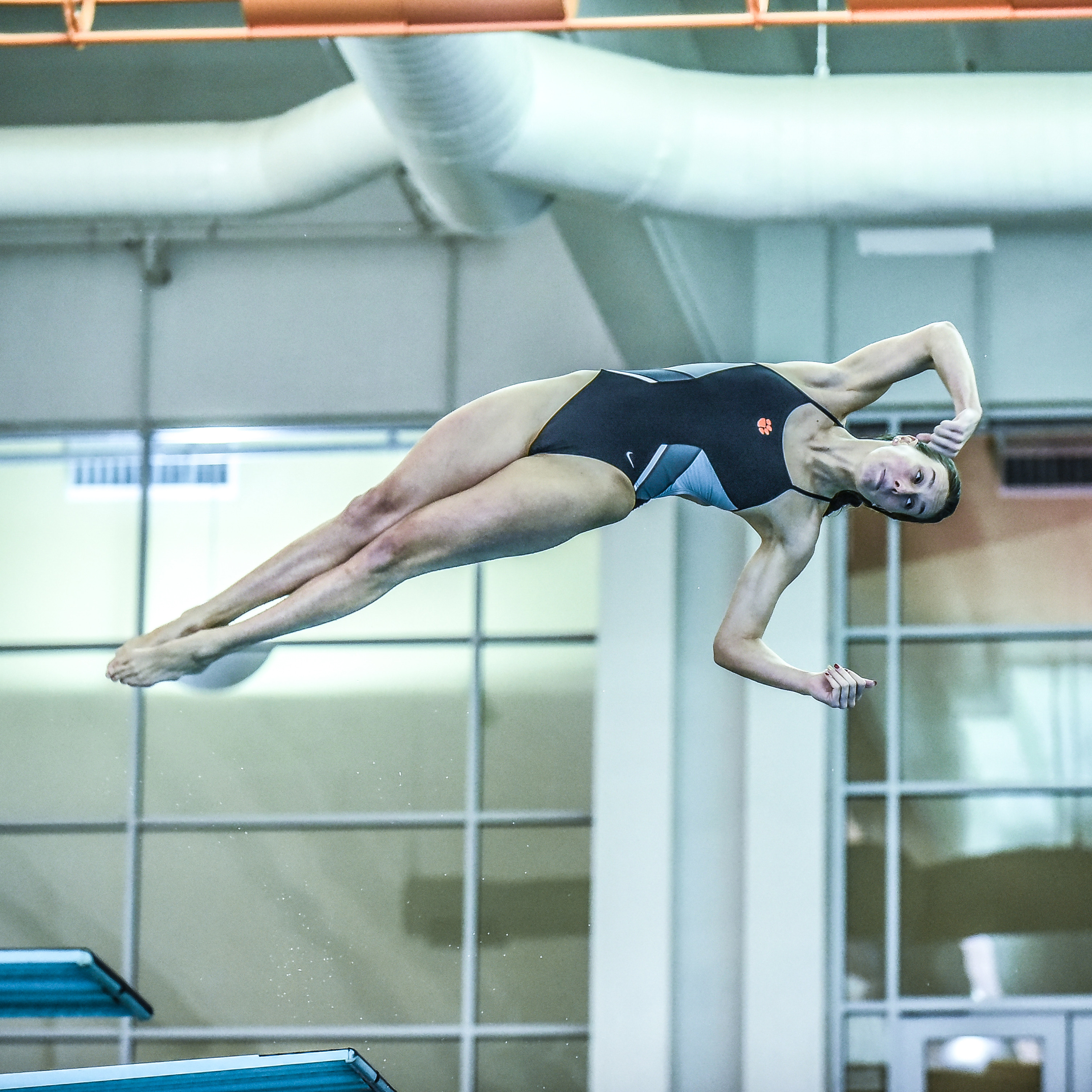 CLEMSON, S.C. – In what was originally slated as the second time the team would split this season for simultaneous meets, the Tigers’ meet against NC State scheduled for 12 p.m. in Greensboro, N.C. has been cancelled due to the impending inclement weather. The latter half of the team is still scheduled to take to the road for its meet against Arkansas. The two-day meet against the Razorbacks will take place Friday, January 22 and Saturday, January 23 at Arkansas Natatorium in Fayetteville, Ark. at 5 p.m. and 10 a.m., respectively.

In its last meet, the Clemson diving team hosted and defeated Georgia Southern, 32-6, on a day that recognized the team’s senior members. In the one-meter event, Megan Helwagen posted a final score of 271.75 to pace a string of ten consecutive Clemson finishers, and qualify for the NCAA Zone B meet for the third time this season in the event. Sarah Braun finished second, scoring a 263.30.

Helwagen has now garnered a total of five Zone-qualifying scores on the season to lead all Tigers in that category, with three coming via the one-meter and two via the three-meter.