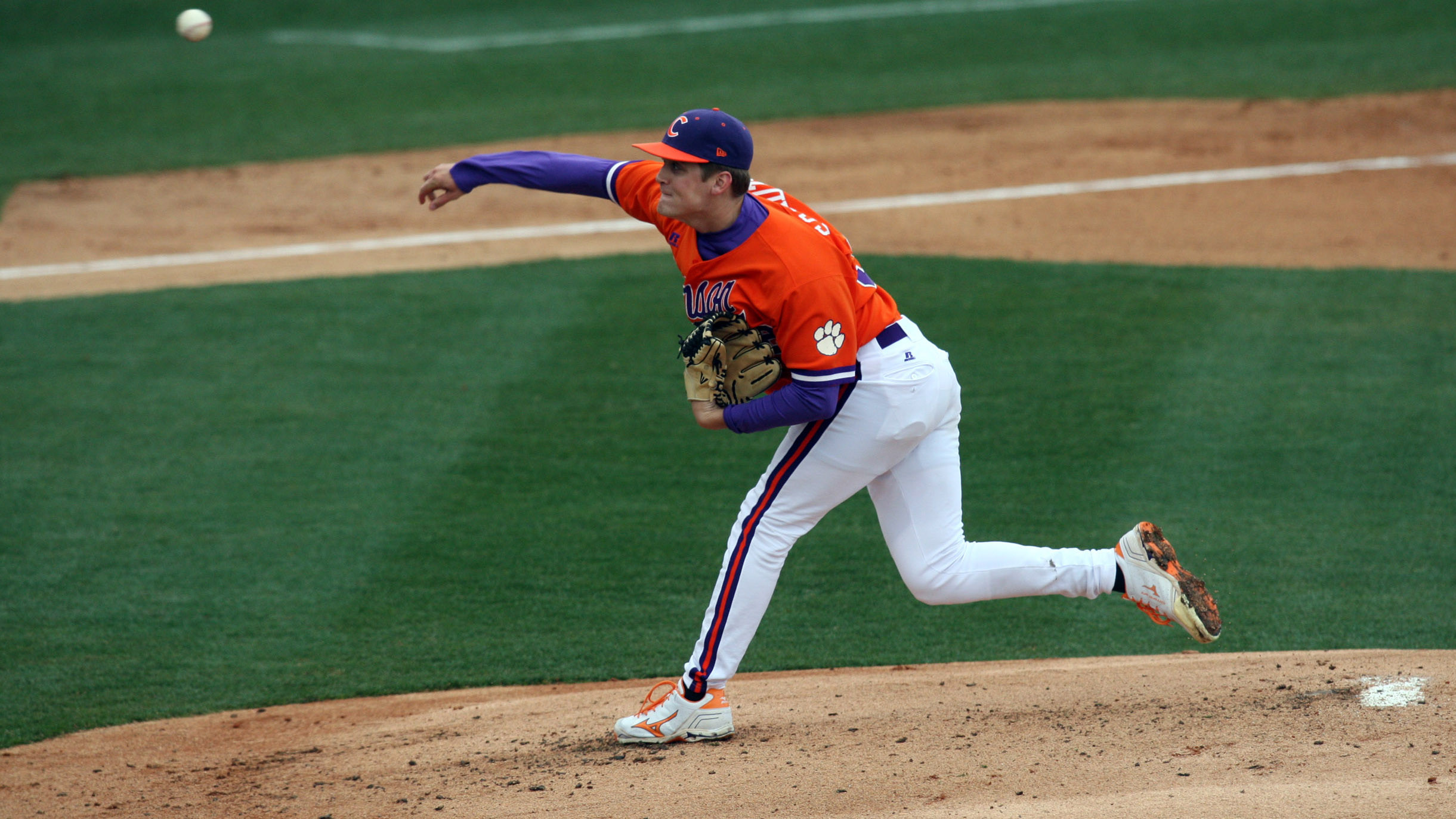 Clemson scored four runs in the first inning and cruised to a 9-2 win over Boston College in front of 1,651 fans at Commander Shea Field on Saturday afternoon.  The Tigers, who took a 2-0 lead in the series, improved to 20-11 overall and 8-6 in the ACC.  The Eagles dropped to 5-24 overall and 0-13 in ACC play.

The Tigers wasted little time take the game’s first lead in the first inning.  Tyler Slaton led off with a single to left-center and Thomas Brittle reached on a bunt single.  After both runners moved up a base on a wild pitch, Garrett Boulware grounded out to short to plate Slaton.  Shane Kennedy then lofted a sacrifice fly to right-center to score Brittle.  Joe Costigan drew a two-out walk and Steven Duggar laced a single to center.  Stevens’ pickoff attempt to first was errant, allowing Costigan to score from third.  Duggar also scored on the play when the throw to third base was errant to give Clemson a 4-0 lead.

In the second inning, Jon McGibbon led off with a single to left-center, advanced to second on Jay Baum‘s groundout to short, and moved to third on Slaton’s groundout to second.  Brittle reached on an error by shortstop Joe Cronin, allowing McGibbon to score.

Kennedy reached on a one-out bunt single in the third inning and scored on Costigan’s double down the right-field line.

John Hennessy led off the fourth inning with a double to right field and scored two batters later on Matt Pare’s one-out single to left-center.

In the fifth inning, Brittle led off with a double to right.  Two batters later, Kennedy singled up the middle to score Brittle.

Slaton led off the top of the seventh inning with a single to right-center and Brittle walked.  After both runners moved up a base on a passed ball, Boulware hit a sacrifice fly to left to score Slaton.

In the bottom of the seventh inning, Cronin drew a two-out walk.  Blake Butera reached on an infield single, then Hennessy ripped a single to right to score Cronin.

Pinch-hitter Mike Triller led off the eighth inning with a double to left-center and advanced to third on Tyler Krieger‘s single to left field.  McGibbon reached on a fielder’s choice to second as Krieger was retired at second base and Triller scored.

Slaton, Brittle, and Kennedy had two hits apiece to pace Clemson’s 12-hit attack.  The Tigers did not strike out in the game.

Butera, Hennessy, and Pare had two hits apiece for Boston College, who amassed seven hits in the contest.

Clemson and Boston College will play game-three of the three-game series on Sunday at 12:00 PM.