The Tigers’ (8-2, 1-0 ACC) offense came out firing from long-range connecting on 9-of-15 three-point baskets. The Tigers finished the opening stanza shooting 50.0 percent from the floor and took a 37-35 lead going into the break.

In the second half, the Clemson offense was even more efficient. The Tigers shot 57.7 percent from the field and connected on 62.5 percent of their threes ending and ended with a season-high 14. The second half saw seven lead changes, but the Tigers made 10-out-of-their-last-12 field goals to put Towson away late.

Hall continued to be a force on the offense, recording his third-straight game scoring 20 or more points. Hall finished the night with a team-best 22 points.

Tyson recorded his fourth double-double of the season and has had back-to-back games achieving the feat. Tyson ended the night with 20 points and a career-high 14 rebounds.

Hemenway continues his hot streak from long range over his last three games and is 11-out-of-16. He scored 15 points on the night. Hunter scored 14 points and dished out seven assists to lead the offense.

The Tigers travel to Atlanta to take on Loyola Chicago in the 2022 Holiday Hoopsgiving. The game is set to tip off at 7:30 p.m. and will air on ACCN.

Notes: Clemson improves to 8-2 overall … Head Coach Brad Brownell is now seven wins shy of 400 with his 393rd career victory … Clemson finished 60.9 percent from three – a season high … with its hot 3-point shooting, the Tigers moved to 5-0 this season when shooting 40.0 percent or better from three and improved to 87-25 under Coach Brownell when they do … Clemson made a season-high 14 threes – tying for eighth-most in a game in program history … PJ Hall notched his third-straight 20-point game this season … Hall had six 20-point games last season and has nine in his career … Hunter Tyson totaled his fourth double-double this season (second consecutive game) and fifth of his career with 20 points and a career-best 14 rebounds … Alex Hemenway collected his fifth double-digit scoring game of the season and is now 11-for-his-last-16 from three … Chase Hunter dished out seven assists – his fourth game this season with seven or more. 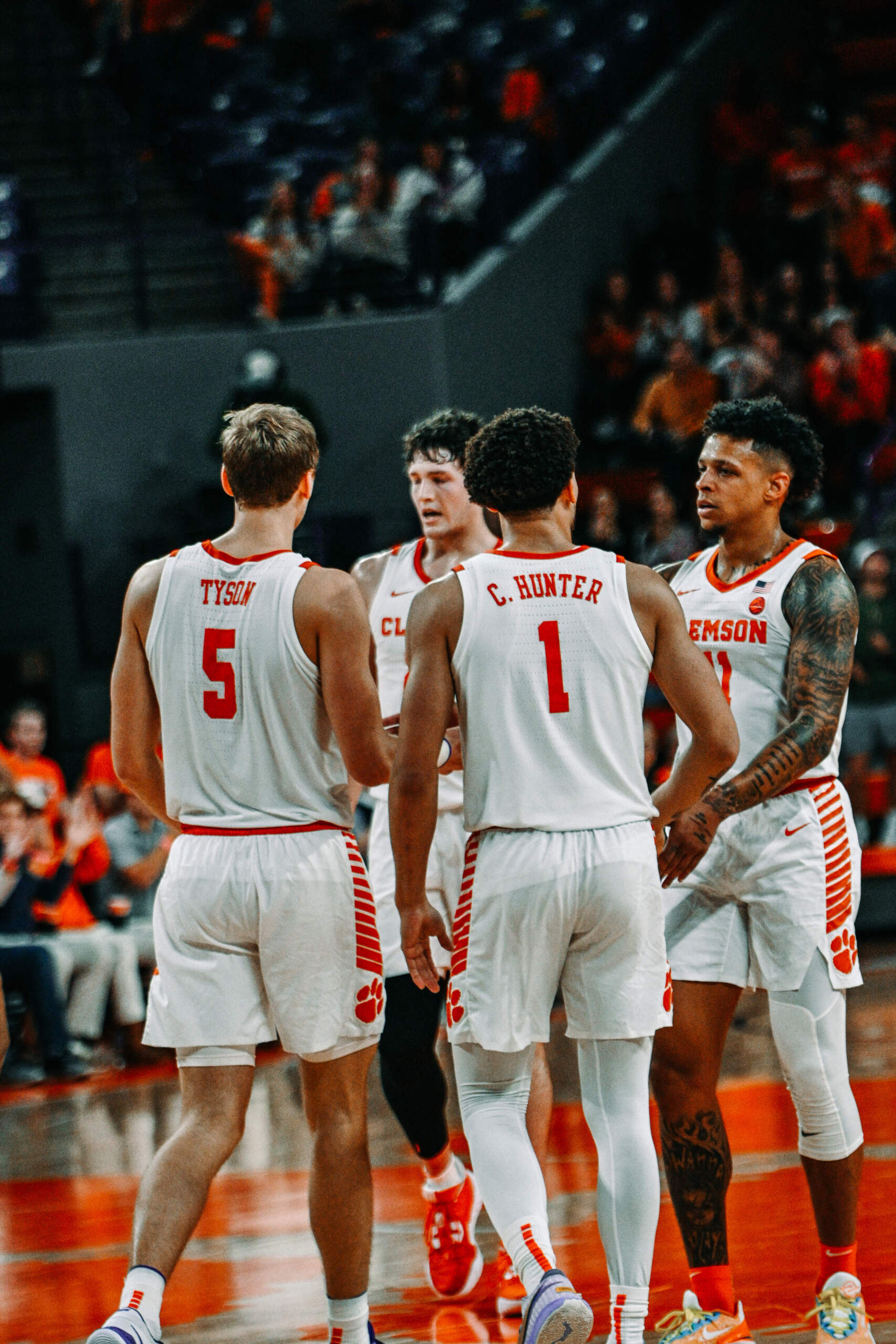 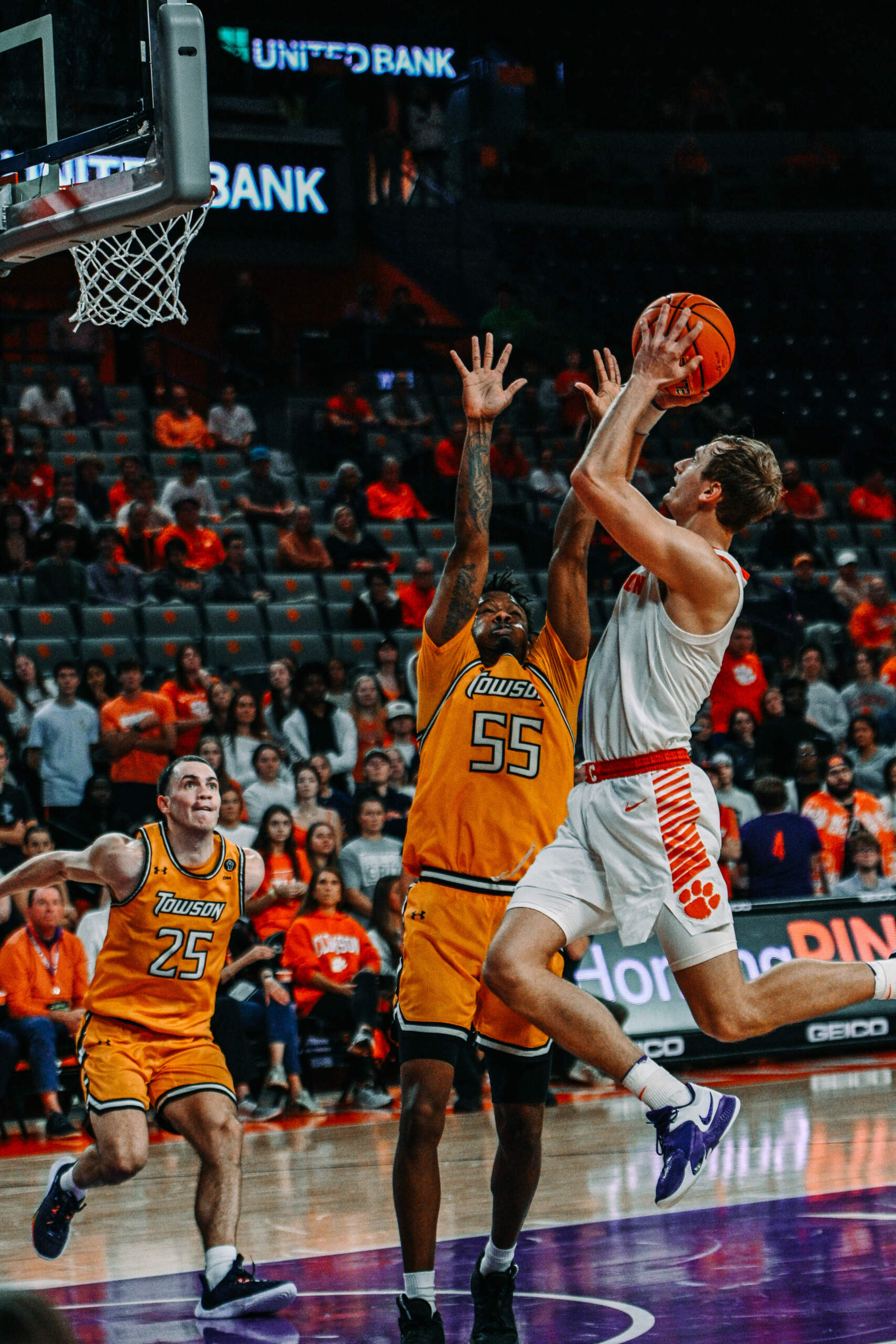 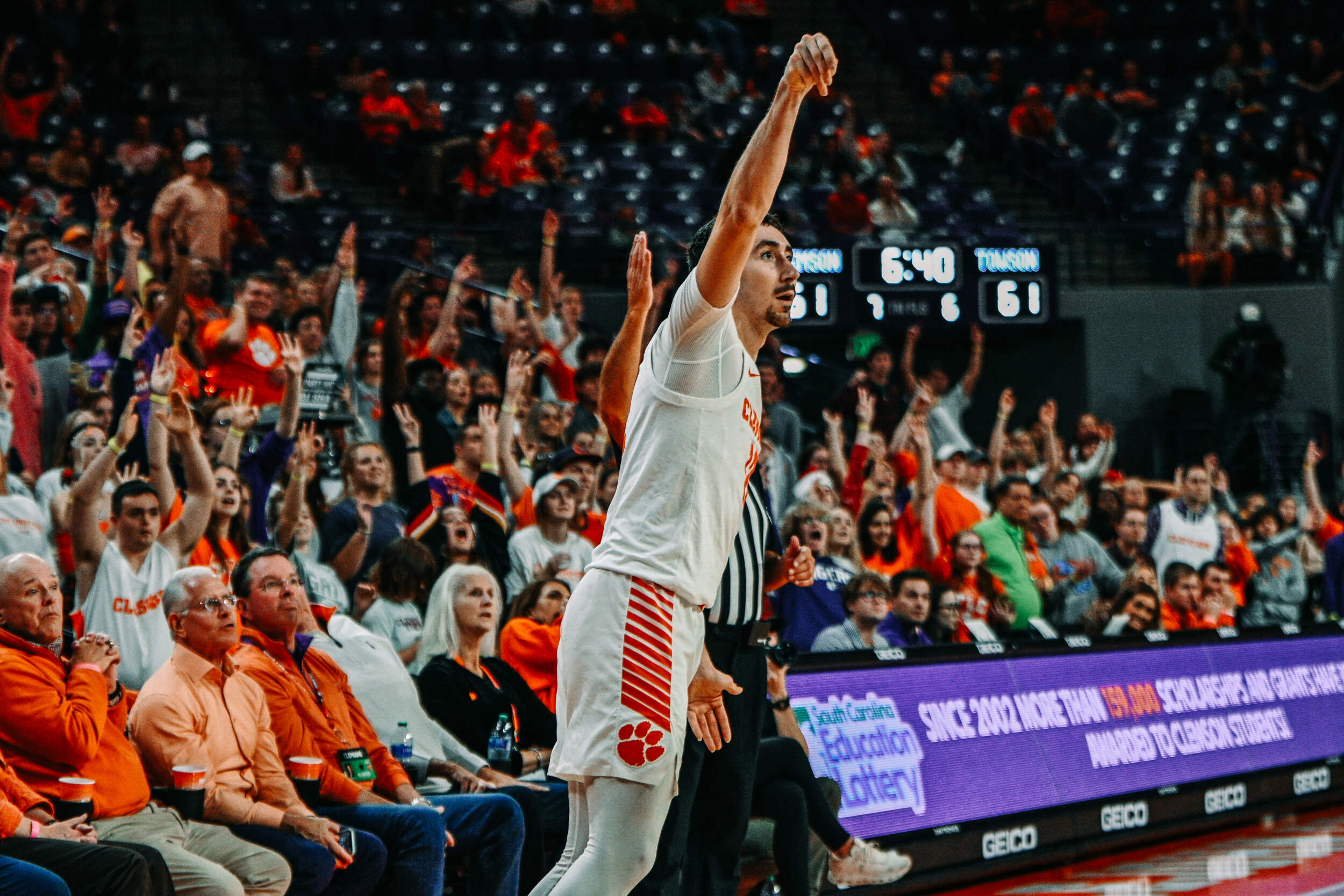 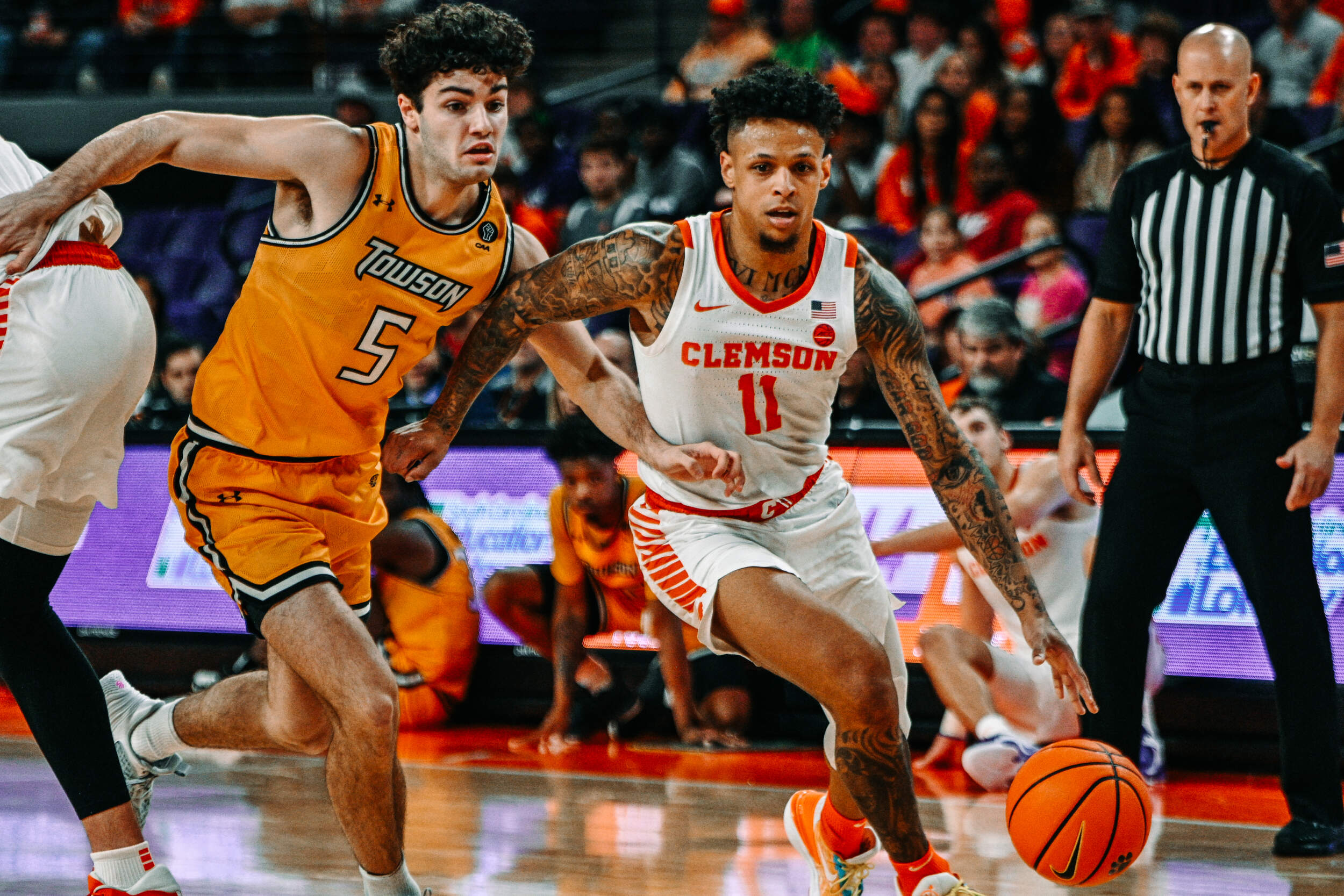 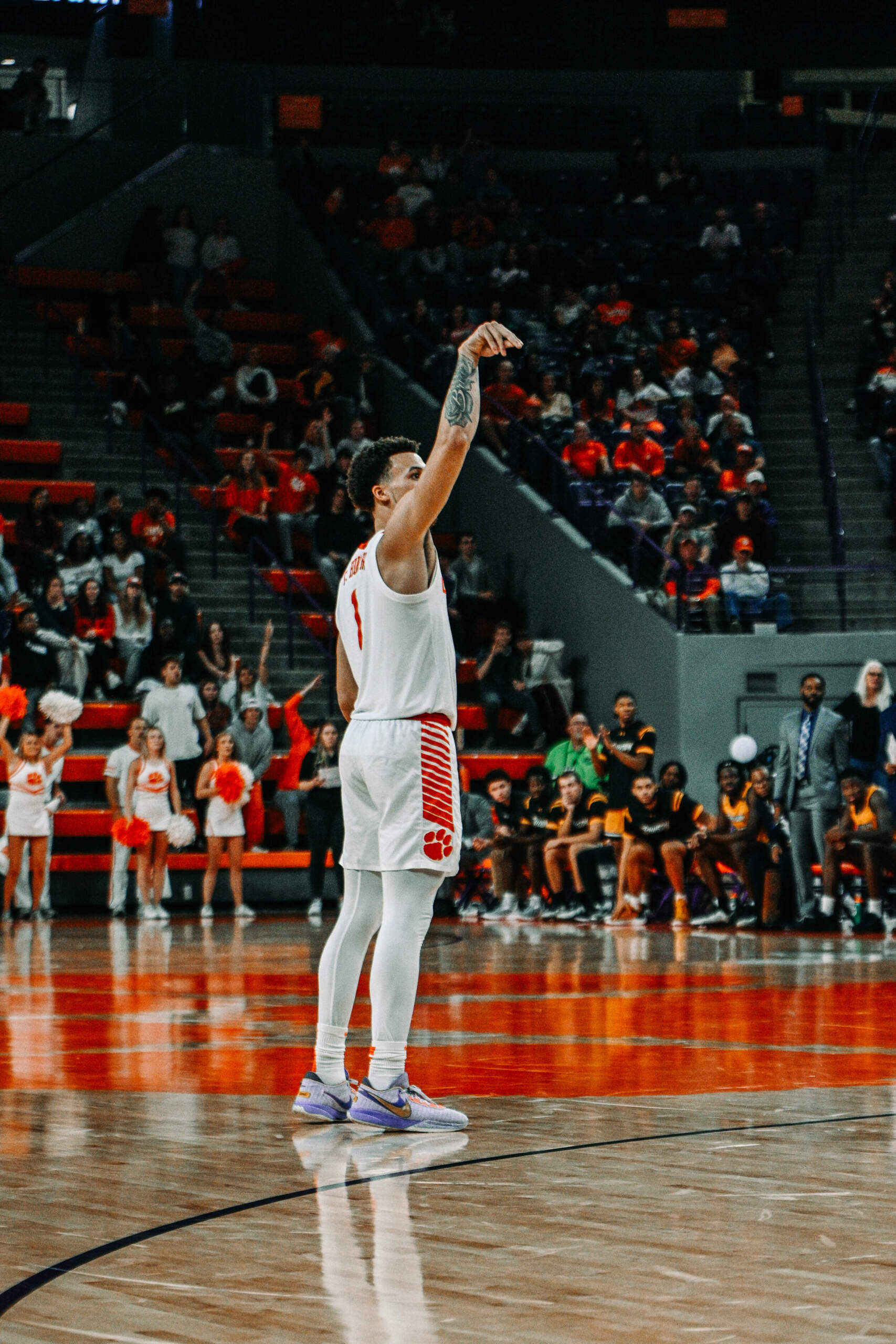 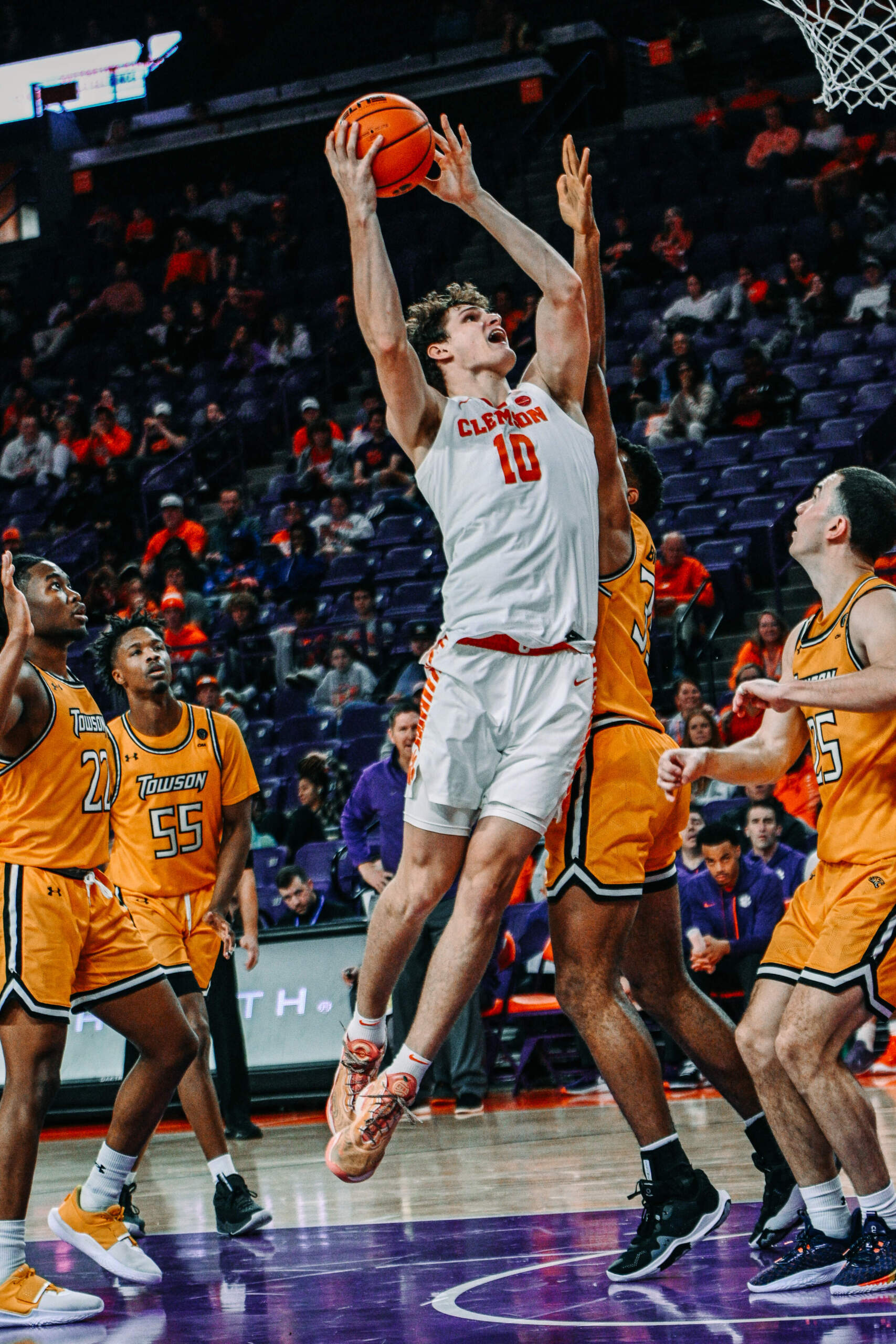 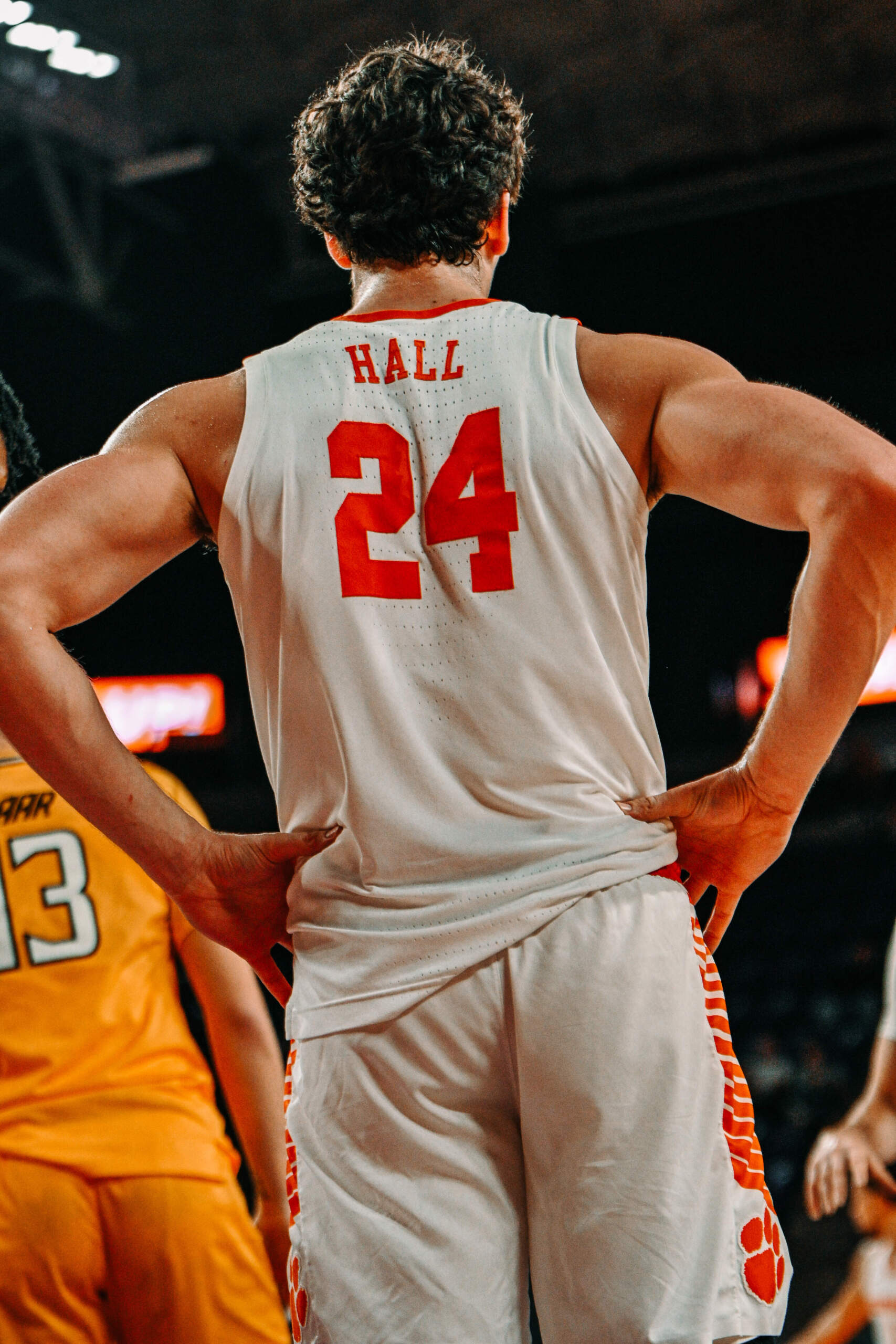 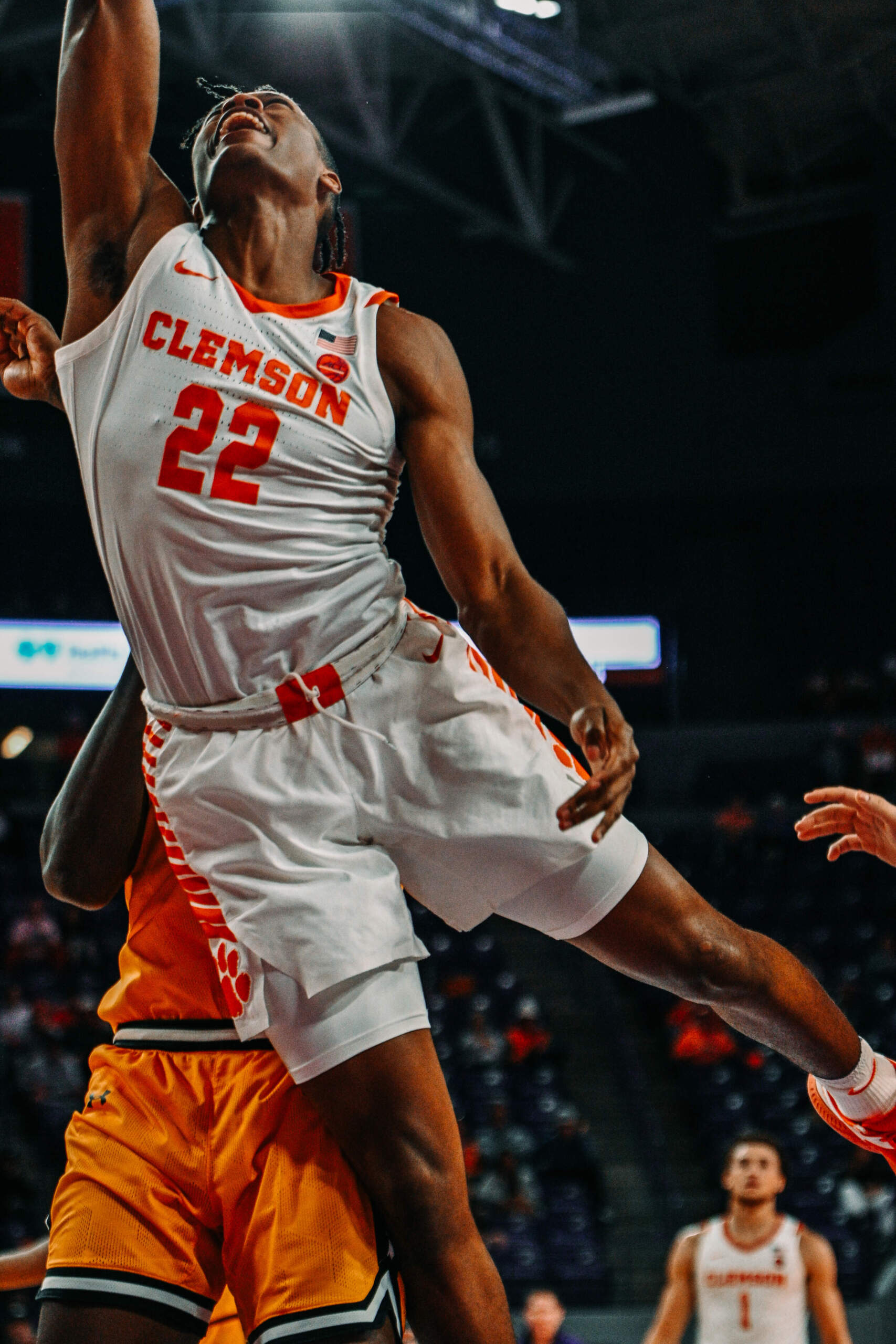 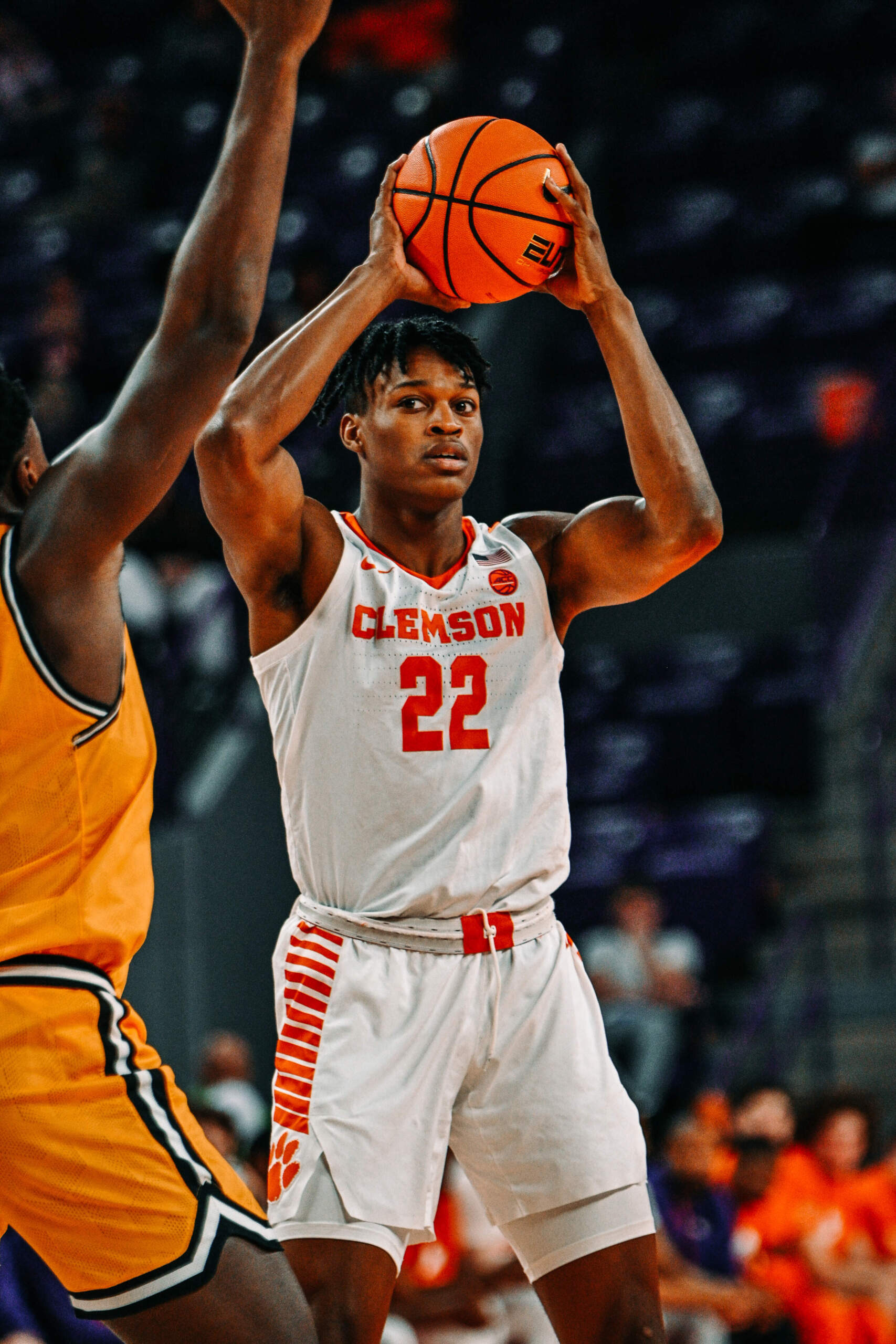 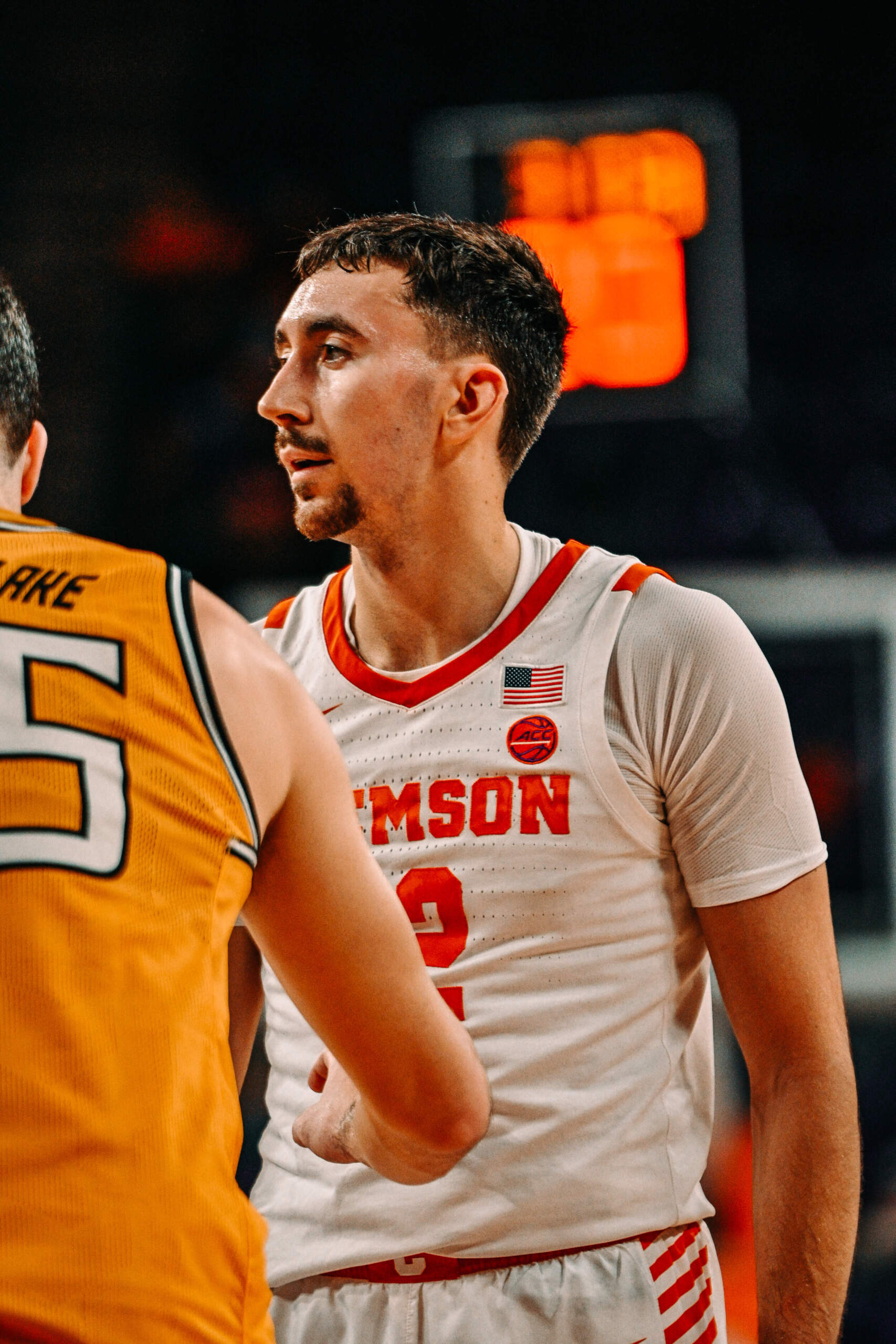