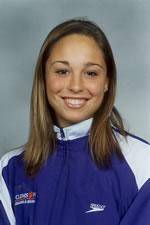 CLEMSON, SC – The Clemson men’s and women’s swimming and diving teams will hold their annual Orange & White intrasquad meet on Friday at 5:00 p.m. at McHugh Natatorium. The Tiger men’s and women’s teams both currently hold a 1-0 record, after opening the season with victories over Louisiana State last Friday.

Against LSU, Clemson’s men’s and women’s teams combined to win 20 out of the 24 events that were contested at the relay meet. Buddy Reed led the men’s team, as he was a member of four winning relay teams on the day. Ryan Cassella, Mark Henly, Brent Hitchcock and Drew Scheerhorn were each members of three first-place relay teams. Eric Shulick won the one-meter diving competition while Caleb Bye took first place in the three-meter for Clemson. On the women’s side, Christine Anseeuw was a member of four first-place relay teams to lead the Tigers. Caroline Boden, Aurelie Gresset, Nicole Kroeger and Kim Routh won three relays apiece for Clemson.

Last season, the Clemson men’s team was 7-4 overall and 3-2 in the ACC, and placed sixth at the 2003 conference championships. Mark Henly was the ACC Champion in the 200 back, while Eric Shulick and Craig Thomas placed second in the one-meter and third in the three-meter respectively, at the conference meet. Shulick competed in the one and three meter diving competitions and Kummer in the 100 fly for the Tigers at the 2003 NCAA Championships.

The Tiger women’s team finished the 2003 season with a 7-6 overall record and a 2-3 conference mark, finishing fifth at the conference meet. The 200 medley relay team of Kim Routh represented Clemson at the NCAA Championships in 2003, competing in the 100 breast and the 500 and 1650 free, respectively.