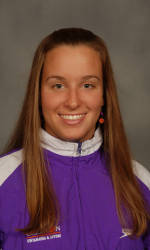 Senior swimmer Sarah Porri likely won’t draw much autograph attention as she motors about campus. At only five-foot-one, she hardly comes off as intimidating and likely passes through many groups of students without the typical whispers of small-town celebrity.

For every C.J. Spiller, Trevor Booker, or Kyle Stanley on a university campus, there are hundreds more who work four years representing their university athletically without the notoriety that their superstar classmates receive.

The NCAA claims that although there are hundreds of thousands of student-athletes, almost all of them go pro in something other than athletics. It seems drastically oversimplified to try and put the value of a person simply by their value to their respective team.

What the NCAA does not do is explain just how much impact one of the “non-pro” student-athletes can have on their community, classmates, teammates, and superiors. A student-athlete’s influence on every group in which they come in contact reaches far outside of their contributions to the team statistically.

But Porri has cast a shadow about campus that far outreaches her stature. She has learned how to make the most of her four years at Clemson and her accomplishments and attitude come from her deep personal desire to enhance anything that she touches.

Porri, a Marietta, Ga. native will graduate in May with a degree in Communications. She has already been accepted to Georgia State, where she will work towards a Master’s in Mass Communications. However, she turned herself on to several characteristics that will pay dividends in a serious way.

To describe a swimmer’s schedule as `busy’ is a severe understatement. Now that her collegiate swimming days are behind her, Porri has begun to focus on her future and adapting the opportunities that Clemson afforded her into life-long lessons.

Remarkably, Porri, and many others like her, endure 5:30 a.m. practices, missed classes, weight training, mandatory academic sessions, and community service efforts for little or no aid. However, it is safe to say that few use it to their advantage and take so much away from all of the efforts for the simple reason that she loves the sport.

Says Porri, “Now that I’m done, I think to myself `wow, how did I manage to get through two practices a day and get to class, and participate in extracurricular activities, and still maintain high academic standards?'”

In addition to her obligations to the swimming team, which typically practices up to 20 hours per week, Porri has also exhibited her talents in many other areas. She has been a four-year staff sports writer for The Tiger newspaper. Additionally, she has posted countless more hours of community service with the coordination efforts of Linda White. She co-wrote the annual edition of the Be a T.I.G.E.R. newspaper. And, if that weren’t enough, Porri has been working closely with her professor as she writes her senior thesis.

For her four years of generally unrecognized toil, she cites the highlight as being her opportunity in February to speak at the IPTAY national convention in Columbia.

“The opportunity to speak in front of 900 plus people at the National IPTAY convention in February was probably the single most amazing night of my life,” recalls Porri with an ear-to-ear smile. “I couldn’t have thought of a better audience to deliver a message of thanks and to give them an inside look into what I go through every day. We are all Tigers and we all stand together. President Barker was in attendance, Dabo [Swinney] was there, Oliver Purnell was there, and I had people come up to me, and tell me about their pride to be a Tiger after I told them about what I do.”

Video of Porri’s Speech at the IPTAY National Convention

The Clemson Swimming and Diving program is routinely among the most well-rounded programs in the nation, placing at NCAA Championships as well as academic All-America teams. The women’s squad has been awarded Clemson’s President’s Pride Cup for two consecutive years. The Cup is presented to the team with the most complete profile of athletic accomplishment, academic aptitude, and community service efforts.

Porri relishes the community service opportunities afforded as she takes the utmost pride in using her position as a student-athlete to influence anyone who comes within earshot.

“I have had the chance to go talk to kids about what it means to `Be a T.I.G.E.R.’ I have been able to talk to underprivileged about character, education and how athletics have changed my life and how I embody these T.I.G.E.R. qualities. I like to bring that message to talk about my experience and maybe inspire them to pursue their dreams.”

Porri has taken her own advice and acts as an ambassador for Clemson in every situation in which she encounters. Her passion for the university borders on obsession, and she is someone who very apparently cherishes her time competing for and representing the Tigers.

“You have to love the sport at this level. No matter if you are doing it for money, or just because it’s in your heart. I love my sport. I’ve been doing it for 12 years, and I’ve dedicated my life to staring at a black line [at the bottom of the pool]. We swim for the moments and for the memories; the friendships that I have made at Clemson. I’m proud to be representing Clemson in any way I can.”

When Porri puts on orange and travels to schools, meetings, or opposing campuses, she carries with her a sense of pride and appreciation for the opportunities and experiences that the Clemson family has provided her. And although she may not be the face of Clemson athletics, she certainly is at the heart of what Solid Orange embodies.

Porri will likely go on to great things after her time in Tigertown, but certainly doesn’t take for granted how the paw has molded her. And, although you may not see her on ESPN or gracing a magazine cover, she certainly personifies and communicates what Clemson swimming is all about. Even though swimming may not get the most publicity, her message is as unifying as it is passionate:

It is safe to say that Porri’s shadow far outreaches her stature.