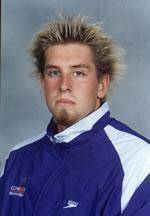 The Clemson men’s and women’s swimming and diving teams fell to top-ranked Auburn Friday afternoon at the McHugh Natatorium. The final score of the men’s competition was 138-96, while the final women’s tally was 158-81. Auburn set four pool records on its way to the dual meet victory.

The Clemson men’s team was led by senior Tommy Rappold who claimed a victory in the 100 fly with a final time of 50.74. Jon Mengering also earned a victory in the 1000 free, posting a time of 9:26.81. Clemson swept the 100 breast as Andy Bergren , Atilla Ruszka, and Will Dorris took the top three positions. Clemson finished its scoring in the 400 free relay with a top time of 3:12.74.

The Lady Tigers were led by All-American Kim Routh, who earned a victory in the 500 free with a time of 4:54.71 and a second place finish in the 1000 free with a final time of 10:04.37. Clemson swept the 100 breast competition as Ashley Shafer, Aurelie Gresset, and Sarah Cefalu earned the top three spots. The Lady Tigers also placed first and second in the 400 free relay with a winning time of 3:39.37.

With the loss, Clemson falls to 4-5 overall. Clemson returns to action next Saturday when the Tigers play host to North Carolina.