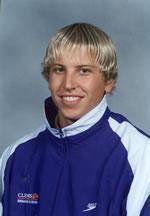 The Clemson men’s and women’s swimming and diving teams were defeated by #14/15 North Carolina in an Atlantic Coast Conference meet on Saturday at the McHugh Natatorium. Them men’s final score was 172-128, while the final women’s tally was 218-82.

The Clemson men earned their first event victory in the 200 free as Buddy Reed finished with a time of 1:40.77, matching his season-best time. Attila Ruszka and Andy Bergren finished one-two in the 100 breast, and then switched places as Bergren won the 200 IM and Ruszka finished second. Clemson freshmen Mark Vahle and Stephen Russell earned the top two spots in the 50 free, with Vahle finishing with a top time of 20.71. Reed managed his second event victory winning the 100 free with a time of 46.88. Jon Mengering was victorious in the 500 free with a winning time of 4:34.29.

With the loss, Clemson’s swimming and diving teams both fall to 4-6 overall this season, 1-3 in the ACC. The Lady Tigers return to action on Friday as they play host to Gardner-Webb. The Tigers resume ACC play next Saturday in a dual meet at Georgia Tech.