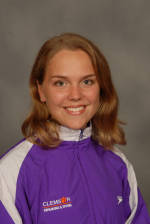 BOCA RATON, FL – The Clemson Men’s and Women’s Swimming and Diving teams competed against Florida Atlantic on Friday afternoon at FAU Pool, with the women picking up a 155-83 win and the men defeating FAU 176.5-64.5. The women improved their record to 3-3 (1-2 ACC) with the victory, while the men are now 2-4 (0-3 ACC) in dual-meet action.

Clemson improved to 15-0 all-time against the Owls in both men’s and women’s swimming and diving.

The Tigers got a strong effort from senior captain Rachel Regone, who won the 50 free, 100 free, and 400 medley relay. Katrina Obas was on the winning relay as well, and also had the fastest time in the 200 IM and 100 breast of all the competitors. Michelle Parkhurst won the 200 free and 100 back for the Tigers as well.

Cassy LaRussa led a strong Tiger charge in the distance events, as she won both the 500 and 1000 free. Clemson finished first through fourth in the 1000 free and held five of the top six spots in the 500 free. Lauren Sindall provided points in the 50 free and 100 free, finishing just behind Regone in each.

On the diving events, Ali Zacker third and Cassie Self fourth. On the three-meter, which was abbreviated to due to the diving team’s need to catch a flight to Knoxville, George, Self, and Zacker took second, third, and fifth, respectively.

On the men’s side, David Giambra led the team with wins in the one and three meter events. Additionally, Ryan McDaniel chipped in with a pair of second-placed finishes, as the Tigers swept both diving events.

Matt Angelini and Chris Reinke finished second and third in the 100 free to help the Tigers cause, while Tome Recko and Chris Dart held the same places in the 100 back. Brian Possee teamed up to take second in the 400 free relay, coming in just behind LSU.

The diving team will now head to Knoxville to compete in the Tennessee Diving Invite, which will last from Jan. 3-5. The swimming team will be off until an ACC dual-meet against NC State on Saturday, Jan. 10 at 11:00 am in McHugh Natatorium.