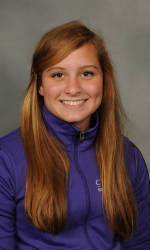 ATLANTA, GA – The Clemson men’s and women’s swimming and diving teams finished the Georgia Tech Invitational on Sunday afternoon with both teams taking third place in a meet that featured some of the top athletes in the country. The women’s team finished with 471 points and the men had 486 points.

Clemson had another relay team earn a NCAA-B time as the men’s group of sophomores Seth Broster, Myles Oliver, Chris Reinke and Chris Dart took third in the 400 free relay with a time of 3:00.80.

The men had another great showing as they had four men in the finals for the 100 free. Matt Angelini scored for the Tigers with a seventh place finish in the 200 butterfly.

The women had a pair of scorers in the 1650 free as Sarah Smith and Mandy Snell finished seventh and tenth respectively. Freshman Sarah Andrews took fifth in the 200 backstroke with a time of 2:00.67 which puts her eighth all-time at Clemson. Fellow freshman Meg Anderson had another great race as she took second in the 100 free with a career best time of 50.62 to move her into eighth all-time at Clemson.

Senior Katrina Obas took fourth in the 200 breaststroke and junior Meggie Mizelle took fifth in the 200 butterfly for the Tigers.

The Tigers will have a break before they face Florida Atlantic in Boca Raton, FL on December 18.