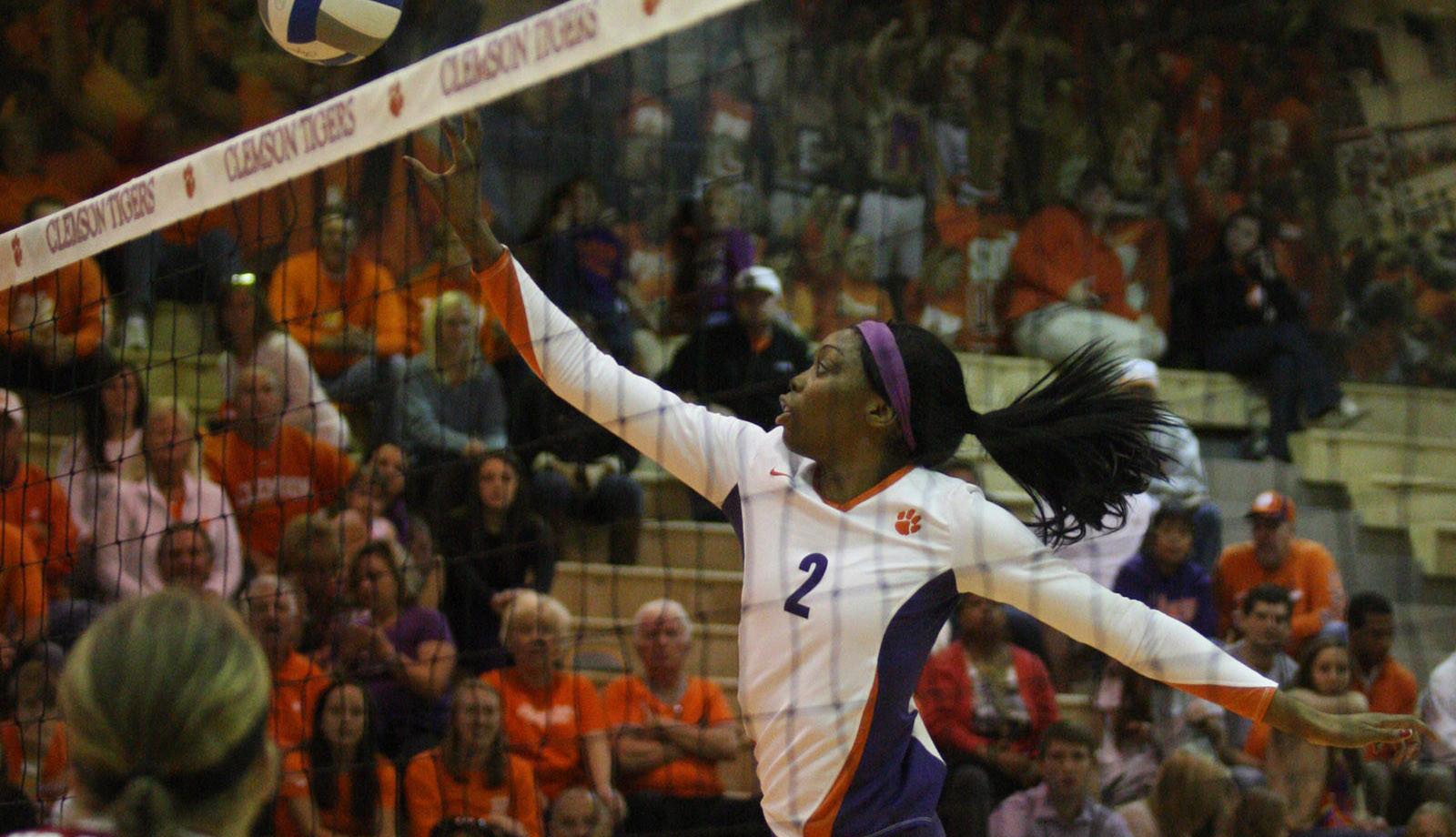 Sandra Adeleye led Clemson with 11 kills and six blocks on her 21st birthday, while Mo Simmons tallied her 10th double-double of the season with 10 kills and a team-best 14 digs. The Tigers increased their hitting percentage in each set, capped with a .382 mark in the third set and a .229 mark overall. Wake, by contrast, hit just .102 in the contest.

Hannah Brenner had 36 assists, six digs, and three blocks, and found an assist on .392 percent of her set attempts. Alexa Rand provided another strong option, tallying eight kills, hitting .429 and getting in on four blocks.

Senior Natalie Patzin had eight digs, and moved into third on the all-time list with 1,428 in her career, moving past Anna Vallinch (2004-06).

Clemson allowed just one ace in the match, and were able to side out on 44-60 Wake Forest service attempts, a rate of 73 percent.

The Tigers improved to 29-12 all-time against Wake Forest, and have now won four straight in the series.

Wake threatened to take the first set as the grabbed a 24-21 lead on the Tigers, setting up triple set point. Brenner then found Yaz and Rand for back-to-back kills. Rand and Simmons then combined on a block to tie the match at 24-24. A pair of consecutive Wake attack errors sealed it for the Tigers.

In the second set, Clemson held a 19-18 lead after a 5-1 Wake run. The Tigers then scored two straight kills to Faust and Adeleye to take a 21-18 lead. The teams traded sideouts to 23-20, before Adeleye and Brenner stepped in on a block to set up set point. Faust’s serve went into the set, but on the ensuing play, Ashlee Rusk missed her attack for a 25-21 Clemson win.

The third set was all Tigers after running out to a 7-3 lead after five straight points. After trading points through the middle of the set, the Tigers scored on eight of nine points to take a 21-10 lead. Adeleye and Brenner each had a pair of kills during the run. Simmons later put down her 10th kill of the match to set up match point, which Clemson got when Yaz and Rand stepped in front of an Ashlee Rusk attack to clinch the match.

The Tigers have just two regular season matches left, beginning Friday. The Tigers will close the season on Tuesday, Nov. 20 with Georgia Tech at home at 5:00 pm.