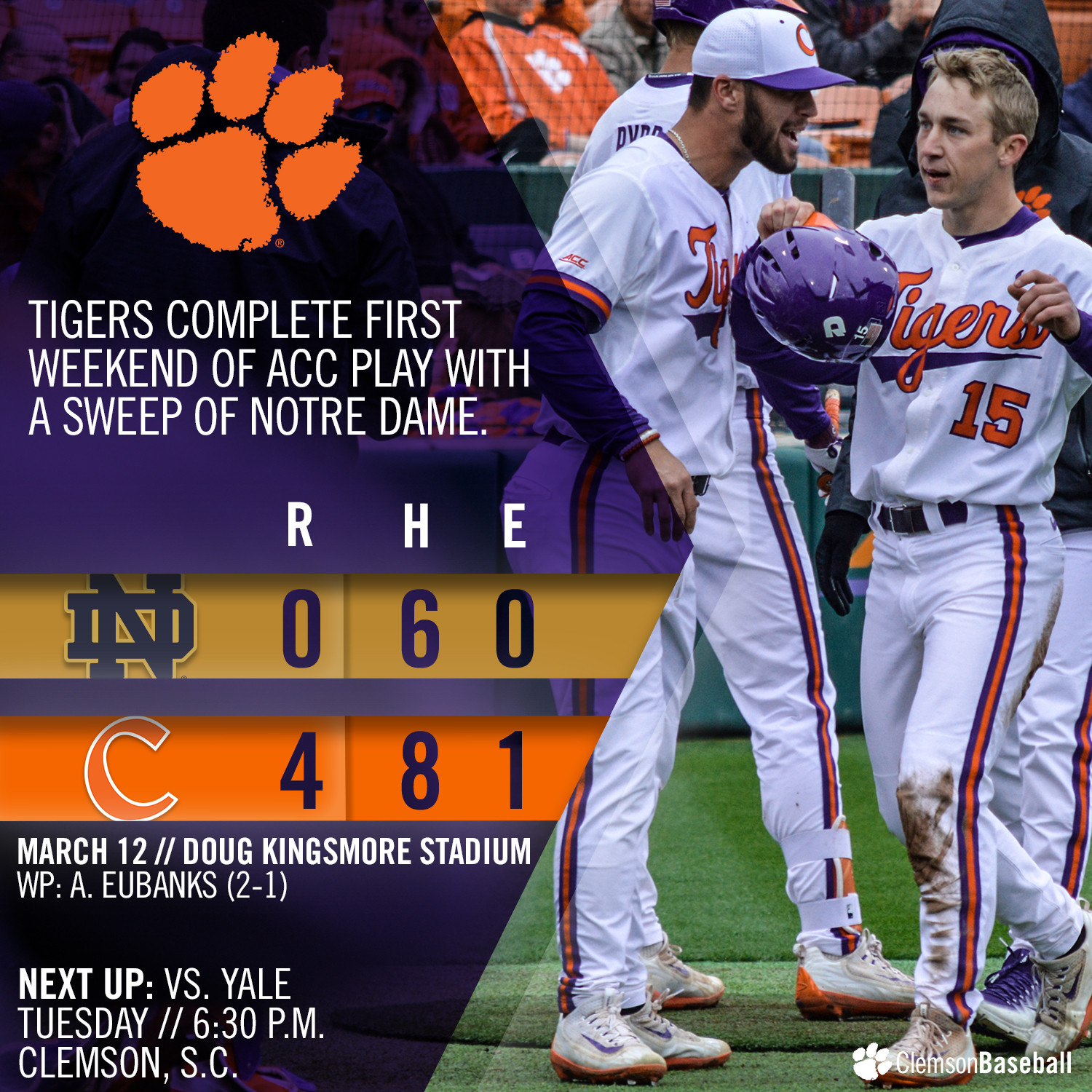 CLEMSON, S.C. – Alex Eubanks pitched 7.0 scoreless innings to lead No. 9 Clemson to a 4-0 victory over Notre Dame at Doug Kingsmore Stadium on Sunday afternoon. The Tigers, who swept the series 3-0 and won their 11th game in a row against an ACC team dating to 2016, improved to 12-3 overall and 3-0 in the ACC. The Fighting Irish fell to 3-11 overall and 0-3 in ACC play.

Chris Williams gave Clemson, who won its sixth game in a row, the lead in the first inning on a run-scoring single, then Robert Jolly lofted a sacrifice fly in the third inning. Andrew Cox and Weston Jackson hit one-out singles in the fourth inning and scored without the benefit of a hit.

The Tigers host Yale in a two-game, midweek series beginning Tuesday at 4 p.m., on ACC Network Extra. Tuesday is $1 Hot Dog Night. Fans can also buy one regular-price ticket and get one of equal value for free.