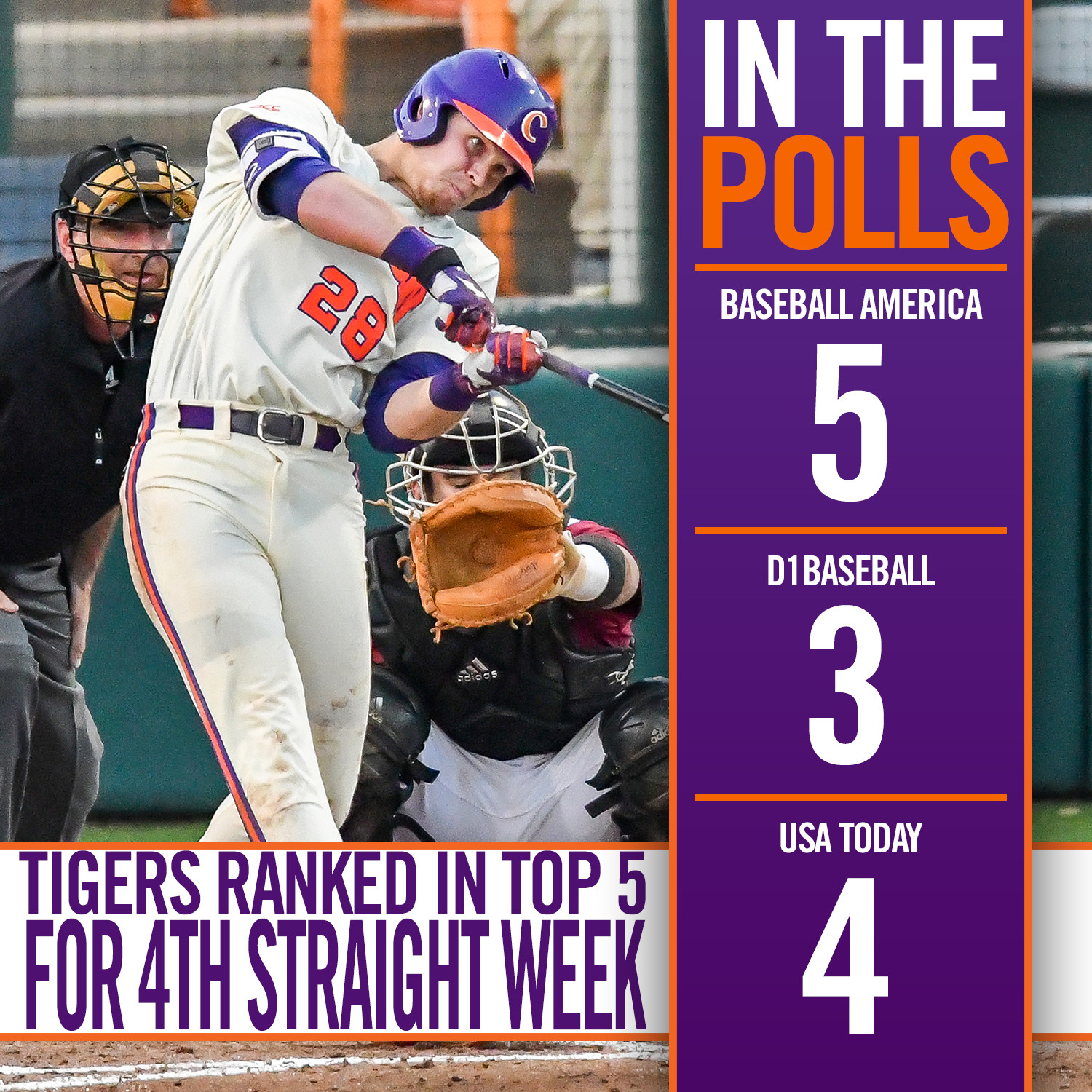 TALLAHASSEE, FLA. – The Tigers were ranked in the top five of the polls for the fourth straight week. Clemson moved up to No. 3 in this week’s D1Baseball poll along with being ranked No. 5 by Baseball America and Collegiate Baseball and No. 4 in the USA Today coaches poll. Clemson (30-6, 14-3 ACC) won two of three games last week, including splitting the first two games of the three-game series at No. 25 Florida State.

It marked the 17th week in a row (dating to 2016) the Tigers were ranked in the top 25 of at least one of the polls and the seventh-straight week ranked in the top 10 by Baseball America. Clemson, who is 29-4 in its last 33 games, plays five contests this week. The Tigers and Seminoles conclude their series on Monday at 7 p.m., on ESPNU. Clemson then hosts Georgia on Wednesday night before facing No. 17 Wake Forest at Doug Kingsmore Stadium in a three-game series starting Friday night.