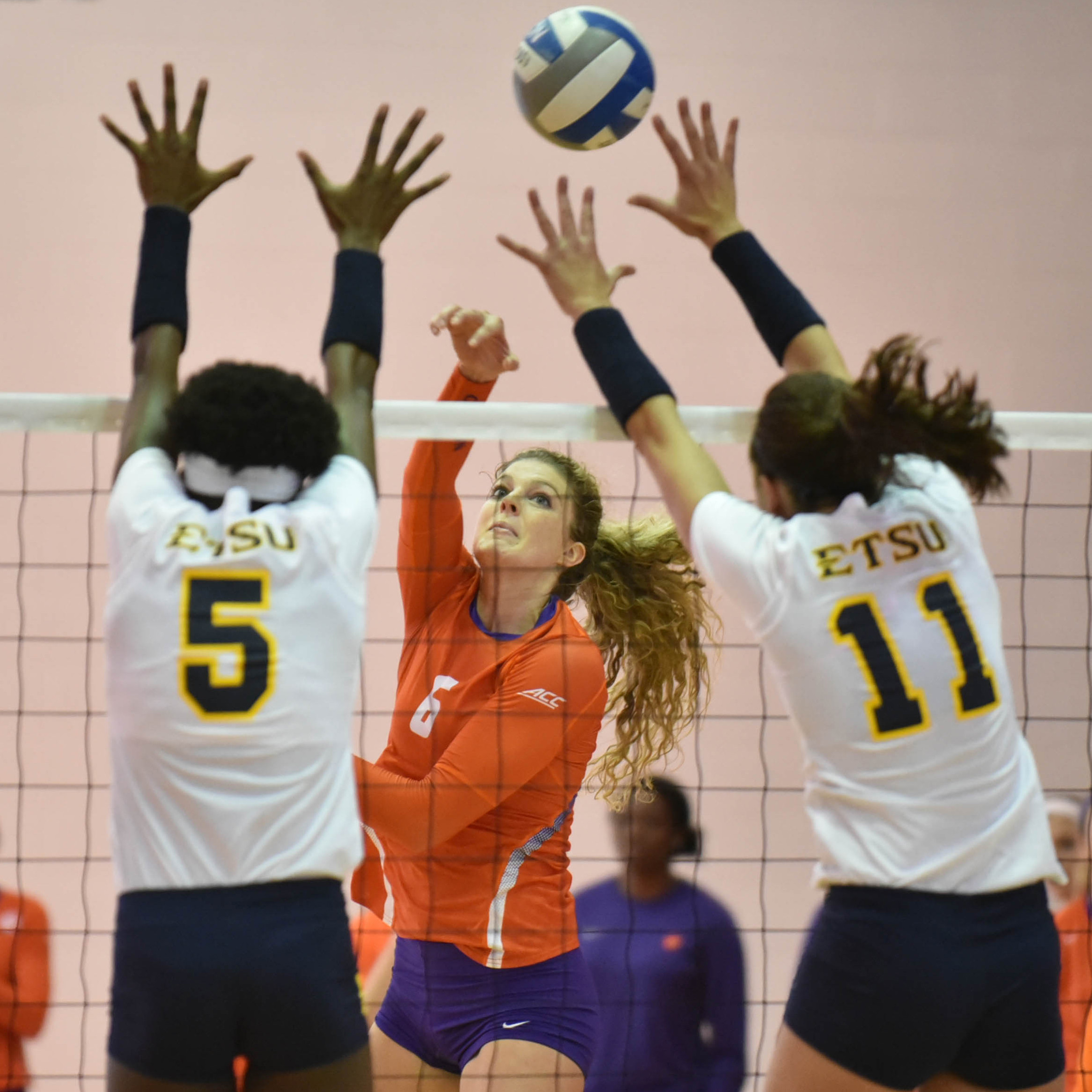 Clemson Slighted By UTSA In Five

“We had a hard time getting it going this morning,” said head coach, Hugh Hernesman. “One thing I’m seeing is, when going against really good teams, you’re going to have tough stretches. I felt like after the first two sets in the first match, I was really proud of how we came back and competed in the third.”

Kailey Harvell led the attack with seven kills while Leah Perri finished with six. Kate Federico tallied 15 assists and Keelie Arneson finished with as many digs. Defense was a team effort as four other players had five digs or more.

“In the evening match, we went down 2-1 in that third set. It was one of those sets where we could’ve easily rolled over but we fought real hard and it was looking good at the end of the fourth set and we made some crucial clutch plays to push to a fifth.”

Clemson was just a point away from defeat in the fourth set but back-to-back kills by Perri and a block assist from Irem Bayramoglu and Megan McGinley sealed UTSA’s fate in the fourth a the Tigers forced a fifth set.

“What we’re taking out of this is the way we fought and when things didn’t look good, that fight was there.”

“They look to her. They really look to her and I think that might be a new role for Leah. She’s still adapting to being an offensive leader. Last year she was on a team full of seniors. I don’t think there were a whole lot of leadership opportunities for her so she’s growing in that role.”

Federico tallied 11 assists in each of the sets Perri flourished, eventually finishing with 35 assists on the night with eight kills and 13 digs. The performance is her fifth double-double this season.

“I think Kate did a great job of getting Leah the ball in really good situations for her to kill it but at the end of the day she’s got to finish and she was able to do that. She had a great match, we like to have a little more balance than that but I know why she gets the ball all the time is because there’s a lot of confidence there and she wants that ball, she barks for it. I think that’s something our younger players can really learn from.”

Arneson finished the day with 44 digs, 15 in the first match and 29 in the second. She is now 65 digs away from breaking into the NCAA’s all-time list of top 25 career digs leaders. Lou Davis and Kennedy Wilson-Talmadge also added 13 digs, some of which in crucial situations.

“When we play well is when our defensive players make big plays and that’s not just Keelie and that’s not just Lou and that’s not just Kennedy but it’s Kate, it’s Leah, it’s Kailey, etc. So I think when we can get locked in on both ends is when we’re at our best. I think Keelie leads the way there but I think Lou always does a nice job in her role of putting pressure on teams from the service line, making good plays and allowing us to score in transition.

Also, sparking the Tigers were Sofia Hruby and Megan McGinley. Hruby tallied five blocks against UTSA and McGinley finished with five on the day.

“What I saw from the freshmen middles today was their ability to adapt to some things we maybe didn’t see in scouting. I think when they get blocks is when they are really good with seeing the floor, using their eyes, seeing patterns, tendencies and the approach patterns for hitters and knowing what people want to do within their offense but also knowing how individuals are trying to score. I think they progressed a little bit in that and when they were getting blocks it was real attention to detail and good mental focus from them.”

Clemson is back in action against TCU tomorrow at 2:00 p.m. 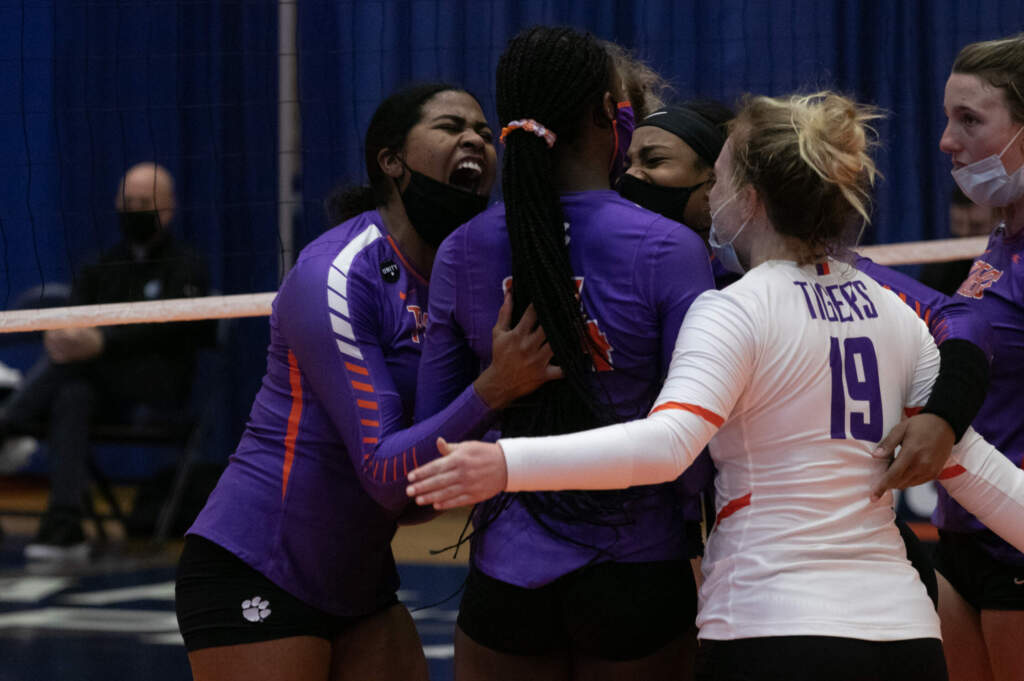