“We are excited to welcome both Chauncey’s and RJ to our Clemson Basketball family,” expressed Brownell. “All three will add a level of excitement and energy to our program that I know our team and fans will enjoy. We identified these three as young men who not only fit Clemson, but our program culture and we expect them to be big contributors in the future.” 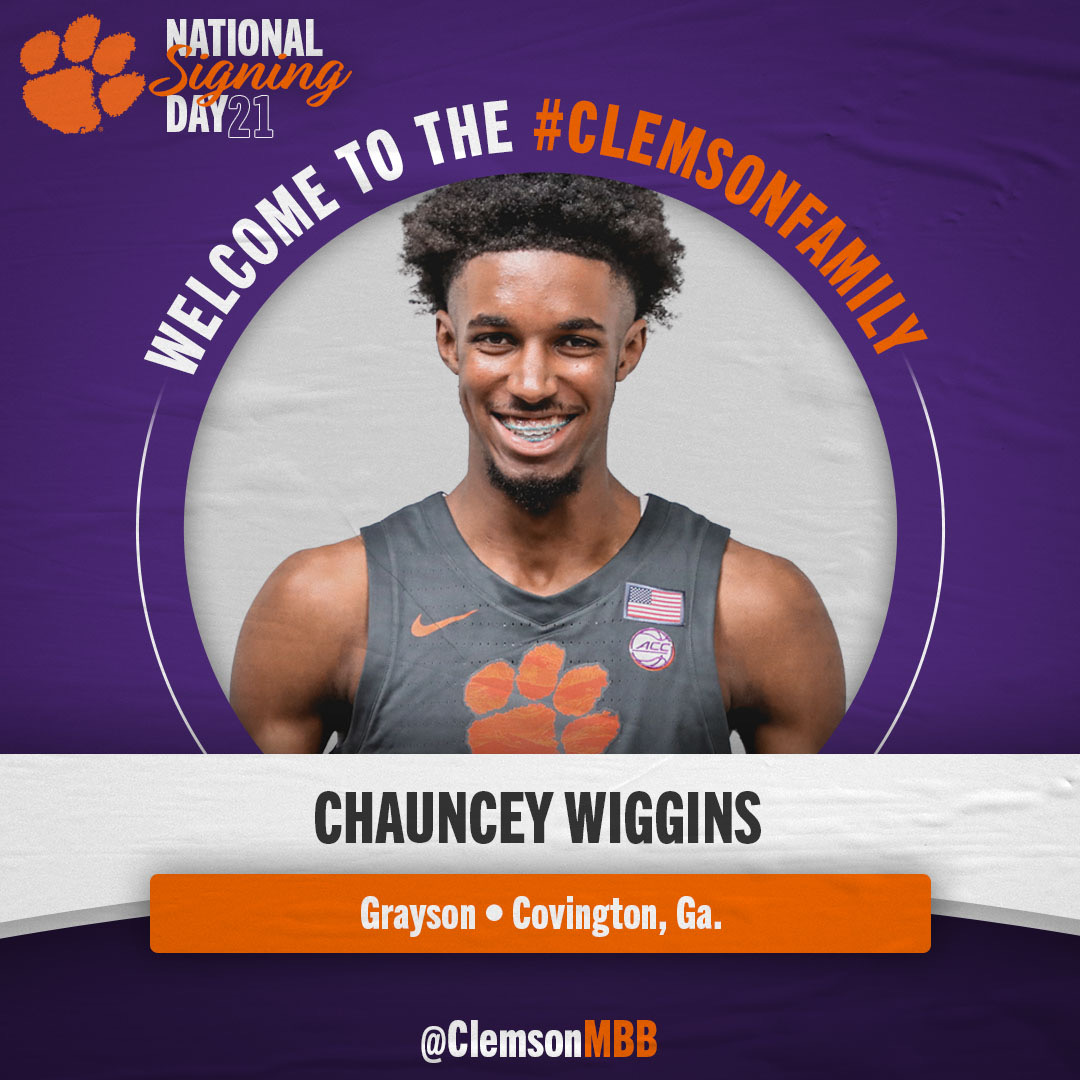 Wiggins is a 6-9, 205-pound forward from Covington, Ga. and is rated a three-star prospect, according to 247Sports and Rivals. Wiggins averaged 12.1 points, 6.6 rebounds, 2.3 assists, 1.2 steals and 1.8 blocks per game last season for Grayson. He was high school teammates with current Tiger Ian Schieffelin (Loganville, Ga./Grayson).

“Chauncey is a skilled forward who has great size for his position,” said Brownell. “His ability to shoot the ball well will help us to continue to play with a spread floor on offense. It makes him a very versatile player for us, and we’re excited to add him to our program.”

Wiggins is ranked as the fourth-best player in the 2022 class from the state of Georgia and is a Top 150 player according to 247Sports. 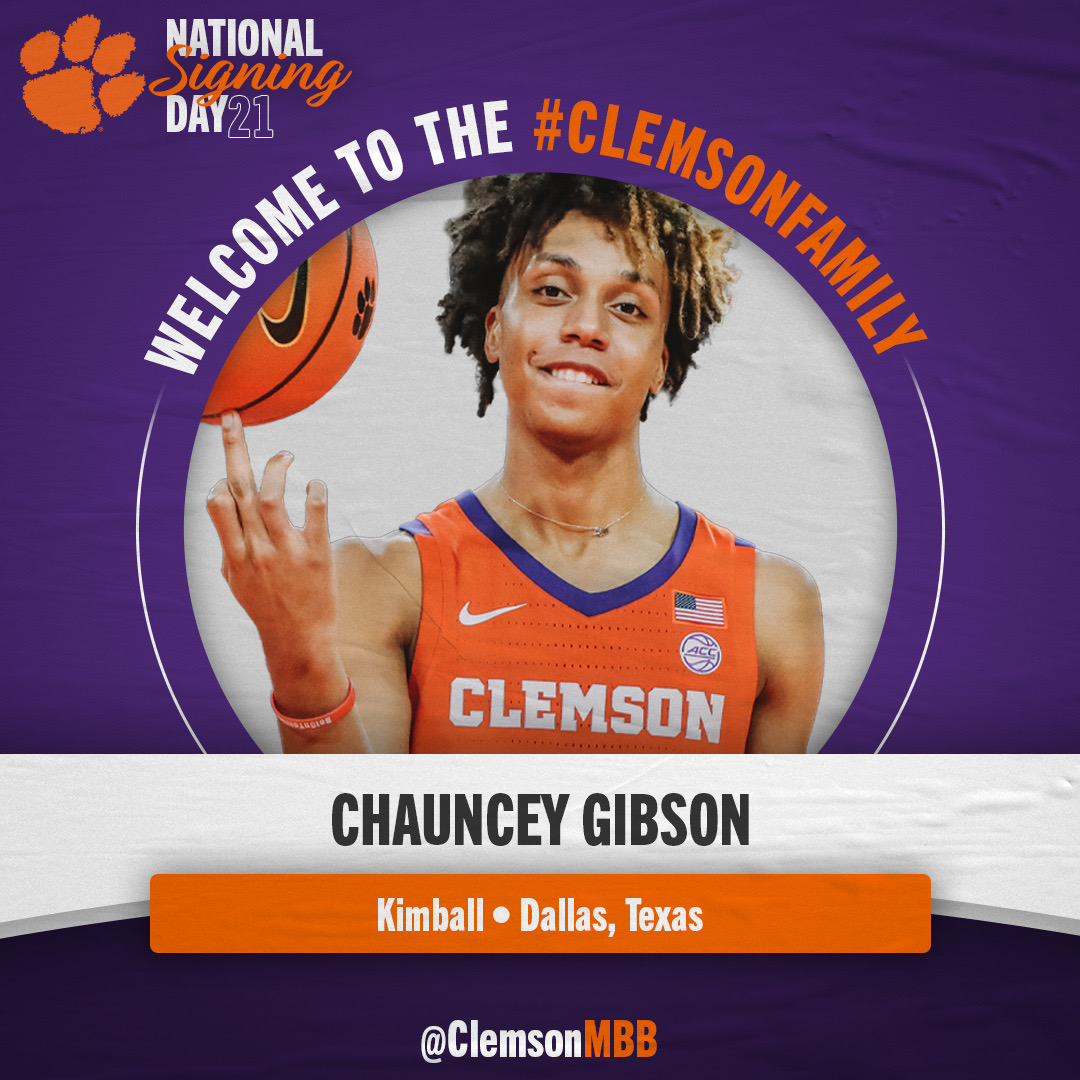 Gibson is a 6-5, 190-pound combo guard from Dallas, Texas and is rated as a three-star prospect by 247Sports and Rivals. Gibson averaged 17.6 points, 7.0 rebounds and 5.0 assists per game last season for Kimball High School.

“Chauncey gives us the element of a bigger guard who has a good feel for the game,” said Brownell. “He shoots the ball well with deep range and we’re excited to add his all-around game to our backcourt.”

Gibson is listed as the No. 23 player in the state of Texas by Blue Zurtuche and Texas Basketball Review.

He chose Clemson over SMU, Old Dominion and Texas Tech. 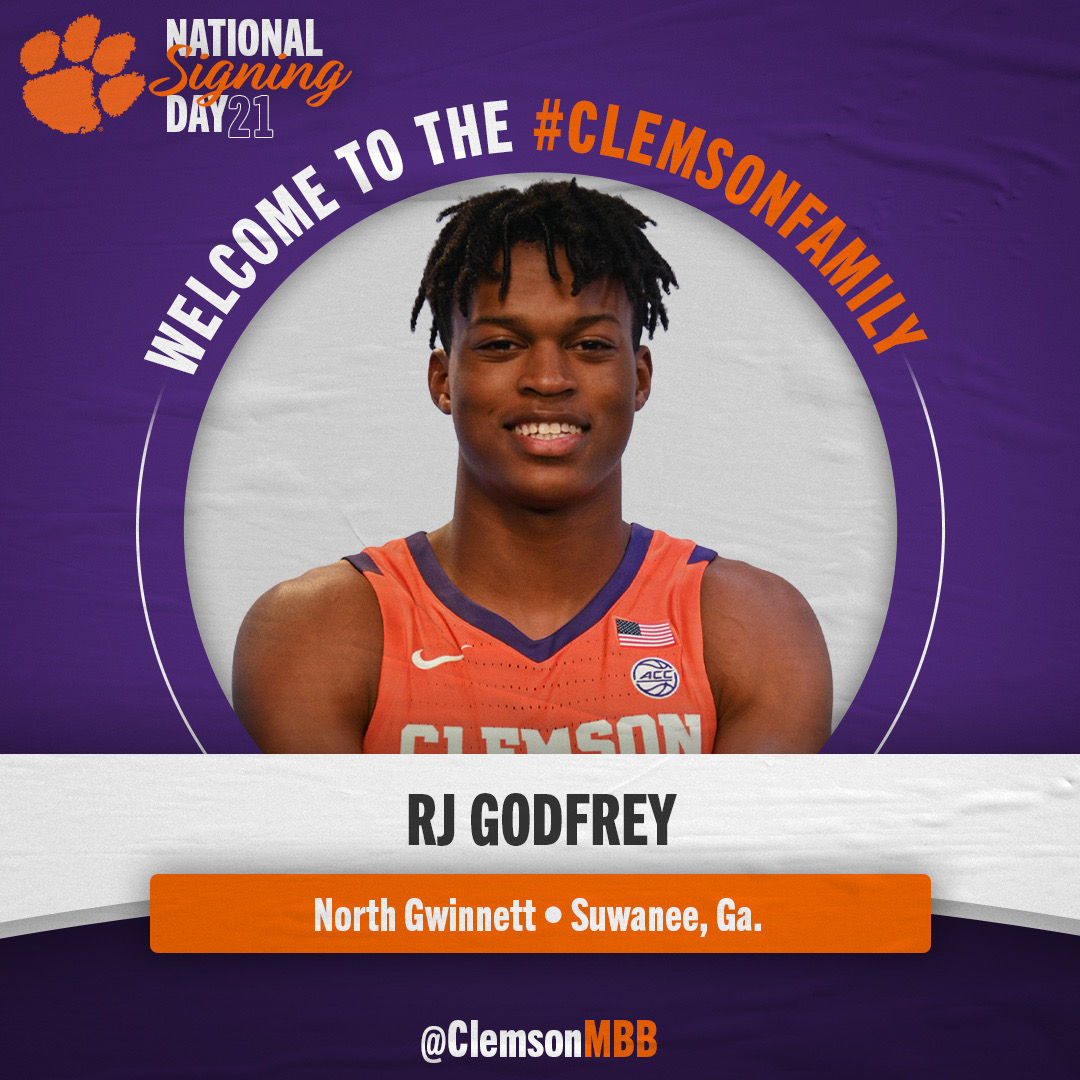 “RJ is another talented forward who possess the size and strength to play to be an immediate contributor on next year’s team. He is an excellent dribbler and passer for someone of his size and he will be an exciting player for our fans to enjoy.”