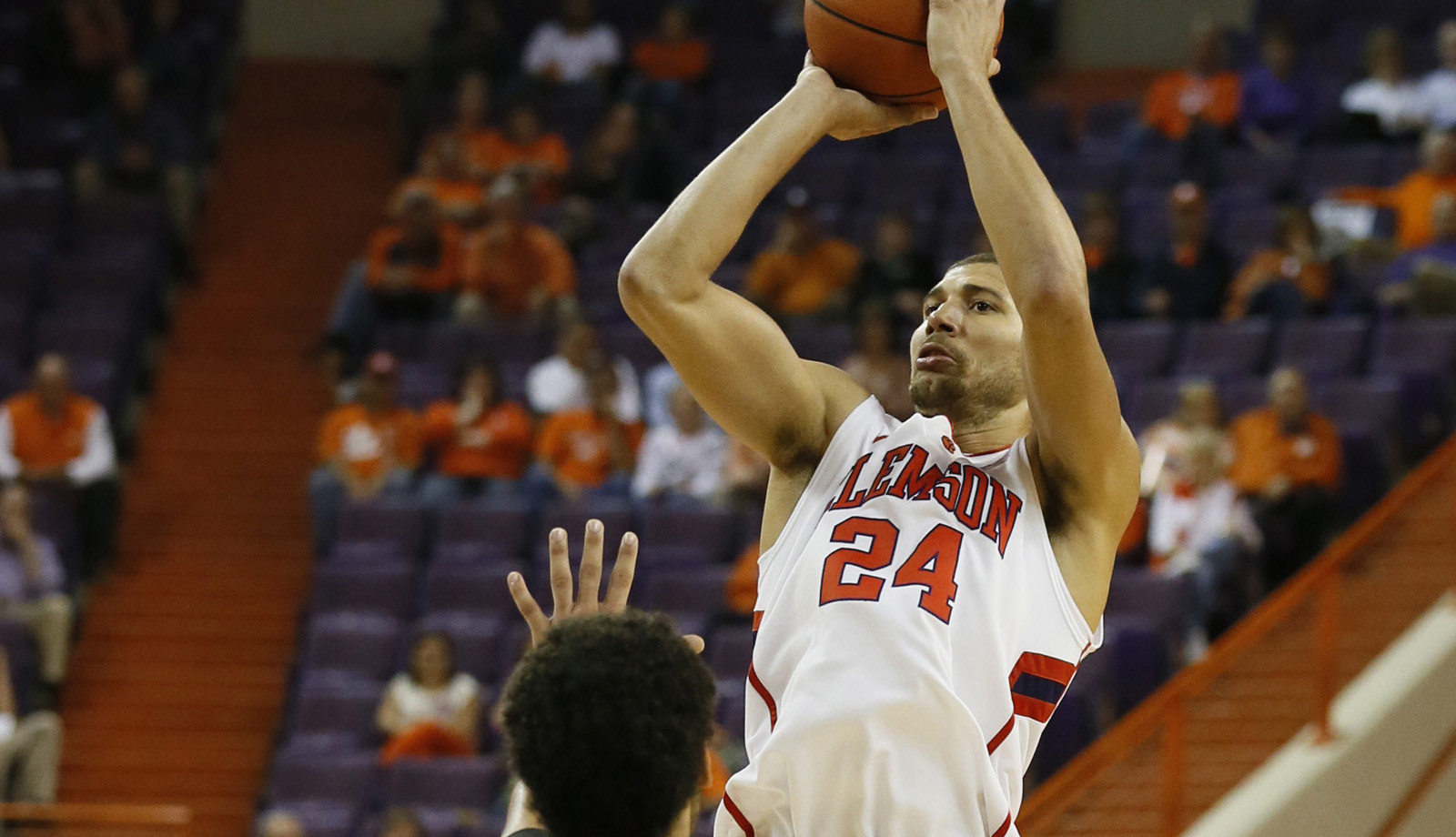 Clemson Shoots Down UTEP, 69-48, in Second Round of Old Spice Classic

ORLANDO, FL – Clemson made 10-of-12 three-point goals in the opening half to propel the Tigers to a 69-48 victory over UTEP in the second round of the Old Spice Classic at HP Field House. The Tigers, who moved to 3-1 with the victory, will face Marist in the fifth place game on Sunday, Nov. 25 at 11:30 AM. The game will be televised by ESPNU and carried on the Clemson Radio Network affiliates as well.The Tigers finished the game hitting 75 percent of their three-point attempts, 12 out of 16. The percentage was fifth-best for a single game in school history. The percentage established an Old Spice Classic record for single-game accuracy from behind the arc. Clemson also moved to 15-1 all-time under Head Coach Brad Brownell when holding its opponent to 50 points or less.Clemson had three players in double figures, led by Milton Jennings, who had a season-high 18 points. He made 5-of-8 field goals, including 4-of-5 from three, and all four of his free throw attempts. He added seven rebounds in a fine all-around effort. K.J. McDaniels added a career-best 17, making 6-of-8 overall and all four of his three-point attempts. He added six boards. Adonis Filer reached 10 points for the second straight game, scoring eight in the final half. On the boards, Clemson’s Devin Booker had a game-high 10 to lead the Tigers to a +9 advantage for the game.Clemson made its first six three-pointers in the game and took an early 12-point lead at 15-3 just one media timeout into the contest. Jennings, McDaniels and Sapp each hit two apiece as the Tigers extended its lead to 22-7 at the 11:49 mark after an inside basket by McDaniels. The Tigers had their largest lead of the half at 38-18 when McDaniels hit his fourth trifecta of the opening frame, but UTEP answered strongly with an 8-0 run over the final 3:30 to pull within 12 at intermission. Clemson’s 10-for-12 performance in the opening half behind the arc was its best since a 9-for-9 second half effort from deep in a win over Georgia Tech. Jennings made the lead 45-30 four minutes into the second stanza after banking in a three-pointer. Rod Hall followed with a layup and feed to Devin Booker, who dunked it in to push the lead to 49-32 with just under 14 minutes to play. He had another moments later off an unselfish fastbreak feed from Adonis Filer. Jennings hit a pair of free throws with 8:11 left to give Clemson another 15-point lead after battling for an offensive putback underneath the rim.The second half lead reached 19 after Filer knocked in three from the charity stripe, and McDaniels followed by going 1-for-2 to eclipse his previous single-game scoring high set last season at Florida State.John Bohannon led the Miners, who shot just 36.6 percent from the field. Bohannon had 15 points and made 7-of-11 field goals, while Julian Washburn chipped in 11 for Tim Floyd’s team.