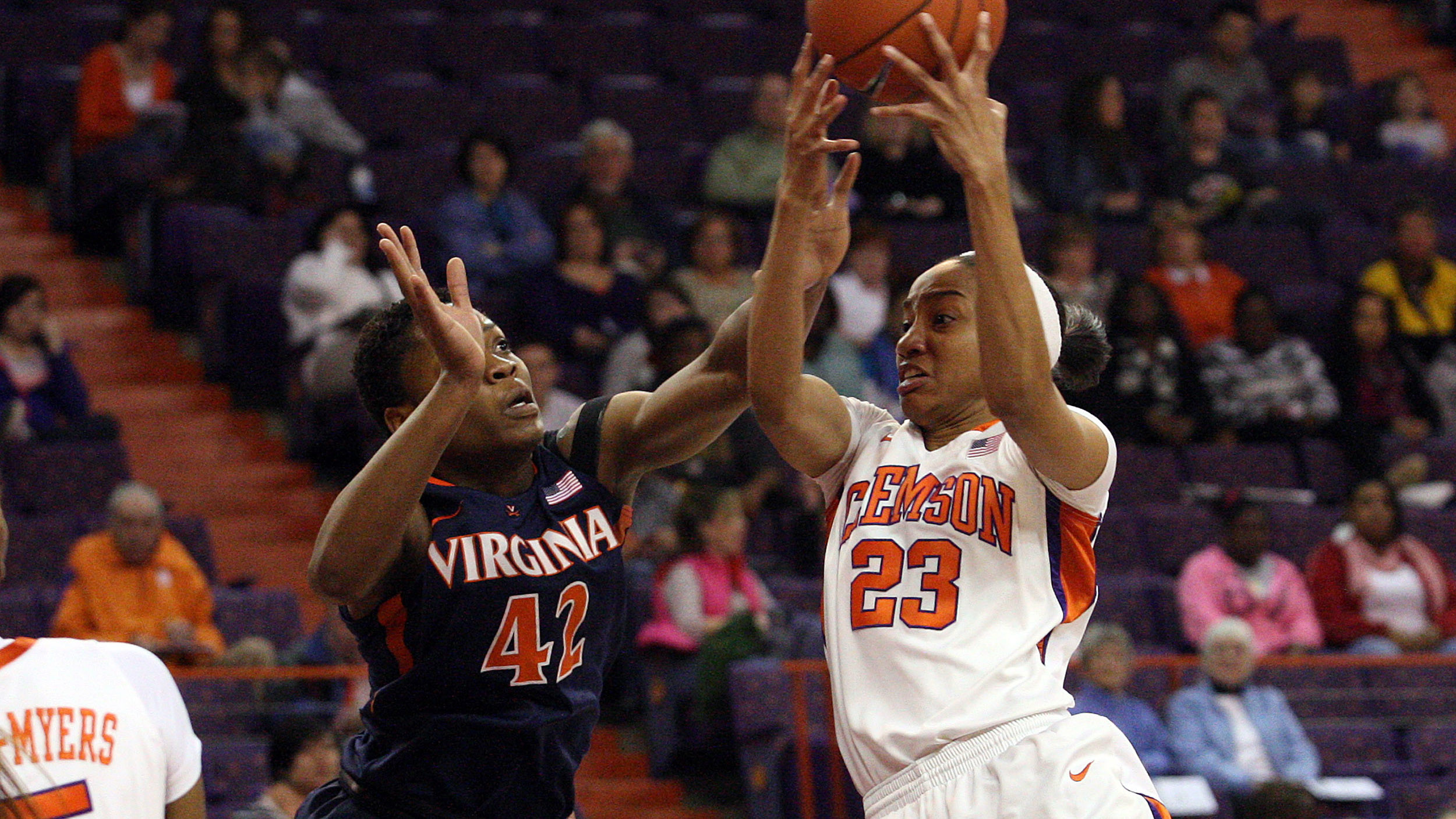 CLEMSON, SC – The Clemson women’s basketball team travels to Chestnut Hill, MA to take on Boston College (10-16, 4-11 ACC) on Sunday at 1:00 pm. Clemson (8-18, 4-11 ACC) is coming off two straight wins, and will aim for a third against the Eagles. BC and the Lady Tigers are tied in the standings, but the Eagles have a head-to-head win from earlier this season.

The Lady Tigers have shown fight in the last two contests, coming back from 11 points behind in the second half to win against Virginia Tech on Sunday and Virginia on Thursday. In fact, in Thursday’s 64-62 win over the Cavaliers, Clemson trailed by eight with 2:15 to go, and finished the game on a 10-0 run.

Clemson and Boston College met on Jan. 13, with the Eagles winning a 66-43 contest in Littlejohn Coliseum. Clemson is 2-7 against BC all-time.

The Lad Tigers’ recent success has come by way of the post. Against the Hokies, the three main post players (Pettaway, Ford, Jamison-Myers) went 9-19 from the floor and 12-15 from the line and grabbed 13 rebounds. Against Virginia, they combined to go 14-20 form the floor, 7-9 at the line, and tallied 15 rebounds.

The emergence of Natiece Ford as a viable scoring threat has been a big boost to the Lady Tigers. Prior to her injury sustained against Duke on Jan. 24, she was averaging 3.2 points and 2.9 rebounds per game. Since returning after missing five games, 11.3 points and 5.3 rebounds per game, including two straight games in double-figures.

Pettaway has been remarkably consistent, scoring in double figures 17 times this season, and in five of the last six games. She’s also third in the ACC at 9.0 rebounds per game.

Nikki Dixon, Clemson’s leading scorer entering the game, is at 12.8 points per game. Against the Cavs, she did it all, with nine points, a career-high seven assists, five rebounds, three steals, and two blocks. She hit two three-pointers in the final 2:15 of gametime, including the go-ahead shot with 34.4 seconds on the clock.

The Lady Tigers have just three regular season games left before the ACC Tournament in Greensboro, NC. Clemson plays at Georgia Tech and Feb. 28, and will play NC State at home on March 3 to close the season. The Tournament starts on March 7.