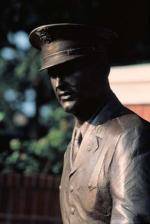 The Clemson Athletic Department is seeking alumni who have served in the armed forces as part of Military Appreciation Day on November 15. The football team will take on Duke in Memorial Stadium that Saturday as the Athletic Department, Clemson Corps and Clemson University Army and Air Force ROTC honor those who have fought for freedom around the world.

All former or current students, faculty and staff who have been deployed in Iraq, Afghanistan or Bosnia/Kosovo will be honored during pre-game festivities. A limited number of veterans will represent all the military branches during a halftime ceremony as well. Military personnel or veterans have the chance to obtain a commemorative t-shirt or sweatshirt to identify their branch of service to Clemson fans.