Clemson, S.C. – The Clemson men’s soccer team made it six-straight wins against the Gamecocks under the lights of Historic Riggs Field on Friday night with a commanding 4-1 victory. The squad showed dominant poise on the ball and were relentless in their attacking prowess. Grayson Barber, a sophomore for the Tigers, netted two goals in the first half and was joined by Kimarni Smith on the first-half scoresheet. Quinn McNeill scored the final goal of the match in the 78th minute of play.

“We came out in the first half with guns blazing. We wanted to come out, get an early goal and get on top of them”, said Grayson Barber. “From the moment we scored the first goal, we kept our mentality strong.” 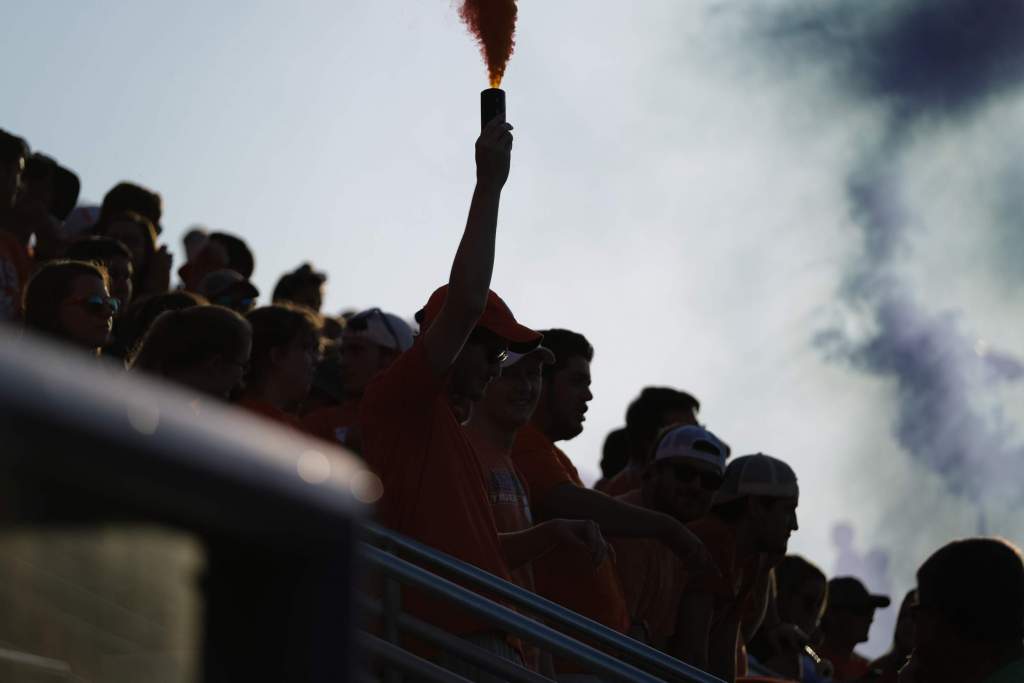 The second-half was no different, as the squad took to the field and was unrelenting in their pursuit for victory. In front of four thousand Clemson faithful, the team showcased their fitness and dominated play. The squad was assisted by a stout backline, led by Oskar Agren and Justin Malou, allowing only two shots to reach George Marks in goal. Marks played a full 90 minutes in net.

“We’re 1-0 at the start of the season,” said Head coach Michael Noonan. “I knew we could play better after our first half performance, and after the match I know we can certainly play better for a full match. I told our team that we need to keep the Clemson standard.”

Phillip Mayaka, a freshman on the squad, was a strong force in the midfield during the match. Clemson saw the freshman facilitate the ball throughout the field and tab five shots during the match. Four different players were responsible for the assists which contributed to the final outcome.

Clemson has the weekend to prepare for their next match against Detroit Mercy. The match will be played at Historic Riggs field on Monday, Sept. 2 at 5 p.m. Tickets for the match can be purchased here.