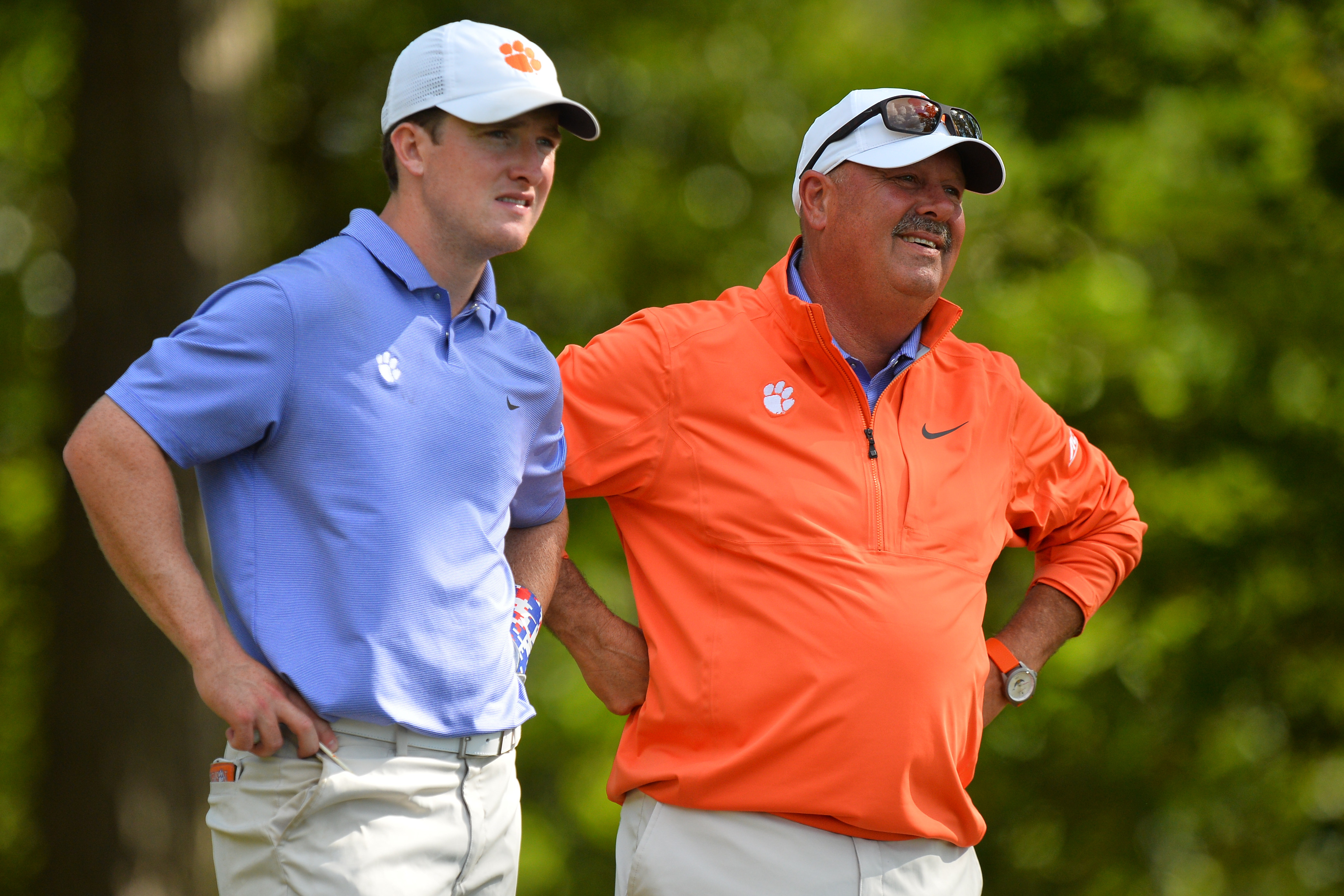 Clemson, S.C.—ACC Champion Clemson opens play in the 2016 NCAA Golf Tournament Monday, May 16 at Karsten Creek in Stillwater, Okla.  Clemson is the No. 2 seed in the field of 14 teams who will be trying get a top five finish and move on to the NCAA National Tournament in Eugene, Ore.  May 27th.

Karsten Creek brings good memories to Clemson Head Coach Larry Penley.  The Tigers won their only golf National Championship at the course in 2003.  “I still have the yardage books,” said Penley when learning of the regional assistant.   “This is a big boy course and we will have to be patient.   It is a strong field, but it would have been a challenge no matter where they sent us.”

Clemson will bring two seniors, two juniors and a freshman to the regional.  It will be the fourth NCAA regional for seniors Stephen Behr and Miller Capps.   Capps shot an important 69 and Behr a 72 in the final round of the regional at Chapel Hill last year to help the Tigers qualify.

Bryson Nimmer will be in his first NCAA Tournament.  The ACC Freshman of the Year finished fourth at the ACC Tournament in his only previous postseason experience.   Nimmer’s dad, Tony Nimmer, played in the 1982 and 1983 NCAA Tournaments for the Tigers. He was Clemson’s best player in the 1982 national tournament at Pinehurst and finished 16th individually.

Clemson has played a challenging schedule, the fifth-ranked in the nation according to Golfweek.  The Tigers have played in the same event with seven of the other 13 teams in the Stillwater Regional and have an 11-4-1 record against those teams.  Only Duke has a stroke advantage among those teams.  Clemson is 55-27-2 against all the teams in the NCAA tournament regardless of regional.

•Clemson has played in an NCAA Regional every year since the regional format began in 1989.

•Clemson finished fifth at the NCAA regional in Chapel Hill, N.C. last year and moved on to the national tournament.

•Clemson has qualified for the NCAA National Tournament through the regional event 20 of the 27 years the format has been used (since 1989).