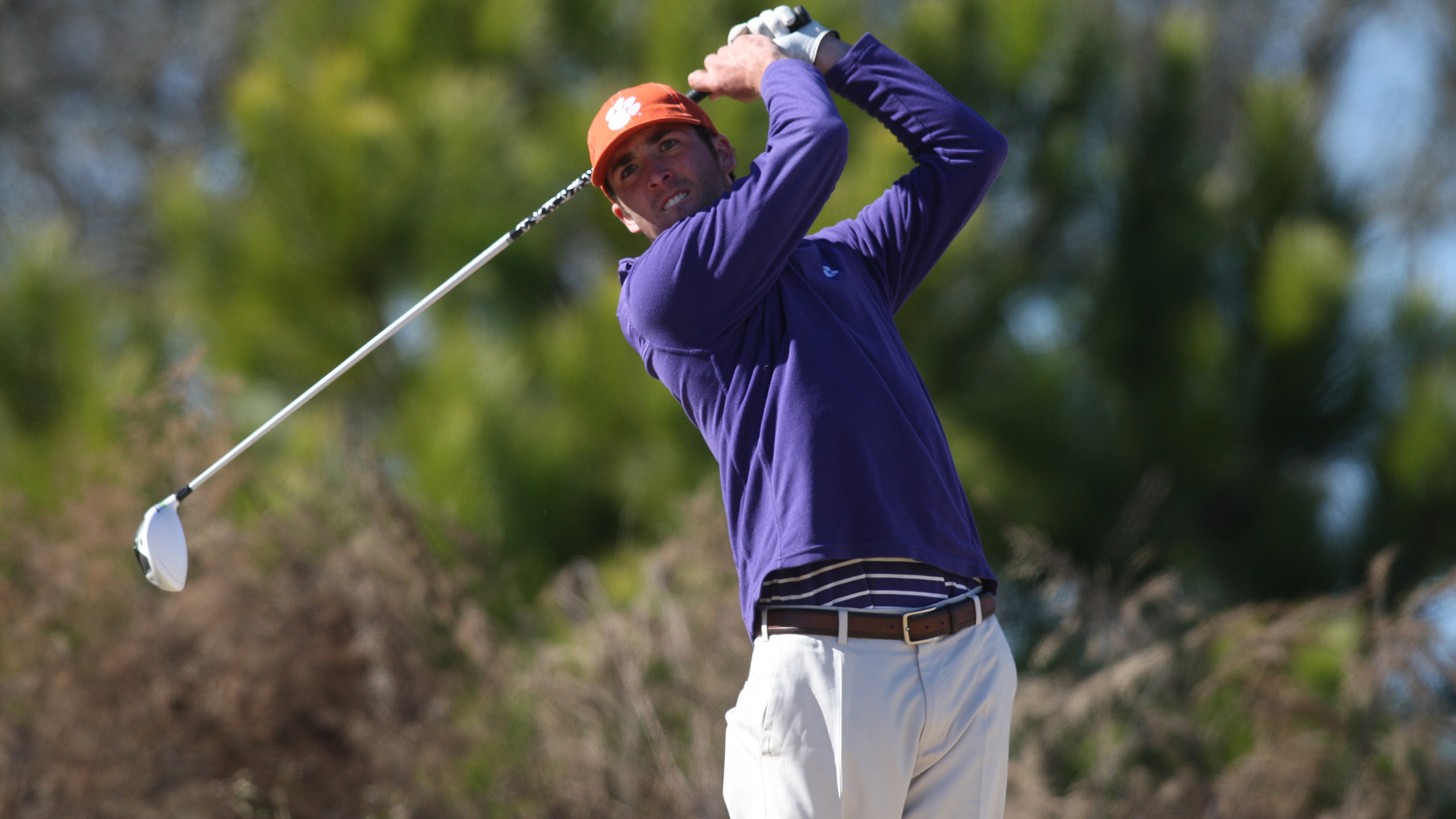 Clemson Returns to Action at Hootie at Bulls Bay

Note: The first round of the Hootie at Bulls Bay scheduled for Sunday, March 24 has been postponed due to weather.  The teams will attempt to play 36 holes on Monday and 18 on Tuesday.

CLEMSON, SC – Clemson will have four freshmen and a senior in its lineup for the Hootie at Bulls Bay college golf tournament. The event runs Sunday through Tuesday, March 24-26 at Bulls Bay Country Club in Awendaw, SC. It will be Clemson’s first visit to the Hootie since 2010.

Clemson will begin play Sunday at 10 AM off the 10th tee and will be paired with NC State and Augusta State.

The four freshmen in Larry Penley’s lineup will be Stephen Behr, Cody Proveaux, Miller Capps and Blake Kennedy. The only senior will be Crawford Reeves. The four freshman rank as Clemson’s top four stroke average players so far this year.

Clemson is yet to win an event this year, but the Tigers are coming off a third place finish at the Cleveland Golf Palmetto Invitational in Aiken, SC. That is Clemson’s top finish so far this year.

Behr has been Clemson’s leader in terms of stroke average most of the year and sports a 71.80 average, best on the team by over a stroke per round. He has three top 10 finishes , including a fifth place at the Cleveland Golf, his most recent event, when he fired a season best 65 in the final round. He also finished fourth at the Carpet Classic back in the fall.

Proveaux, the reigning South Carolina Amateur Champion, has a 72.94 stroke average of the year, second best on the team. He has played in all six team events and has six rounds at par or better. His best finish this year is a seventh place at the US Collegiate in the final event of the fall. He has four top 25 finishes in his six events.

Capps has a 73.78 stroke average for six events. He finished third at the Jerry Pate back in the fall, an event with a national field. He finished 13th at the Charleston Shootout as an individual and 17th at the Cleveland Golf.

Kennedy has played in just three events so far, but has a pair of 11th place finishes, the Jerry Pate in his first career event, and the Charleston Shootout as an individual in his most recent tournament.

Reeves is making his normal strong move in the spring. He has a 15th place at Puerto Rico and a 19th place at Cleveland Golf after not finishing in the top 30 in four events last fall. He has a 74.22 stroke average for the year, but is at 72.0 for the spring.

Results will be available on www.golfstat.com.