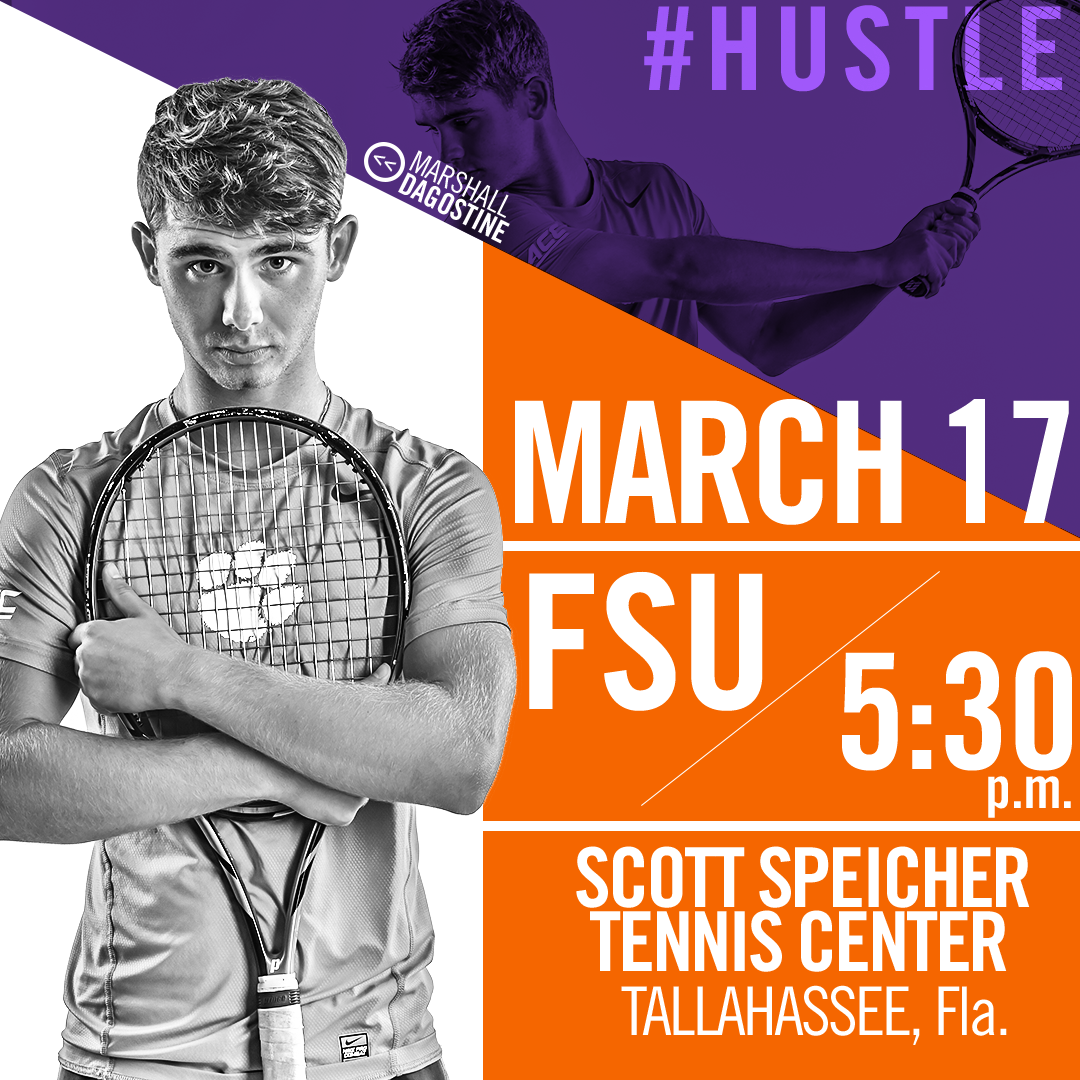 Clemson Returns to ACC Play at No. 28 Florida State

MATCH INFORMATION vs. No. 28 Florida State

CLEMSON, S.C. –  The Clemson men’s tennis team returns to ACC action when it travels to Tallahassee on Friday to face the No. 28 Seminoles. Friday marks the fifth straight nationally ranked opponent that the Tigers face.

Clemson looks to bounce back after suffering a 6-0 defeat at South Carolina last Friday. The Tigers won their opening ACC match in the state of Florida in February at Miami, 4-3. The Seminoles have won only one of their last three and aim for their first ACC win of the 2017 season. Florida State has two players ranked in the top 120 of the ITA singles rankings, and two doubles teams ranked in the top 80.