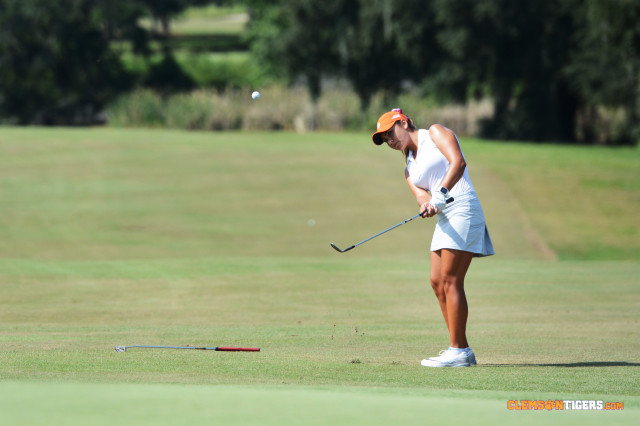 Clemson, S.C.—Ana Paula Valdes and Sydney Legacy shot even par rounds of 72, and the Clemson women’s golf team remains in 14th place after 36 holes of the Landfall Tradition in Wilmington, NC. The 18-team field includes nine top 25 teams and 13 of the top 50 teams in the nation.

Alice Hewson, Clemson’s top player for the year, had a second-round 74 after an opening round 75 and she stands in 39th place with a 149 score after 36 holes.

Marisa Messana was Clemson’s fourth counter on Saturday with a 79 and she has a 159 total through 36 holes. Ashley Czarnecki was Clemson’s top player in the first round with a 73, but she had an 83 on Saturday.

The final round will start Sunday morning and live scoring will be available on golfstat.com