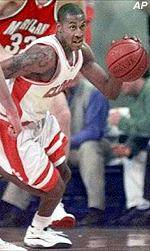 Clemson, SC – Clemson will play non-conference games against teams from the SEC, the Big Ten and the Big East, all within the first three weeks of the season, according to the school’s 2000-01 schedule released Wednesday by the Atlantic Coast Conference.

The Tigers will play host to Seton Hall of the Big East on November 21, and Northwestern of the Big Ten on November 28th. Clemson will travel to SEC foe South Carolina on Saturday, December 9.

This will be just the second time in history that Clemson has played teams from the Big East, Big Ten and SEC in the same regular season. The only other time was in 1995-96 when Clemson swept three games from Minnesota, Miami (FL) and South Carolina. Clemson Head Coach Larry Shyatt was an assistant coach on that staff.

“We have tried to bring more Big East, Big Ten and SEC teams to our schedule and we are certainly doing that this year,” said Shyatt, in his third year as Clemson’s Head Coach. “This is an outstanding schedule, especially with one of the top Big East programs in Seton Hall, a Sweet 16 team last year, and a Big Ten team in Northwestern both coming to our facility.”

“We will have a challenging schedule in November and December. The game with South Carolina is always a stern test and the three games in Puerto Rico just before Christmas should go a long way in preparing us for the ACC schedule, which gets underway when Maryland comes to Clemson on January 2.” Clemson has won six straight games against the Gamecocks.

Clemson could face Cincinnati in the second round of the Puerto Rico Shootout if the Tigers defeat Florida Atlantic and the Bearcats down Youngstown State in the opening round. Cincinnati was ranked number-one in the nation much of last season. That tournament will run December 20-22.

Clemson begins the season against the University of Hartford on Friday night, a school close to the hometown of Clemson All-ACC guard Will Solomon, on November 17th at Littlejohn Coliseum. The contest will be played the Friday night before the Clemson vs. South Carolina football game, which will be played at Clemson.

Clemson’s schedule is a 29-game regular season slate with 16 contests played at home, 10 on the road and three on neutral site. Clemson will play its13th and final non-conference game on December 30 at Coastal Carolina, a game that will be played in the Myrtle Beach Convention Center. Each of the last 16 games of the season will be against ACC foes.

Clemson will have 18 games on some type of television, including three on ESPN networks. Clemson will play eight games on Saturdays, seven on Wednesday, five on Tuesdays and five on Sundays. As usual, there is a wide variance of starting times due to television. There are 10 different starting times on the schedule, ranging from 11:00 AM to 9:00 PM.