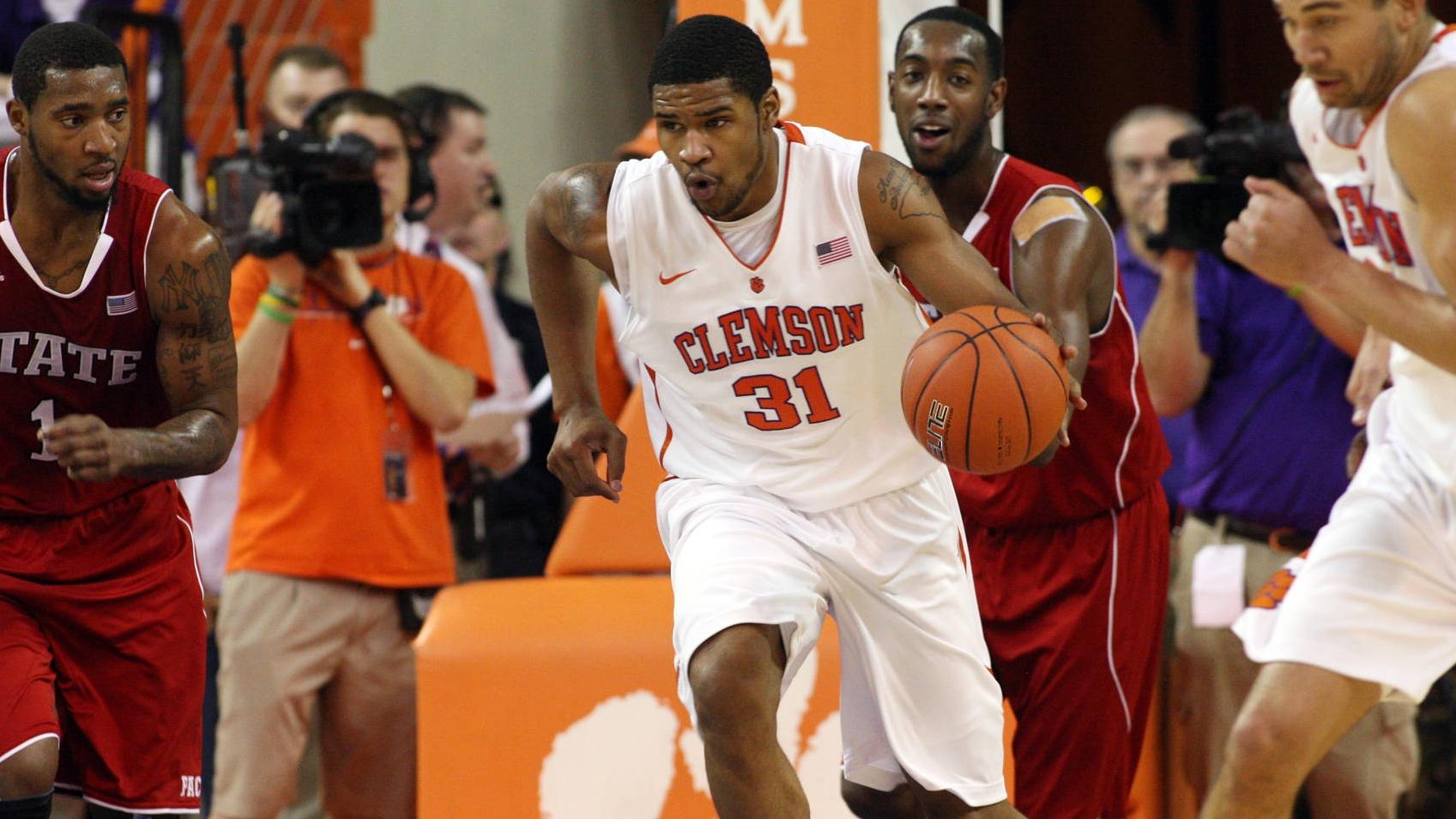 CLEMSON, SC – The full 2012-13 men’s basketball schedule was released Thursday by Clemson.  In addition to the first 18-game ACC schedule in school history, Clemson’s non-conference slate will include home games against traditional powers Arizona and Purdue, as well as a trip to Orlando, FL for the Old Spice Classic over the Thanksgiving holiday. “We have a very challenging schedule,” said Clemson Head Coach Brad Brownell. “We’re unbelievably excited to bring Purdue and Arizona to Littlejohn Coliseum.  They’re perennial NCAA teams.  It’s unbelievably hard to get those kind of games at home. Hopefully our fans will understand how special that is.” Purdue was previously announced in the spring as Clemson’s opponent in the 2012 ACC/Big Ten Challenge.  It will be the third meeting between the two schools in the event, but the first matchup between the two programs’ head coaches, Brownell and Purdue’s Matt Painter.  The game is scheduled for Wednesday, Nov. 28 and will be televised by ESPNU at 7:15 PM.   The Arizona game will be the second in the home-and-home series with the Wildcats. The game will be played on Saturday, Dec. 8 before an ESPN2 audience at 8:00 PM.  The Wildcats are under the direction of third-year Head Coach Sean Miller. “The Arizona game is a great one for our fans,” Brownell said.  “We hope to have a great turnout.  Arizona is a top 10 program, and I want to put our guys in that kind of game.” Preceding those two marquee home games will be a trip to Orlando, FL and the ESPN Wide World of Sports Complex.  The Tigers will compete over four days in the prestigious Old Spice Classic for the first time.   Clemson’s first round opponent is another of the nation’s perennial contenders, the Gonzaga Bulldogs of the West Coast Conference.  The two have met just once previously, with Gonzaga beating Clemson in the 1997 Top of the World Classic in Alaska.  The two will square off at 9:00 PM on ESPN2 on Thursday, Nov. 22.  The winner will advance to face the winner of Oklahoma vs. UTEP in the second round. “With two more league games, Arizona and Purdue at home, plus Gonzaga and several other great teams in the Old Spice Classic, it’s a great schedule,” Brownell said.  “Our guys will have to be ready to go.” Clemson will be ready to tip off the regular season on Monday, Nov. 12 against Presbyterian College at home.  Other home games prior to the start of ACC play will be against Florida A&M (Dec. 15), SC State (Dec. 23) and The Citadel (Jan. 1).  The Tigers will take on three in-state foes on the road prior to conference play, starting with a trip to Furman on Nov. 16.  The Clemson vs. South Carolina rivalry game on Sunday, Dec. 2 was recently added to ESPNU’s lineup as a 12:00 PM tipoff. The third in-state road trip will be to Coastal Carolina for a game on Dec. 19. The 18-game conference schedule was released in August and will feature home-and-home series against Boston College, Florida State, Georgia Tech, Miami, NC State, Virginia and Virginia Tech.  Clemson will play home games only against North Carolina and Wake Forest, and road games only against Duke and Maryland. “Conference play is a grind because of the familiarity you have with the teams in your league,” Brownell said.  “We play seven teams twice, and that’s a lot.  Those games will be battles.”