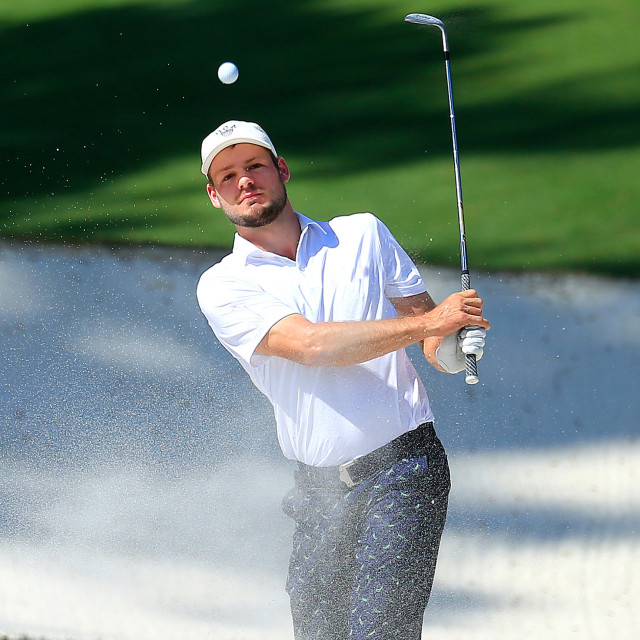 Clemson, S.C.—Bryson Nimmer fired a five-under par 67 and Doc Redman added a three-under-par 69 on Wednesday to lead Clemson to a second-place finish at the NCAA Bryan Regional near College Station, Texas. Clemson finished with an 846 team score and now advances to the NCAA National Tournament in Stillwater, Okla. May 25.

Host school and second-ranked Texas A&M won the tournament played at Traditions Golf Club with an 837 score. Baylor finished in third place at 857, 11 shots behind the Tigers, and UCLA was fourth at 866. Kentucky was the fifth and final qualifier for the national tournament with an 874 score, three shots ahead of Mississippi and eight shots ahead of South Carolina.

Clemson shot one-under-par 287 in the final round, 11 shots higher than Tuesday’s second round, but still tied for the fourth best team round in 13-team field.

“We did what he had to do today,” said Head Coach Larry Penley, who is taking a team to the NCAA National Tournament for the 28th time in his 35 years at Clemson. “We cut the lead to four, but could get no closer. Texas A&M deserved to win.

“The course played tougher today for just about everyone because the pin placements were in more corners than previous rounds. Bryson Nimmer was terrific and so was Doc Redman. We needed a good round from Kyle Cottam and he delivered.

“I think we are in a good frame of mind heading to the national tournament.

Clemson has had an outstanding spring, finishing first or second in all six of its tournaments, leading to a 71-4 record against the field.   The NCAA National Tournament will be held at Karsten Creek in Stillwater, Okla., the home course for the No .1 ranked team in the nation, Oklahoma State. But it is also the course where Clemson won its only National Championship in 2003 with a two shot victory over the host Cowboys.

Nimmer had the low round of any of the 75 golfers on Wednesday with his 67. He had a clean round with five birdies and no bogeys. He made birdie on three of his last six holes.   It was his eighth consecutive under-par round and his fifth-place finish was his seventh top 10 finish this year, best on the Clemson team.

Redman had the best tournament finish by a Clemson golfer with his second place thanks to a 206 total of his 54 holes. The sophomore All-American had scores of 70-67-69 for his three rounds, his second straight second-place finish, as he was second at the ACC Tournament three weeks ago.   Redman had four birdies, but made a bogey on the par three 16th hole, a bogey that kept him from tying Chandler Phillips of Texas A&M for medalist honors. Phillips finished at 11 under par 205.

Cottam had an even par 72 on Wednesday, as he had three birdies and three bogeys. It was his best round of the tournament.   Turk Pettit shot a seven over par 79, but he still finished at even par 216 for the 54 holes, good enough for 17th place. It was his seventh top 20 finish of the year.

Colby Patton also shot a 79 on Wednesday and finished with a 223 total, good enough for 40th place.