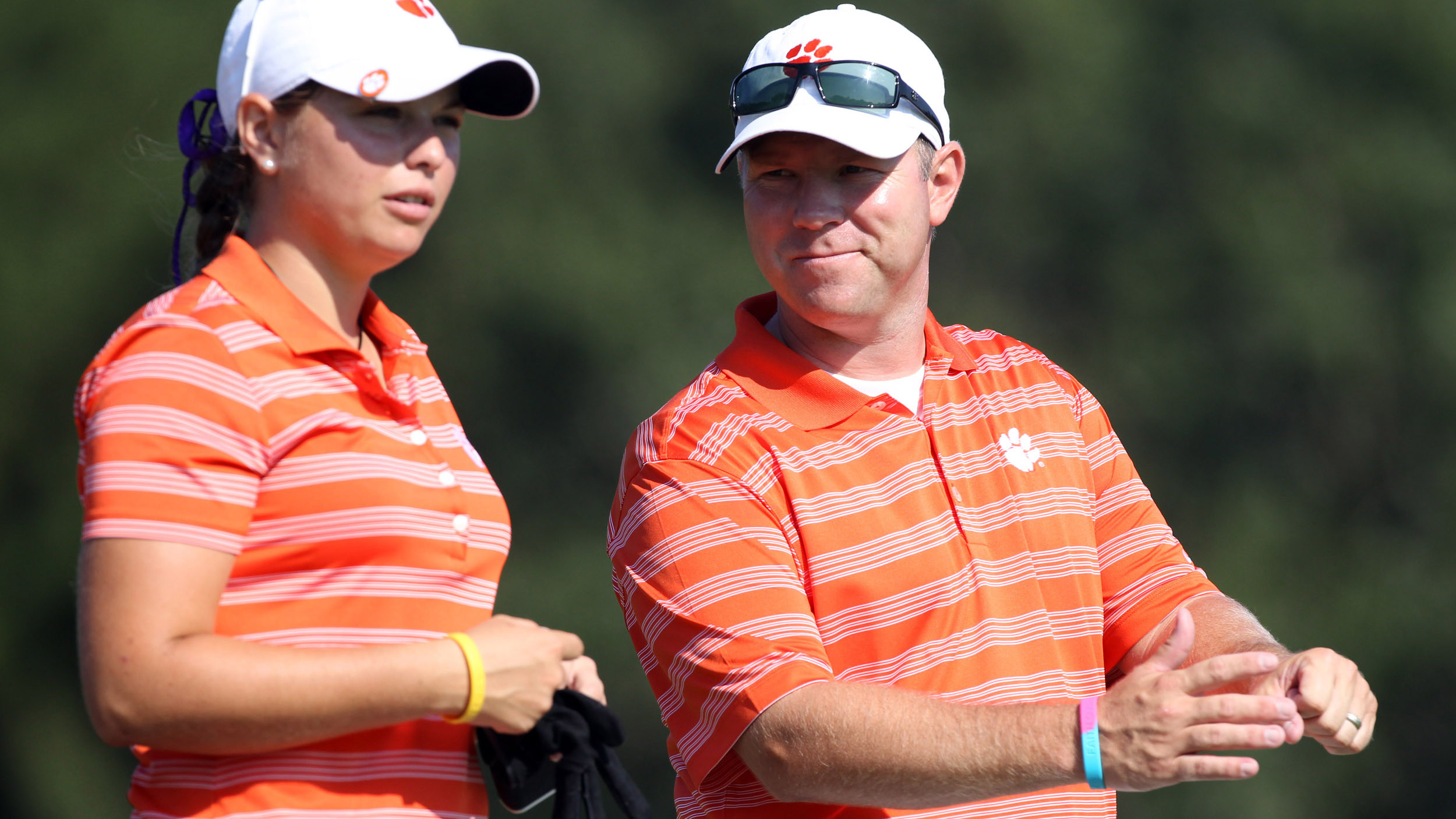 CLEMSON, SC – Clemson’s women’s golf team is ranked 11th in the latest national coaches poll released by Golf World. It is the final poll before the Spring season begins in February.

The Clemson women had and outstanding fall with a second-place finish at the Cougar Classic and Lady Paladin Invitational, a third-place at the Landfall Tradition and a fifth-place at the Ruth’s Chris Tar Heel Invitational.

Clemson has already competed against 14 of the other 24 teams in the top 25 of the Golf World poll and has posted an 18-7-2 record against those teams.

Ashlan Ramsey has the top stroke average with a 70.75 figure and she is ranked fourth in the nation in the latest Sagarin/Golfweek ranking. She won the Lady Paladin Invitational and the Ruth’s Chris Tar Heel Invitational and finished second at the Cougar Classic. Sloan Shanahan is second on the team with a 72.00 ranking and a number-28 national ranking by Sagarin/Golfweek. She had two top three finishes in the fall.

Clemson begins its spring schedule Feb. 14 at the Seminole Match Up in Tallahassee, FL.