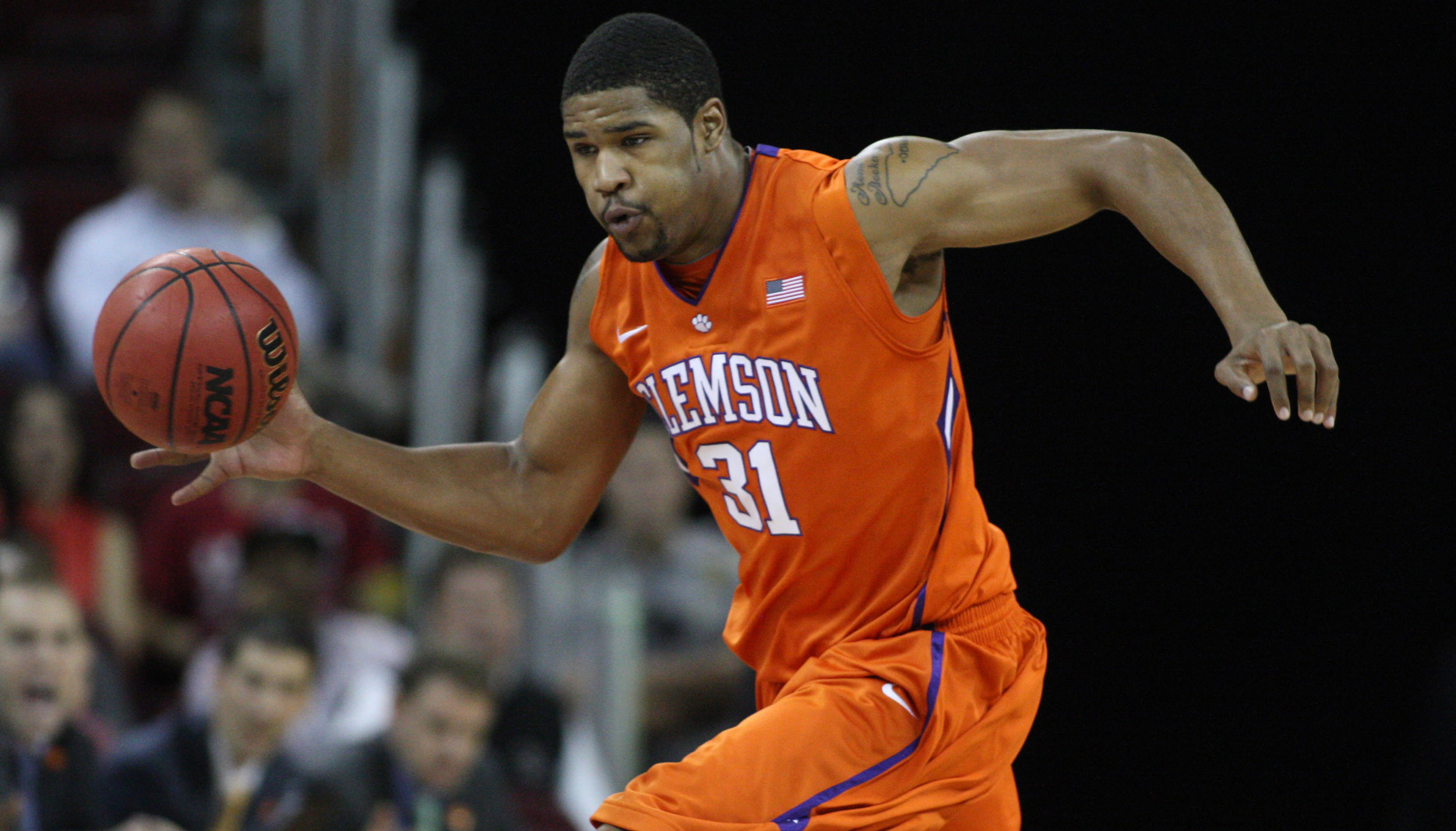 CHESTNUT HILL, MA – Clemson rallied from a 20-point deficit to cut it to one with 75 seconds left, but the Tigers could not fully overcome its first half shooting woes in a 75-68 loss at Boston College on Saturday. With the loss, the Tigers dropped to 4-5 in the ACC and 12-9 overall. Clemson is 0-4 on the road this season against league competition. BC improved to 10-11, 2-6 in the ACC.Devin Booker became the 36th member of the 1,000 career point club at Clemson, scoring a team-high 19 points. He and older brother Trevor (2006-10) are only the fifth set of brothers in ACC history to both score 1,000 or more points in a career. He scored a career-best 12 of his 20 points from the free throw line. Clemson was 18-of-22 at the charity stripe, 82 percent. Milton Jennings added 13, while two freshmen – Jordan Roper and Adonis Filer – had 11 and 10, respectively.The Tigers made just six of 26 field goal attempts in the opening half, a devastating 23 percent figure. Clemson shot well in the second half, converting 15-of-27 to finish the game at 40 percent overall. Clemson also owned the boards with a +13 advantage. BC shot 57.8 percent for the game, highest of the season against the Tiger defense. BC made 11 from three, also a high figure against Clemson’s defense.BC jumped out to a 10-2 lead as Clemson once again came out cold on the road, failing to hit a shot for the first 6:30 of the game. The Tigers answered with a pair of baskets from seniors Booker and Jennings to cut the deficit to four. The lead stretched to 15-6 on a three from Danny Rubin. Down 17-10, Roper stroked a three to cut the lead to four again.The lead grew to eight at 22-14 before K.J. McDaniels nailed a pair of 15-foot jumpshots. But the Eagles answered right back with a pair of threes to extend the lead to double figures for a first time. The score was 30-19 at intermission.BC wasted no time extending its lead out of the break, as Ryan Anderson connected on a layup to push the advantage to 38-22 at the 18:01 mark. The lead reached 20 points for the first after a Rahon three and Lonnie Jackson layup made it 49-29. Clemson drew to within 12 at 60-48 on consecutive threes by Roper with just over six minutes left.Roper hung in the air from the left baseline and made a 10-footer to pull the Tigers within 10 for the first time in the second half, 65-55, with fewer than four to play. The lead shrunk to four with 2:25 remaining on a short jumper by Jennings. Anderson responded with a jumper of his own to make it 67-61 with 1:45 left.After a steal at mid-court in its full court pressure, Filer drilled a three from the right wing to cut the deficit to one at 67-66 with 75 seconds remaining. Anderson again responded, this time with a spinning shot inside to make it a three-point game. Coming out of a timeout, Clemson got a good look at three from Jennings, but it was short and BC rebounded the ball.BC was led by point guard Joe Rahon, who made 6-of-7 from long distance and finished with a career-high 26 points. Lonnie Jackson added 14, while Anderson had 12.The Tigers take a trip to Charlottesville, VA next for a matchup with the University of Virginia on Thursday, Feb. 7. Clemson took the first meeting, 59-44, at home on Jan. 12.