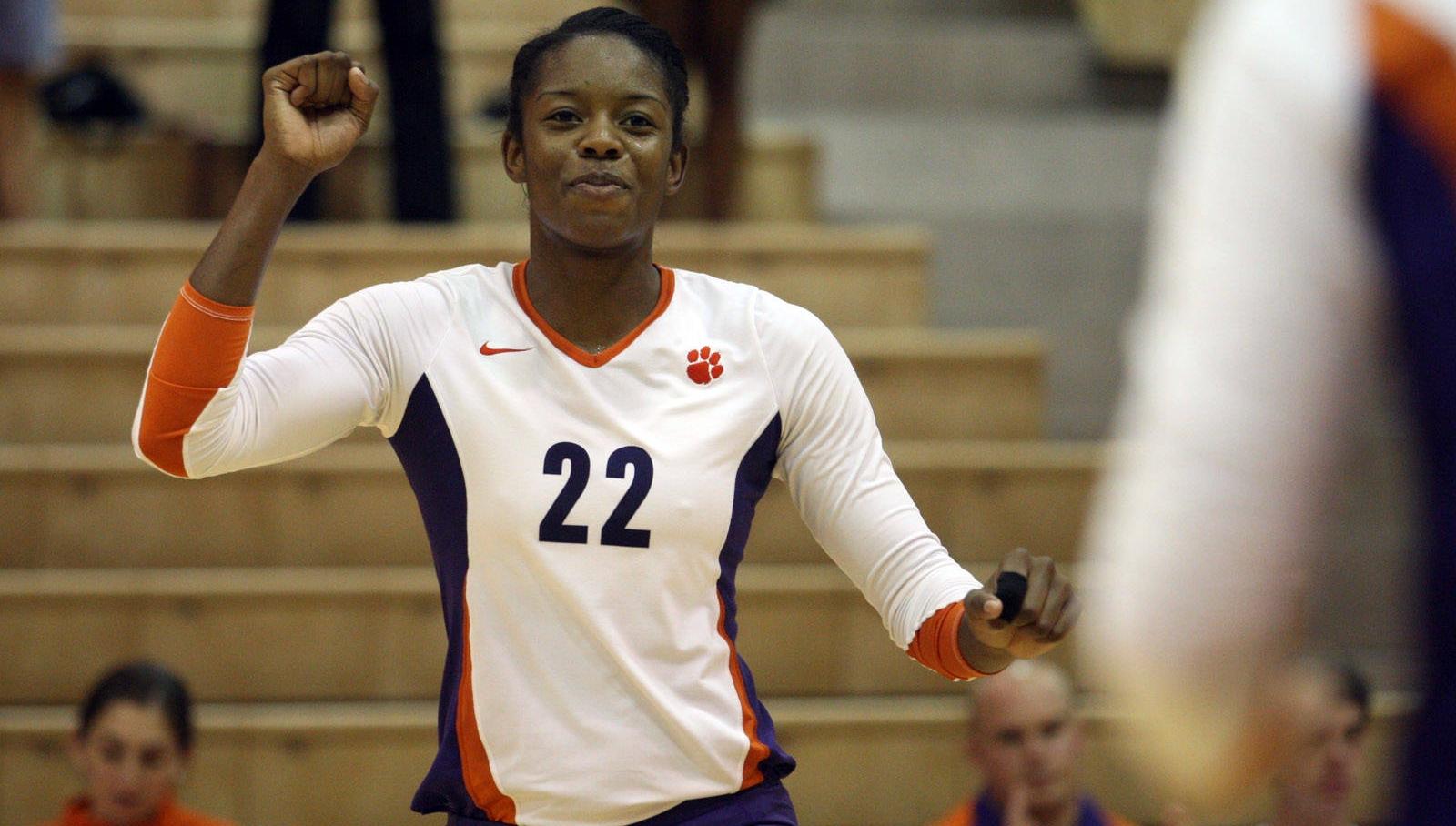 CLEMSON, SC – The Clemson Volleyball team will return to the friendly confines of Jervey Gymnasium after six straight matches away from home when they welcome Maryland and Boston College into town this weekend. Clemson (9-3, 0-1 ACC) will take on Maryland (8-4, 0-1 ACC) at 7:00 pm on Friday and Boston College (7-6, 1-0 ACC) Saturday at 6:00 pm. Both matches are free to the public, and will be broadcast live in high definition on TigerCast at ClemsonTigers.com. Live stats will also be available for both matches. The weekend marks the first ACC home matches for the Tigers, who dropped their ACC opener to Georgia Tech last Friday. The Tigers have an unblemished 6-0 mark at home this season, with all three losses coming on the road. Clemson is 14-2 all-time against Boston College, and have won the past nine in a row, dating to Nov. 18, 2006, a 3-1 BC victory in Jervey. Clemson and Maryland will meet for the 64th time, the Tigers’ second-most common matchup in school history. The Tigers have a 36-27 all-time lead in that series. The Tigers enter the match ranked in the top 30 nationally in several offensive categories, including kills per set, assists per set, and hitting percentage. The Tigers are plus-39 in the service game, allowing just 29 aces in 38 sets (0.76 per set), while they have put down 67 of their own. Mo Simmons is second in the ACC at 3.92 kills per set, while hitting an impressive .311. She averaging a team-best 4.61 points per set as well. Sandra Adeleye is quietly having another all-conference-type season, nailing 3.45 kills per set while hitting .379. She also leads the team at 0.92 blocks per set. After playing the Terrapins and Eagles, the Tigers will head to North Carolina next Wednesday for a nationally televised contest on ESPN at 6:00 pm.