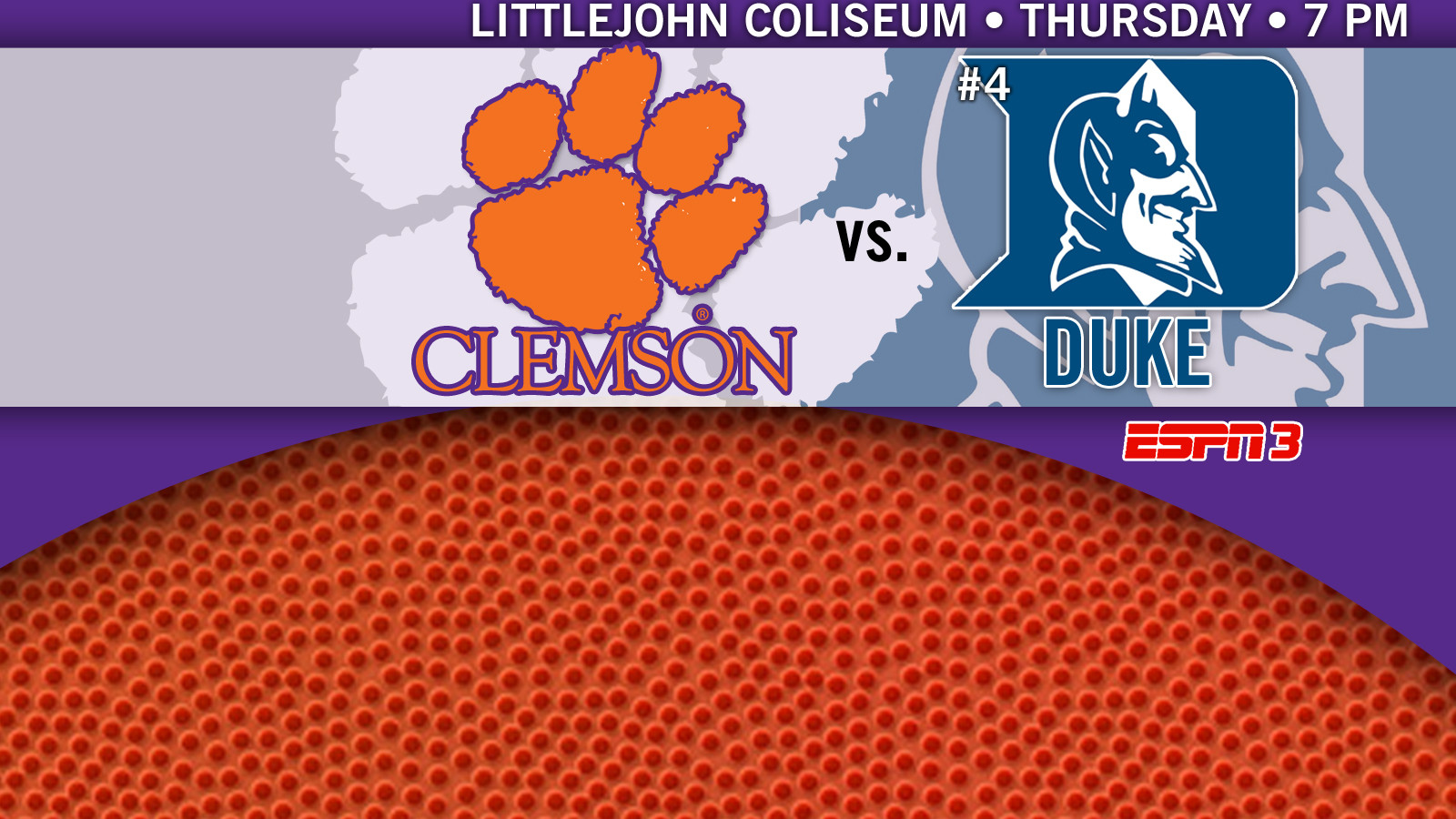 CLEMSON, SC – The Clemson women’s basketball team will take on No. 4/5 Duke for the second time in two weeks on Thursday at 7:00 pm in Littlejohn Coliseum. Clemson (5-12, 1-5 ACC) and Duke (16-1, 6-0 ACC) played on Jan. 10 in Durham. The first 200 students will receive a Clemson Basketball jersey drawstring bag, and triple rewards points for the Student Rewards Program. It is also Faculty and Staff Appreciation night. All members of the Clemson faculty and staff will receive free admission for themselves and two guests upon presentation of their ID.  The game will be available to watch on ESPN3, and will also be broadcast on the Clemson Tiger Sports Network. Live stats are also available at ClemsonTigers.com. Clemson is coming off a 74-64 win over Wake Forest in Winston-Salem last Thursday, in which they outscored the Deacs, 15-3 over the final three minutes to pull away. Clemson had led by as many as 13 before Wake tied it up, and took a two point lead late in the second half. Nikki Dixon led Clemson with 21 points (8-13 FG, 5-5 FT), while Natiece Ford added a career-best 16 on 6-10 shooting, and a 4-7 mark from the line. Quinyotta Pettaway had 13 points and 12 rebounds, including a key put-back with less than a minute to play off a missed free throw. Pettaway has six double-doubles this season, four of which have come in ACC play. Pettaway leads the ACC with a 12.3 rebounds per game average in league play, and for the season, her 9.7 boards be game is third overall behind Alyssa Thomas and Tianna Hawkins of Maryland. Dixon is Clemson’s leading scorer at 14.3 per game, good enough for eighth in the ACC. In league play, she’s putting up 16.2 per game, which ranks fourth in the league. The 14 days between meetings is the closest two regular season games against one opponent for the Tigers since Clemson and Maryland played played back-to-back games on Feb. 7 and 10. Duke bested Clemson, 82-47 in Durham just two weeks ago. Clemson was within six at 36-30 with 17 minutes to play before a 22-0 run fueled the Blue Devil victory. The road will get no easier next, as No. 10 Maryland comes to town on Sunday in Clemson’s Pack the House event at 5:00 pm. The game will be played as part of a doubleheader with the men’s team, who takes on Virginia Tech at 1:00 pm. All fans will receive admission to the women’s game for just one dollar.