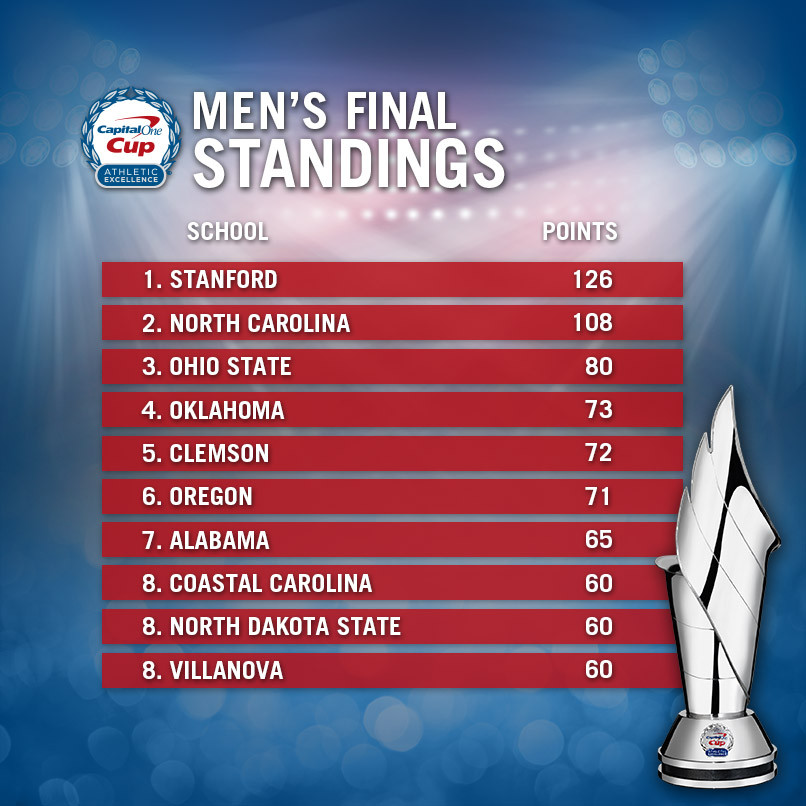 CLEMSON, S.C. – Spurred by national championship appearances in football and men’s soccer, Clemson finished 2015-16 ranked 5th in the men’s standings of the Capital One Cup, the Tigers’ highest finish in the six years of the Cup.