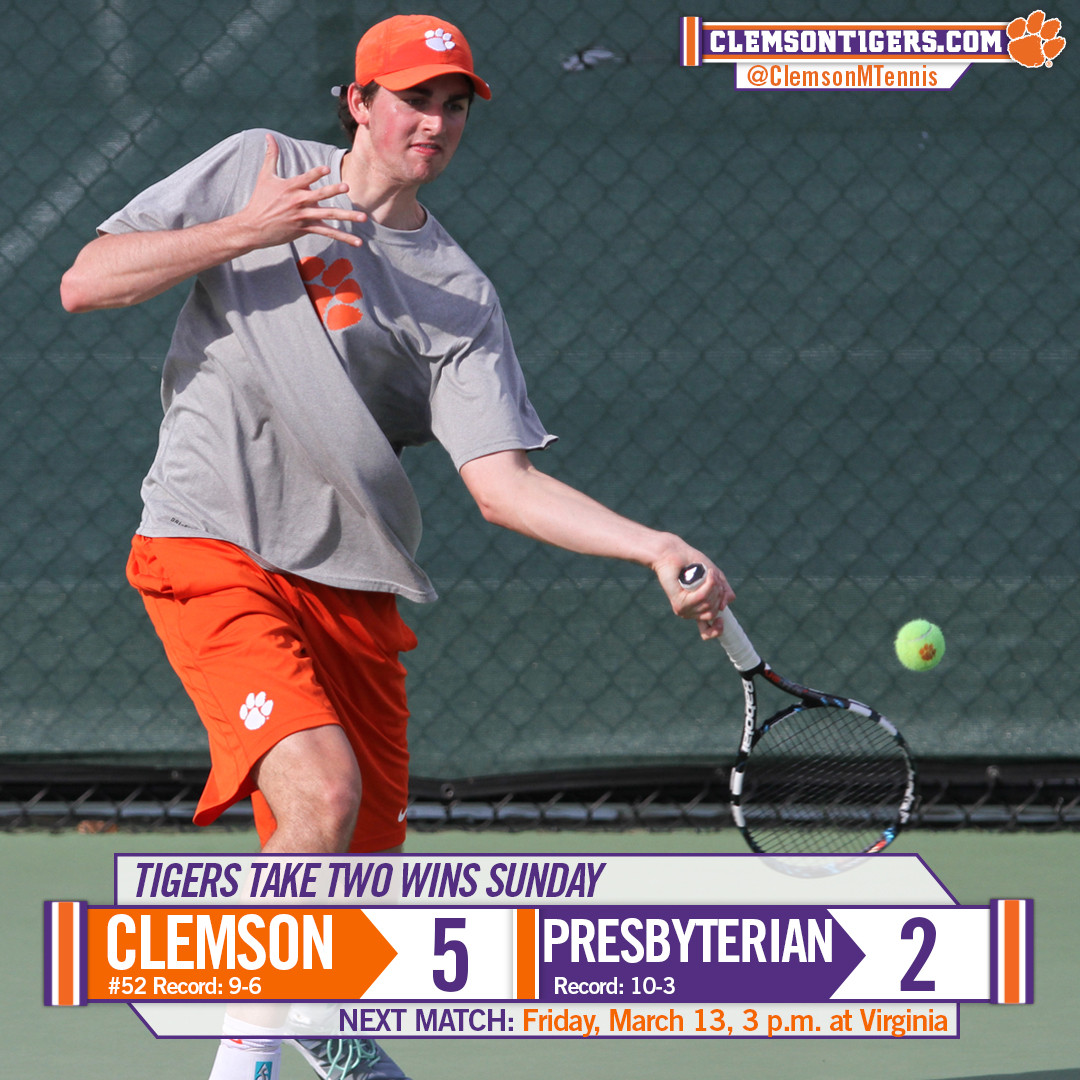 Clemson Picks Up a Pair of Wins on Sunday

CLEMSON, S.C. – The Clemson men’s tennis team picked up a pair of wins Sunday at Hoke Sloan Tennis Center. The Tigers kicked the day off with a 7-0 win over College of Charleston in the morning, then followed that with a 5-2 win over Presbyterian College in the afternoon. The Tigers improved to 9-6 on the season with the two wins.

#52 Clemson 7, College of Charleston 0The Tigers swept through the doubles portion of the competition, posting wins in all three matches. The duo of Hampton Drake and Christian Harris were the first to finish at No. 2, overwhelming the duo from College of Charleston 8-2. Senior captain Alejandro Augusto and Daffra Sanon, playing for the first time together this season at No. 3, finished soon after to clinch the point for Clemson. Hunter Harrington, the team’s other senior captain, and Luke Johnson finished up at No. 1, winning 8-4.

#52 Clemson 5, Presbyterian College 2Clemson again swept the doubles portion of the competition. Harrington and Johnson, playing in the No. 1 slot again, finished first among the matches with a score of 8-4. Nearly simultaneously, Drake and Harris won at No. 2, 8-6. Augusto and Robert Dudley wrapped things up for the Tigers with an 8-5 win at No. 3.

Clemson hits the road for the next two weeks, playing at 12th-ranked Virginia and at 44th-ranked Virginia Tech next Friday and Sunday, respectively. The Tigers return home on Friday, March 27 to host Duke, ranked No. 2 nationally, at 2:30 p.m.