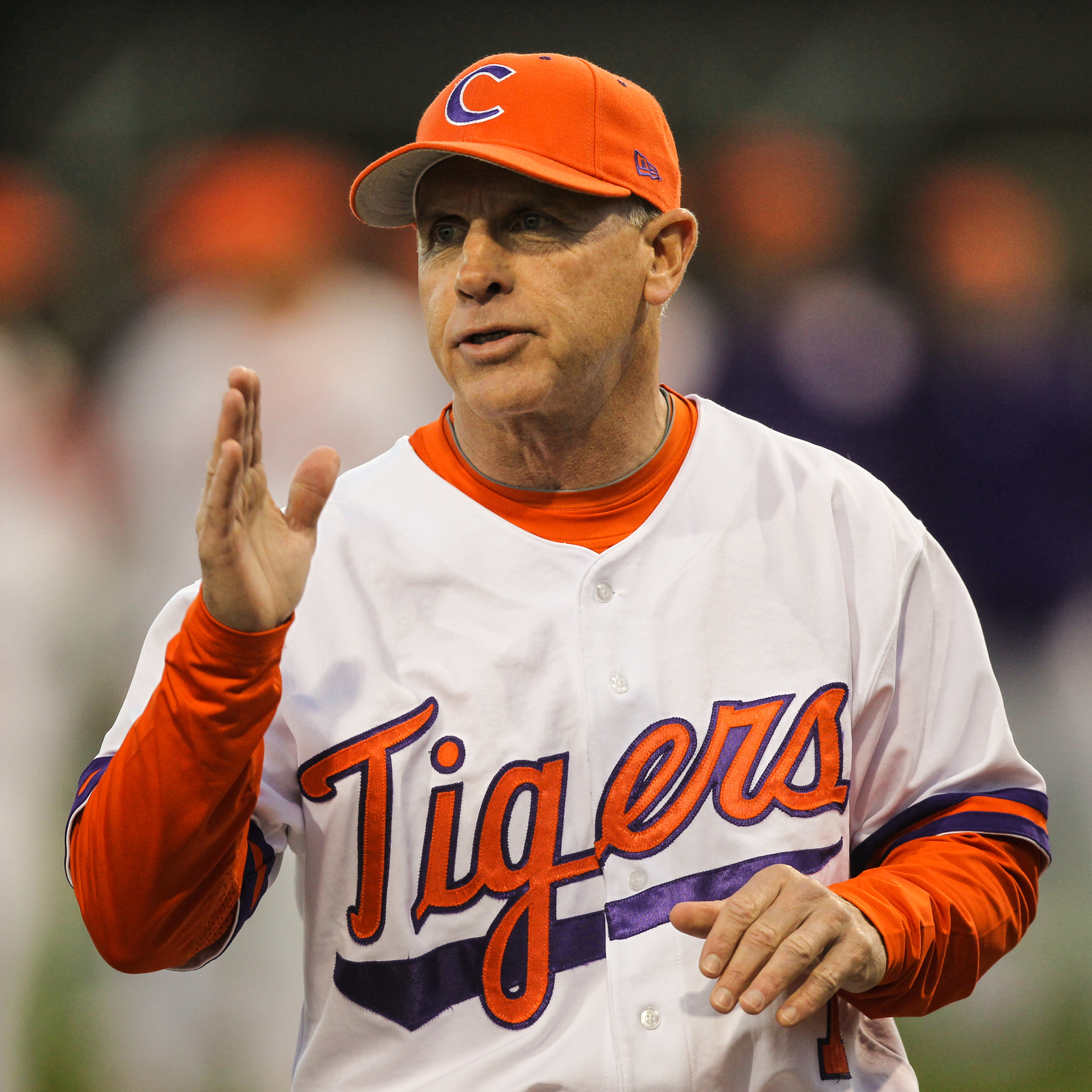 Leggett served for 22 years at the helm of the Clemson baseball program, winning 955 games and advancing to the College World Series six times with the last appearance in 2010.

“This decision was not an easy one,” Radakovich said. “Jack Leggett has served this institution with distinction for 24 years, the last 22 as head coach. It’s fair to say Clemson Baseball has been competitive over the last few years, but our objective is success, defined by competing for ACC Championships and winning in the NCAA Tournament. I have high expectations – and I know our fans and student-athletes have great expectations – for our baseball program.”

Clemson finished the 2015 baseball season with a 32-29 overall record and dropped a pair of games at the Fullerton Regional of the NCAA Tournament.

Leggett became Clemson’s 26th head coach in 1994, following the 36-year tenure of Bill Wilhelm. With 477 wins at Vermont and Western Carolina, Leggett’s 1332 overall wins rank him 10th all-time among Division I baseball coaches and fifth among active coaches. Before taking the reigns in 1994, the South Burlington, Vermont, native served as the recruiting coordinator and assistant head coach under Wilhelm in 1992 and 1993 and was a major contributor to teams ranked in the final Top 20 and advanced to the NCAA Regionals. In 1993, the Tigers captured the ACC Tournament title.

After taking over as head coach in 1994, Clemson won the ACC regular-season title and went on to win the conference tournament title. The following year, the Tigers repeated as ACC regular-season champions and won the NCAA East Regional title. The 1996 season brought Clemson another NCAA Regional title and a second-consecutive berth to the College World Series and in 1999, Clemson won four games in two days to capture the Fayetteville (Ark.) Regional. In 2006, the Tigers captured the Atlantic Division title with a 24-6 record and won the ACC Tournament Championship.

“Jack has meant so much over the last 22 years as a head coach at Clemson that I could not do justice to his impact on our program,” Radakovich said. “His contributions as an assistant to a Hall of Fame coach in Bill Wilhelm followed by becoming a Hall of Fame Coach himself speak to his achievements. Many players have been beneficiaries of Jack’s leadership and service, and for that Clemson will always be grateful.”

“Clemson Baseball is a premier brand and positioned to compete for championships in the near future,” Radakovich said. “Following the great work of Coaches Wilhelm and Leggett, this is a program that will build upon a solid foundation. And I know we’re going to find the right coach to continue the tradition of excellence.”