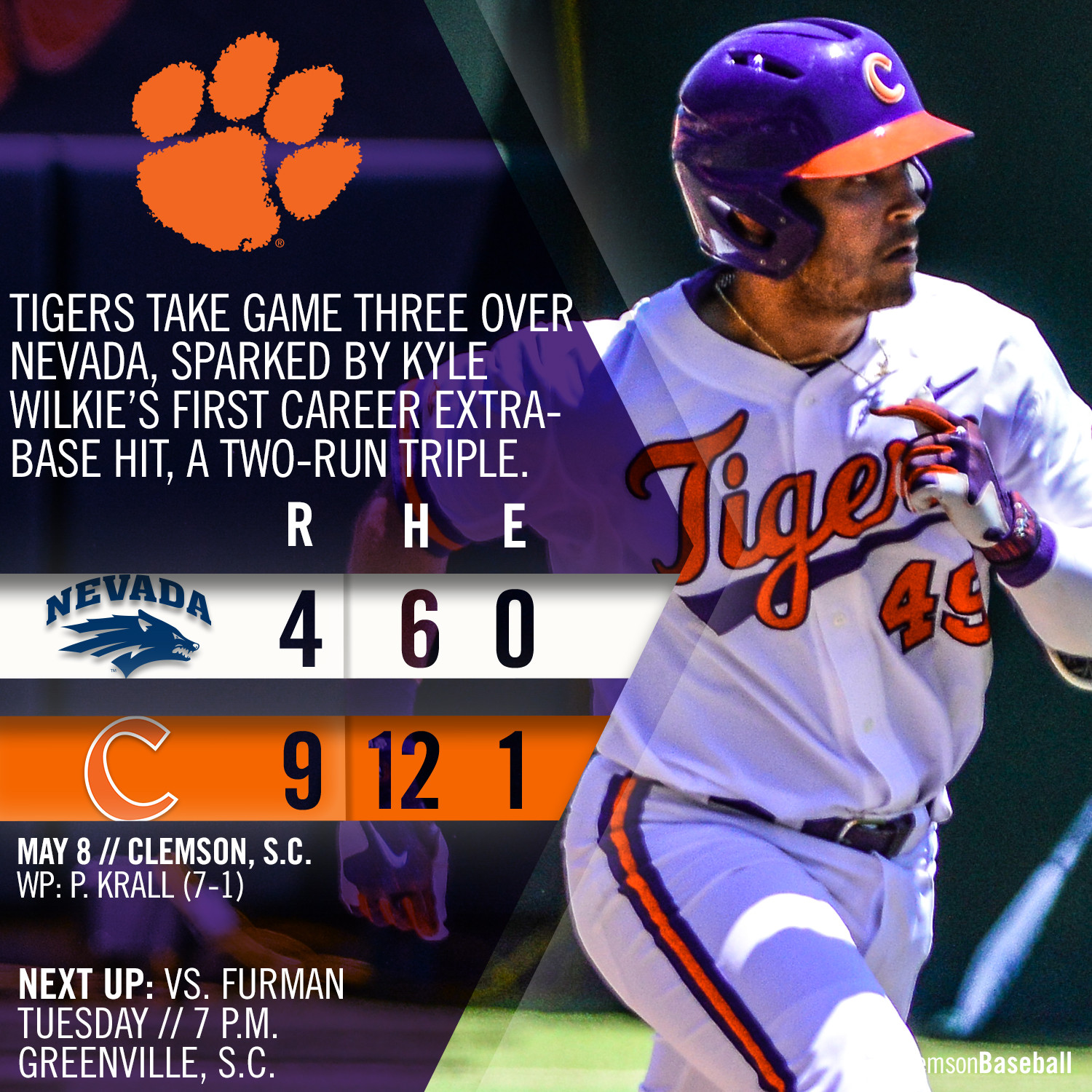 CLEMSON, S.C. – Jordan Greene, Grayson Byrd and Kyle Wilkie, the 7-8-9 batters in the lineup, had two hits apiece and combined for five RBIs in No. 7 Clemson’s 9-4 win over Nevada at Doug Kingsmore Stadium on Monday afternoon. The Tigers, who won the series 2-1, improved to 36-12, while the Wolf Pack dropped to 15-31.

The Tigers scored four runs in the first inning thanks in large part to five walks and Grayson Byrd’s two-run single. Clemson plated two runs in the second inning to take a 6-1 lead, then the Wolf Pack scored a run in the third inning and two runs in the fourth inning to narrow the Tigers’ lead to 6-4. But Kyle Wilkie laced a two-run triple, the first extra-base and RBIs of his career, with two outs in the fifth inning to double Clemson’s lead. Reed Rohlman added a solo homer, his fifth long ball of the season, in the eighth inning.

Pat Krall (7-1) earned the win, as he allowed five hits, four runs (three earned) and two walks with three strikeouts in 6.0 innings pitched. Ryley Gilliam pitched the final 3.0 innings to record his fourth save of the year. Wolf Pack starter Riley Ohl (3-2) suffered the loss, as he yielded four runs on five walks in 0.2 innings pitched.

The Tigers travel to Fluor Field in Greenville to take on Furman on Tuesday at 7 p.m.