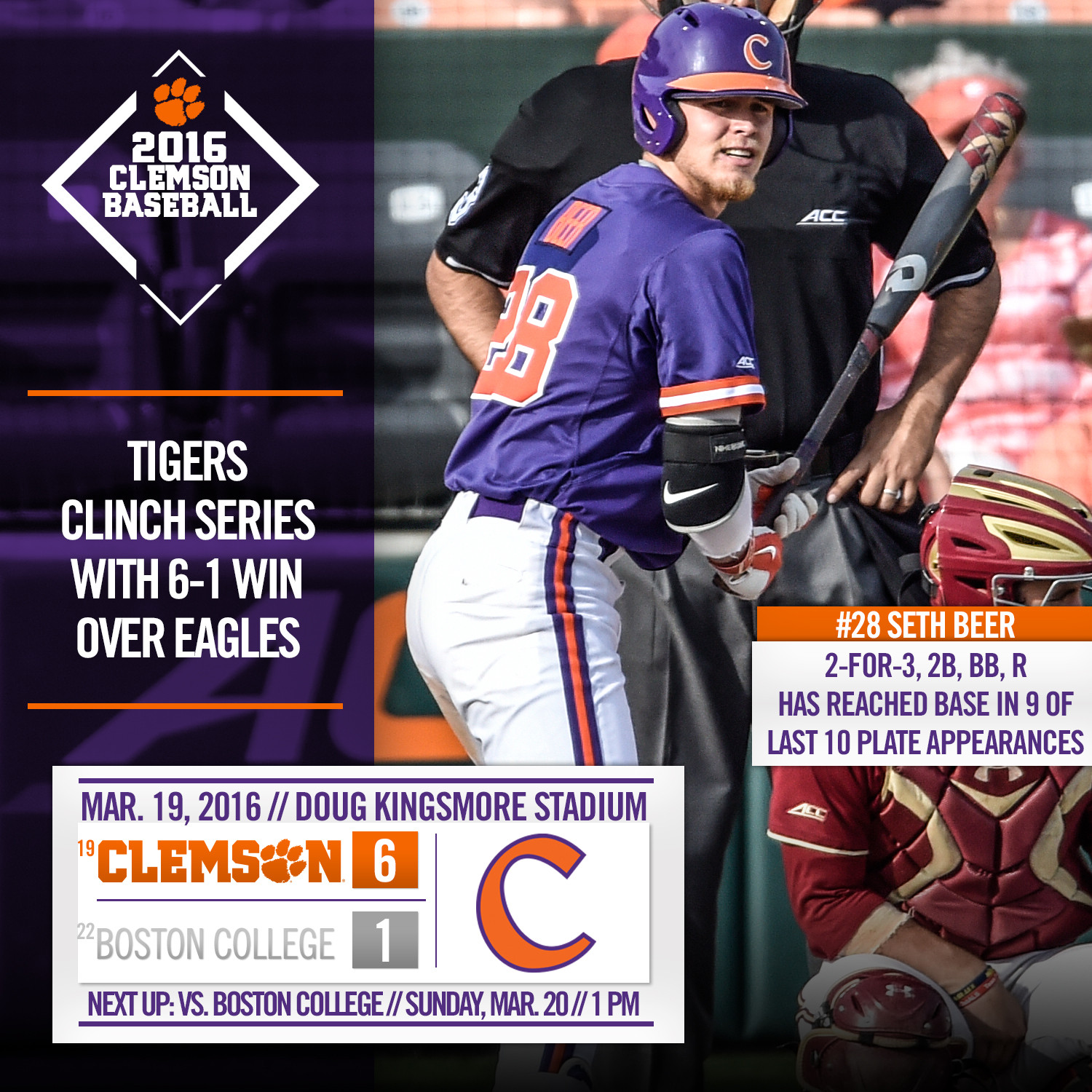 CLEMSON, S.C. – Charlie Barnes allowed just one run on four hits in a career-long 7.1 innings pitched to lead No. 19 Clemson to a 6-1 victory over No. 22 Boston College at Doug Kingsmore Stadium on Saturday afternoon. The Tigers, who took a 2-0 lead in the series, won their 10th home game in a row and won their sixth consecutive game overall, improved to 15-3 on the season and 4-1 in the ACC. The Eagles fell to 12-5 overall and 2-3 in ACC play.

Barnes (2-2) earned the win by facing just four batters over the minimum in 7.1 innings pitched. He also struck out four against no walks. Brooks Crawford pitched the final 1.2 innings to record his first career save. Boston College starter Jesse Adams (2-2) suffered the loss, as he yielded five runs (three earned) on four hits in 3.0 innings pitched.

The Eagles grabbed a 1-0 lead in the top of the second inning, but the Tigers responded with four two-out runs in the bottom of the second inning thanks in large part to sloppy Eagle defense. Chase Pinder’s infield single scored two runs to highlight the uprising. Seth Beer led the Tiger offense by going 2-for-3 with a double, run and walk, as he extended his hitting streak to 16 games. It was also Beer’s sixth multiple-hit game in a row.

The series concludes Sunday at 1 p.m., on ESPN3. It’s IPTAY Tiger Cub Club & CATS Day, as all members can get in for free by showing their ID at the gates and their family members can purchase tickets at the group rate. Members can also participate in promotions throughout the game. All fans can purchase four tickets and a $10 concession voucher for only $30 as well.