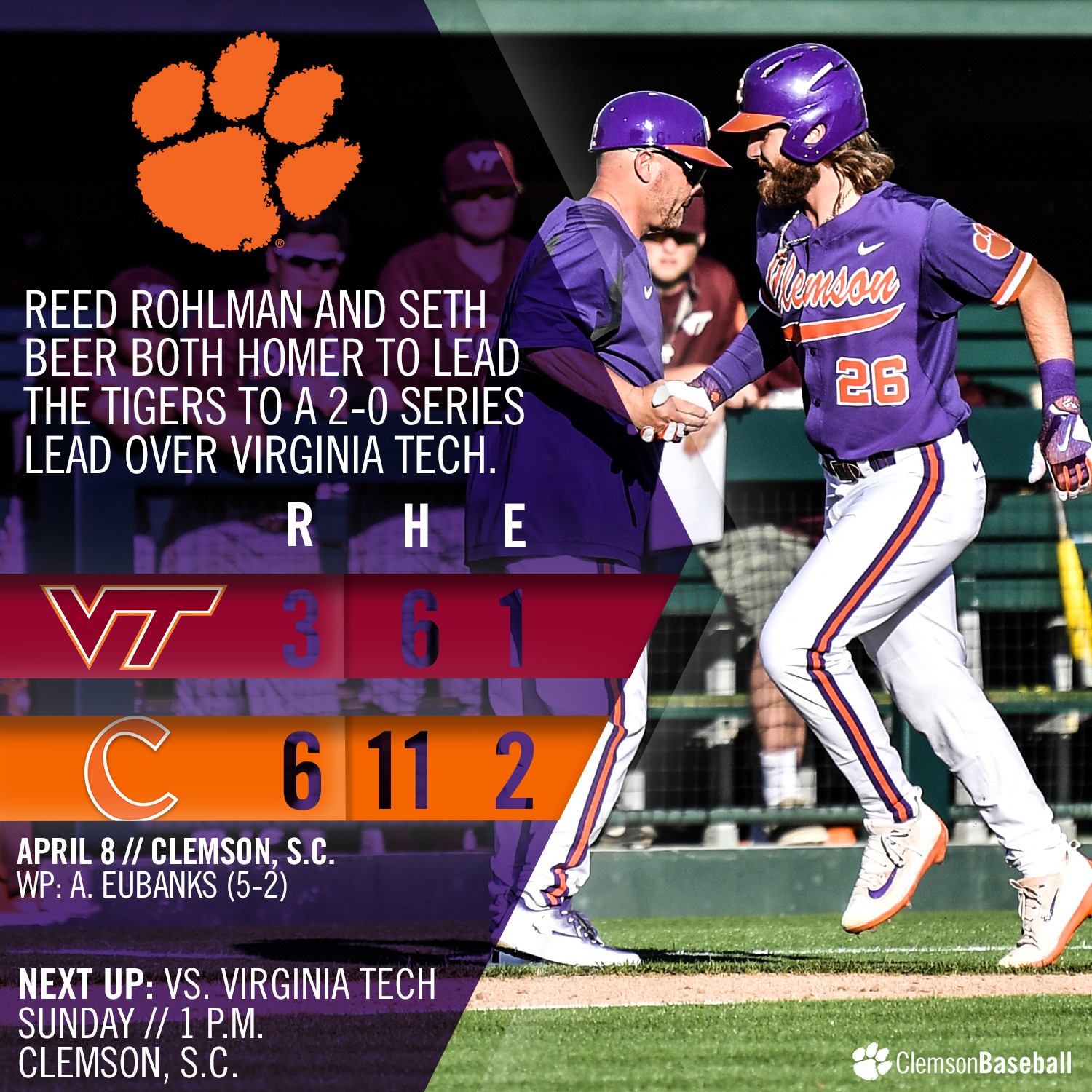 Virginia Tech scored two runs in the first inning, then Clemson came back with three runs in the fourth inning, highlighted by Rohlman’s leadoff home run, his third long ball of the season. Sam Fragale lined a leadoff homer in the top of the sixth inning to tie the score, but the Tigers answered with a run in the bottom of the sixth inning on Drew Wharton’s single that scored Logan Davidson. Seth Beer led off the seventh inning with a home run, his ninth long ball of the year, then the Tigers added another run in the frame on a double steal.

Tiger starter Alex Eubanks (5-2) earned the win, as he allowed six hits, three runs (two earned) and one walk with seven strikeouts in 7.0 innings pitched. Ryley Gilliam pitched the ninth inning to record his third save of the season. Hokie reliever Packy Naughton (2-5) suffered the loss.