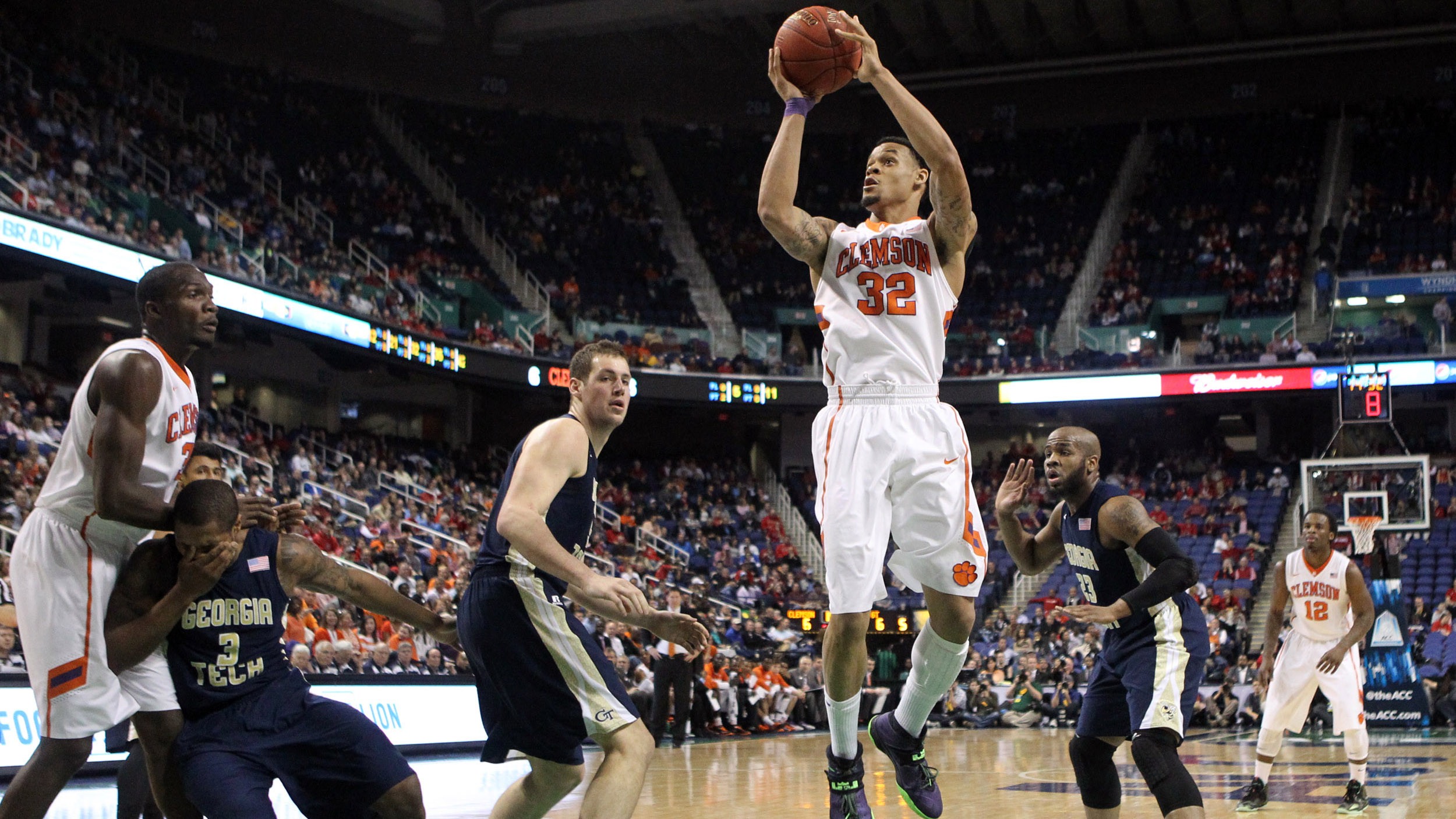 CLEMSON, S.C. – Clemson overcame a nine-point deficit in the second half and survived a second straight overtime game, prevailing 69-65 over Georgia Tech in the second round of the ACC Tournament. Daniel Miller forced overtime for the Yellow Jackets with 0.9 seconds left and Clemson trailed by as much as three in overtime, but found a way to win its 20th game of the 2013-14 season.

Clemson trailed 49-40 after Marcus Georges-Hunt scored inside with 7:50 remaining, but a 13-2 spurt by the Tigers culminated with Jaron Blossomgame‘s tip-in and lead change with 3:36 to play. He added another putback with 85 seconds to play that gave Clemson a four-point edge. But Tech scored twice in the final minute, including the improbable fallaway jumper by Miller with 0.9 seconds remaining.

The Tigers shot just 37 percent for the game, but held Tech to the same field goal accuracy in a slugfest. Clemson won the battle of the boards, 40-37. A huge advantage for the Tigers on Thursday came at the free throw line, where Clemson made 25-of-29 for a .862 mark.

K.J. McDaniels led Clemson with 18 points, despite only four made field goals Thursday. Rod Hall posted all 10 of his points after halftime, while Damarcus Harrison scored 10 of his 12 points after the intermission as well. Harrison hit the go-ahead layup in overtime, and Clemson salted the game away at the charity stripe.

The Tigers advance to face No. 3 seed Duke on Friday in a rematch from the Jan. 11 meeting that saw Clemson win 72-59 in Littlejohn Coliseum.