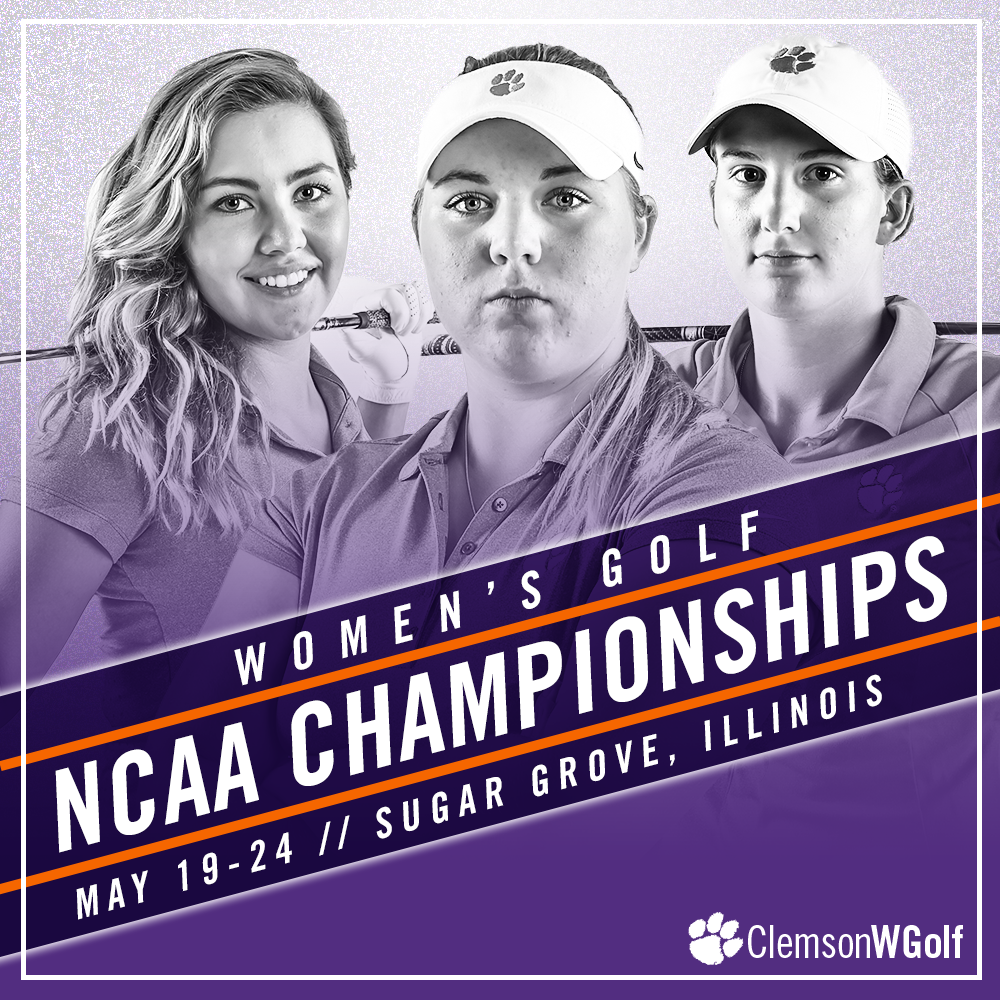 Marisa Messana will have the honor of hitting the first shot, as she is in the 8:36 a.m. tee time at the first hole with competitors from Oregon and Michigan State.   She will be followed in order by Kennedy Swann, Sydney Legacy, Ana Paula Valdes and Alice Hewson. Hewson has the last tee time at 9:20 a.m.

Clemson qualified for the national tournament thanks to a fifth-place finish at the Athens Regional in Athens, Georgia. Clemson was seeded 10th entering the regional, and stood in 11th place after the first round, but a near record 282 team score in the second round, allowed the Tigers to jump to fourth place after 36 holes.    The Tigers played solid in the final round to finish fifth, the program’s best in that event.

Clemson is led by Hewson, a two-time first-team All-ACC player from the United Kingdom. She has a Clemson record 71.82 stroke average with 110 birdies, 10th most in the nation. The sophomore has six top 10 finishes and 16 rounds at par or better. She is ranked as the 21st best player in the nation by Golfstat.

Valdes is second on the team in stroke average at 73.97. The freshman from Mexico has a pair of top 10 finishes, including a Clemson record eighth-place finish at the ACC Tournament.   She has a record nine rounds at par so far this year, and her 85 birdies rank second on the team.

Legacy has a 74.57 stroke average and this is her third NCAA Tournament, two regionals and this national event. She has six under-par rounds so far this year and has three top 25 finishes.

Swann has a 74.76 stroke average for her seven events. The freshman from Texas should be in her senior year of high school, but she opted to graduate early and is in the Clemson lineup. He shot a four under par 212 in her first tournament to help Clemson win the UCF Challenge in Orlando.

Messana rounds out the lineup with a 76.19 stroke average. The veteran of 28 career tournaments won the NCAA Elite 90 Award on Thursday as the player with the top GPA in the field of 126 players for the national tournament.