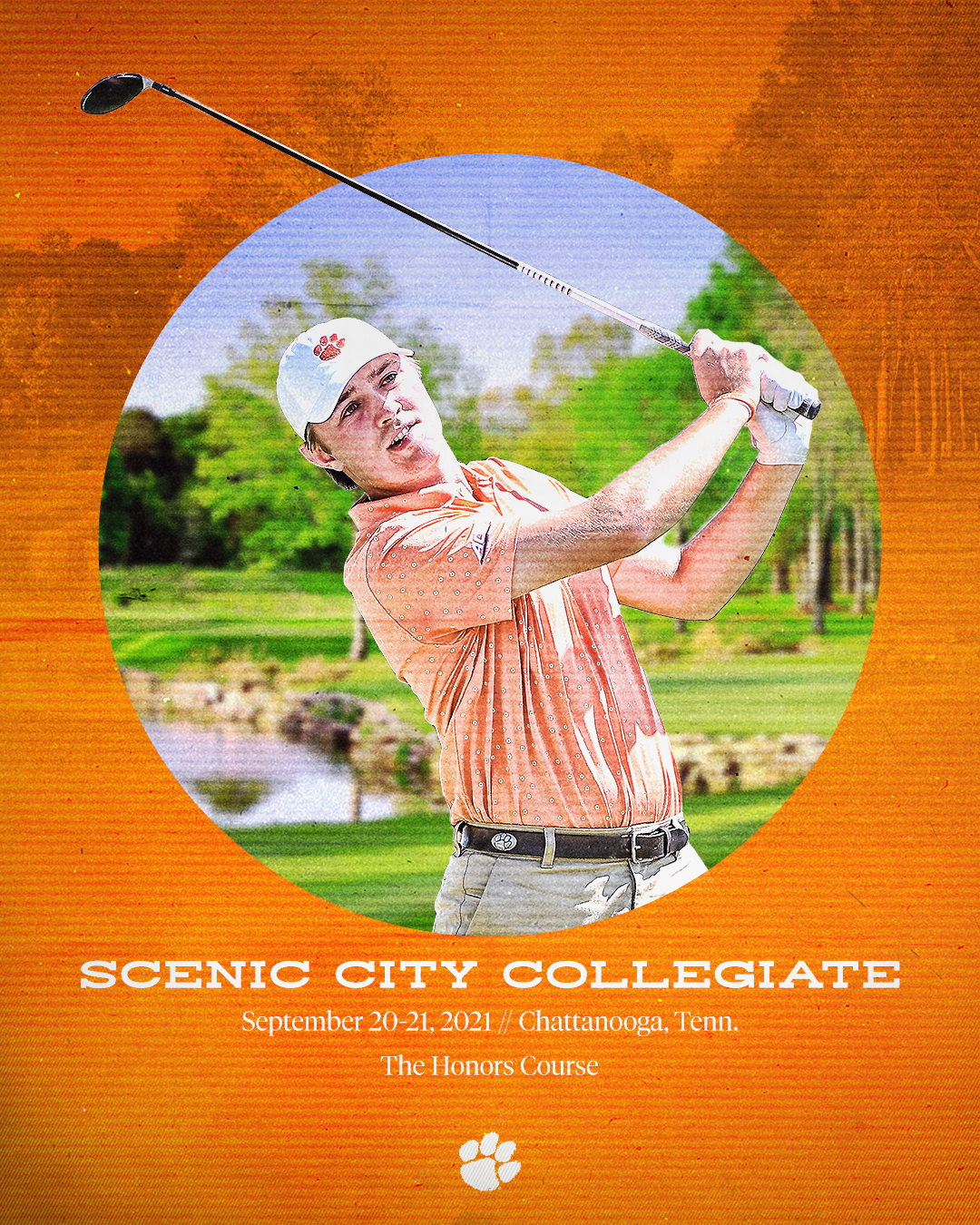 CLEMSON, S.C. — Fresh off a record setting performance in its season opening tournament in Scottsdale, Arizona, Jordan Byrd’s Clemson men’s golf team returns to the course Monday at the Scenic City Collegiate at The Honors Course in Chattanooga, Tenn.

Clemson finished second with a record 43-under-par score of 797 last week at the Maui Jim Collegiate. The 797 team score was a Clemson record for total score in a 54-hole tournament by 14 shots.

The 11th-ranked Tigers will be one of 15 teams in the field, that will have seven SEC teams and two ACC squads. In addition to Clemson, the list of teams includes Tennessee, South Carolina, Mississippi, Mississippi State, Georgia, LSU, Vanderbilt, Virginia, UAB, East Tennessee State, Kennesaw State, Augusta, UNC Greensboro and UT Chattanooga.

Byrd will take a veteran team this week, the same starting lineup that played in the first event.   Super Senior Kyle Cottam had a 54-hole score of 196, 14-under-par in the opener, good enough for fifth place among the 90 players. That was the second lowest 54-hole score in school history.

Senior Jacob Bridgeman finished ninth with a 199 score. His second round 62 tied the Clemson single round record. He has improved his career stroke average to 70.70, tied for first in school history with Doc Redman. Colby Patton finished 19th at the Maui Jim with a 204 score, a performance that included a pair of rounds in the 60’s. He will play his 100th career round as a Clemson Tiger on Tuesday.

Carter Pendley finished 17th with an eight-under-202 in the first tournament. After playing just one tournament last year, he was a major factor in Clemson’s strong performance in the opener with a pair of 66’s.

Zack Gordon will be in the lineup as well.  He finished with a score of 205 in Arizona, good enough for 24th. Sophomore Matias La Grutta also will be participating as an individual. It will be his first career college tournament.

Live scoring will be available on GolfStat.com.