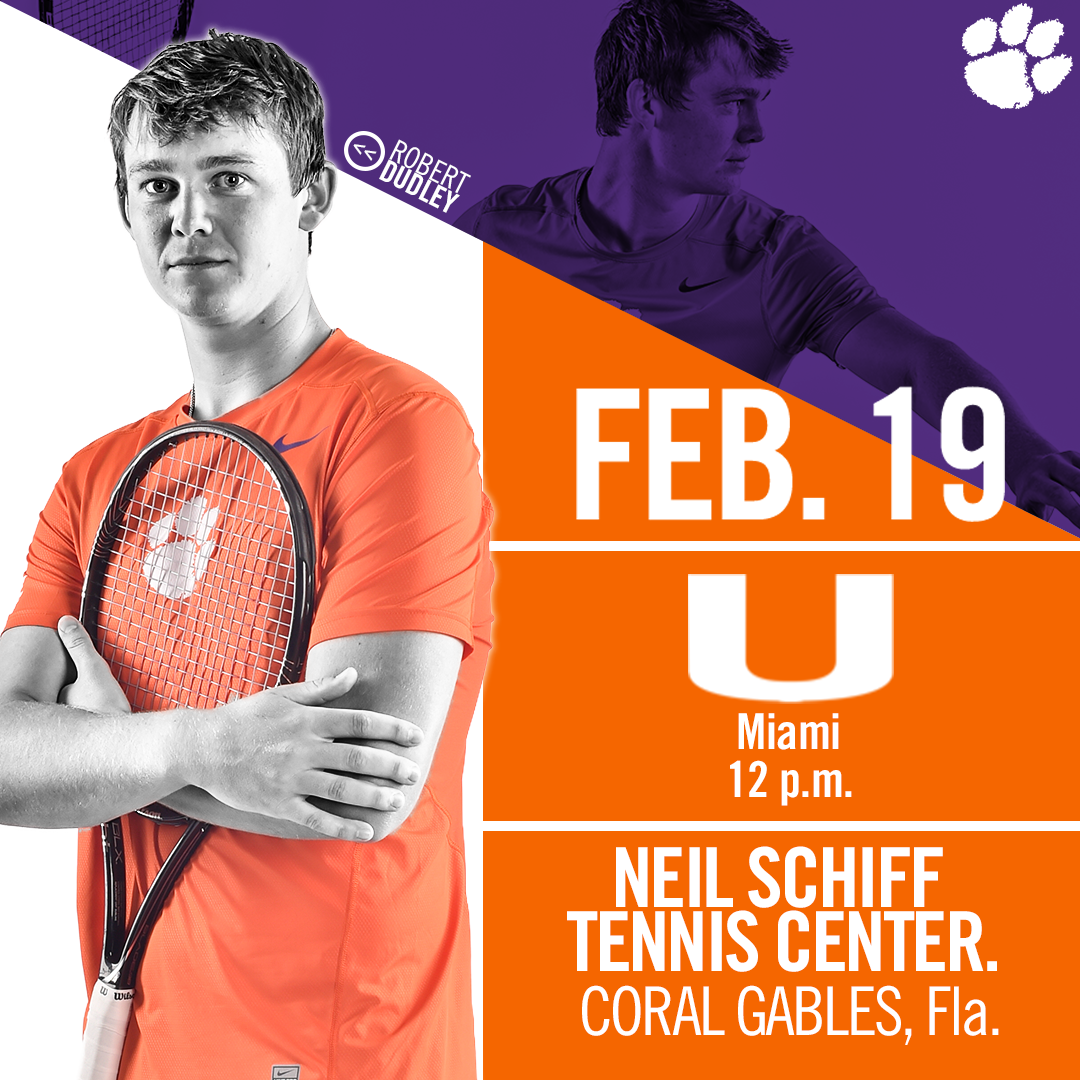 CLEMSON, S.C. –  The Clemson men’s tennis team travels to Miami on Sunday to open ACC play. The Tigers are coming off a 4-0 loss to No. 24 Old Dominion this past Sunday at Hoke Sloan Tennis Center and looks regain momentum after starting the 2017 season 7-0. With a win on Sunday, the Tigers can extend their winning streak against Miami to six, the last loss to the Hurricanes came in 2011.

In the 4-0 loss last Sunday, there were a few bright spots for the Tigers. Both Robert Dudley and Brent Lett maintained their winning streaks due to their respective matches being called to the clinching of the match. Also, junior Alex Favrot was up against a tough test in No. 18 Adam Moundir of Old Dominion. Favrot lost a close first set and showed great fight in the second set before his match was called due to the clinch.

Men's Tennis
Tigers Come Up Short Against No. 1 North Carolina