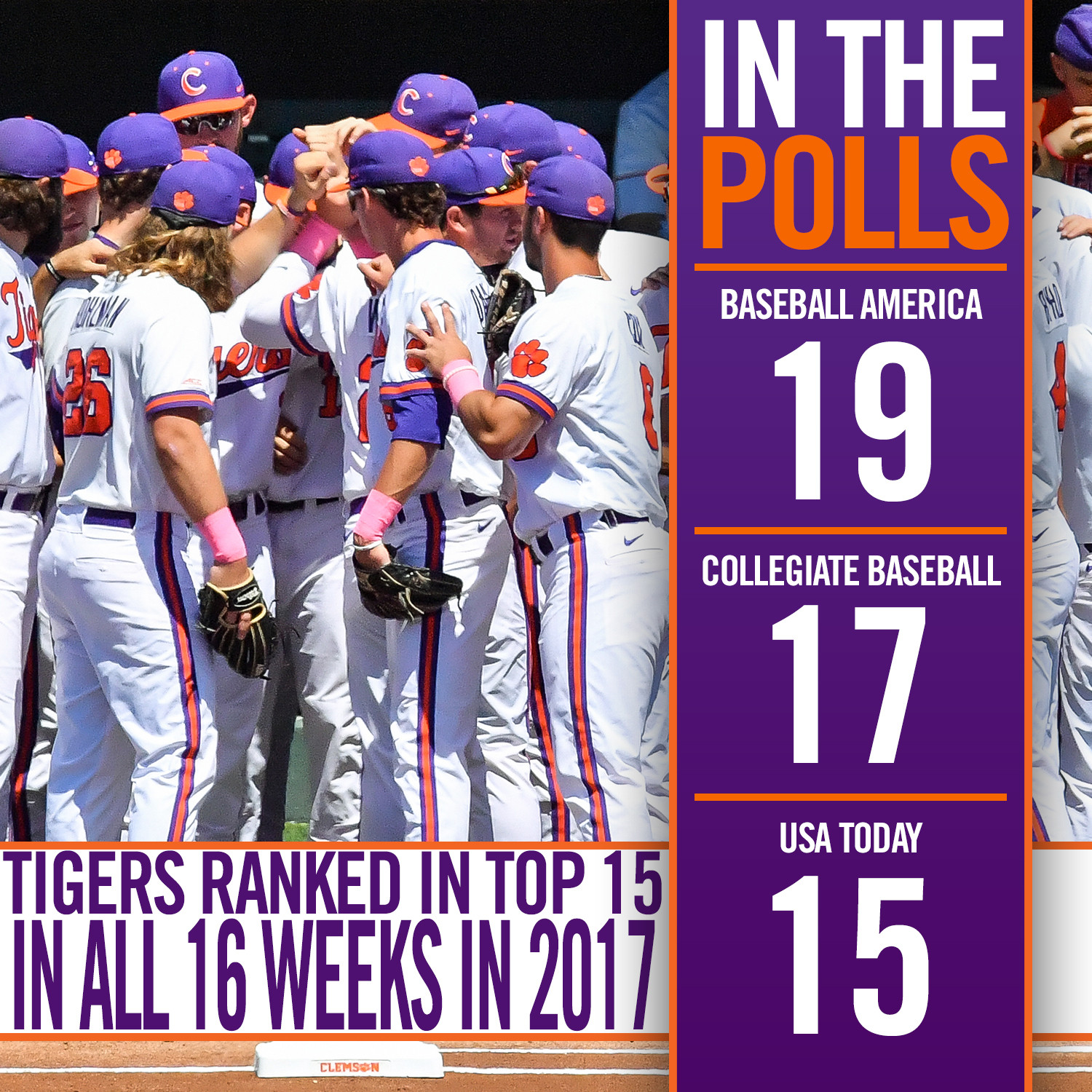 Clemson No. 15 in Coaches Poll

CLEMSON, S.C. – The Tigers were ranked as high as No. 15 in the USA Today coaches poll, released Monday. Clemson (39-19), who was chosen as a host site for an NCAA Regional on Sunday, was also ranked No. 17 by Collegiate Baseball and No. 19 by Baseball America.

The Tigers begin their Clemson Regional slate against UNC Greensboro on Friday night.