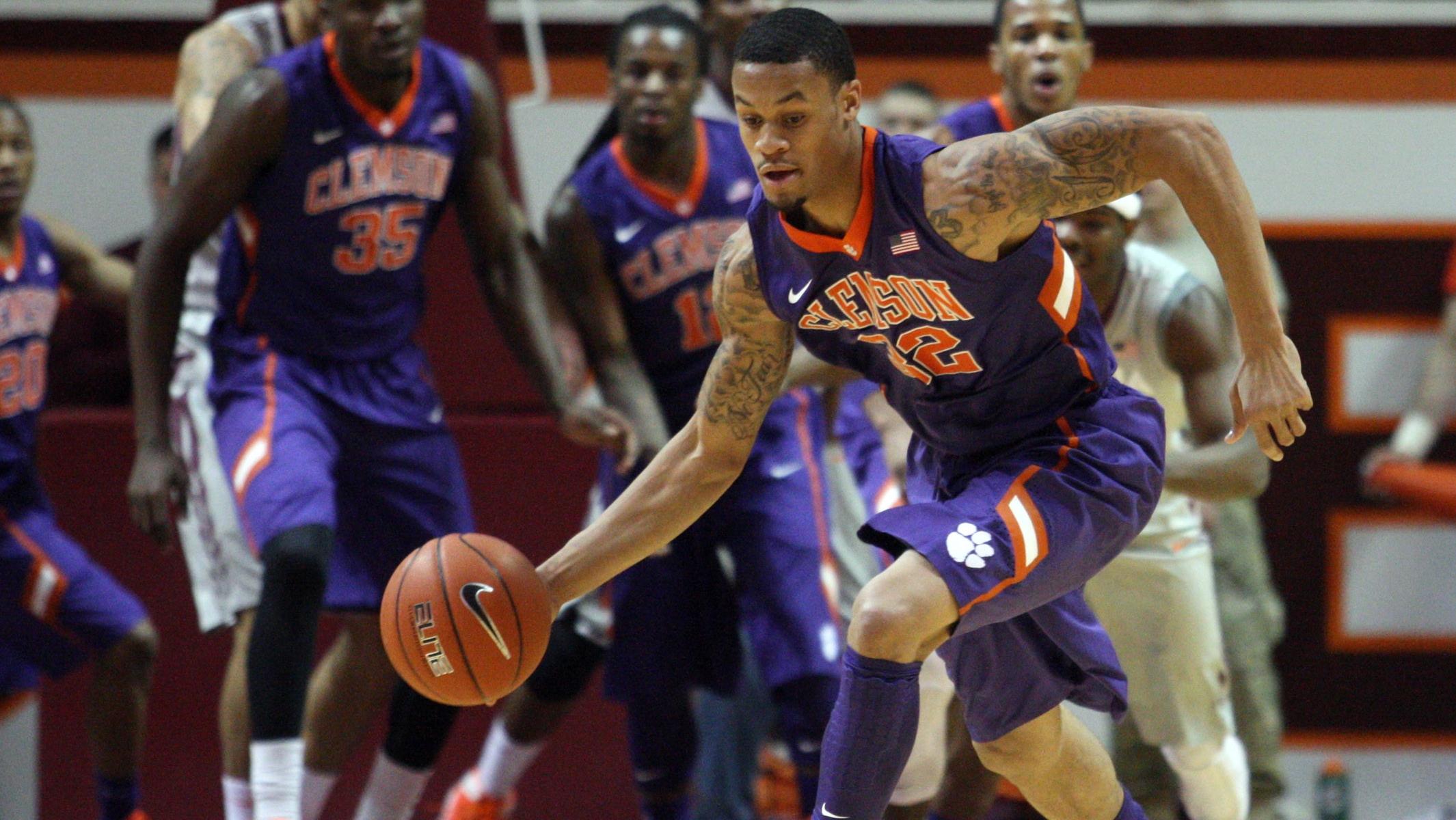 TALLAHASSEE, FL – Behind an incredible all-around performance from junior forward K.J. McDaniels, Clemson grabbed its third ACC road win of the season Saturday at Florida State, 53-49. The win improved Clemson’s record to 14-6 overall, 5-3 in the ACC. The Tigers surpassed their win total from 2012-13 and matched their ACC win total as well. Florida State fell to 13-8 overall, 4-5 in the ACC.

McDaniels willed his team to the win Saturday. The Birmingham, AL native posted a game-high 26 points – just one shy of his career-high – to lead Clemson’s offensive efforts. Defensively, he anchored the team with three blocked shots, none more important than a two-handed swat after committing a turnover inside the final minute of play to help preserve the win. He added seven rebounds, three assists and a steal in 37 minutes.

Jaron Blossomgame added 10 points, all in the second half, for the Tigers. Clemson shot 56.5 percent after a first half that saw it struggle to just 17 points. Clemson trailed by three at intermission.

Clemson made its first two shots but suffered a string of missed threes and turnovers as it went over seven minutes without a field goal. But the Tigers fought through it and took a 14-12 lead on back-to-back threes from Roper and McDaniels. Clemson went cold after that, as its final basket of the half came at the 6:08 mark. Florida State got a pair of baskets by Okaro White and Robert Gilchrist in the final two minutes to push the ‘Noles to a 20-17 edge at half. The Tigers shot 29 percent and committed 11 turnovers in the opening 20 minutes.

McDaniels and Blossomgame came out tough and hungry in the second half. McDaniels scored 10 of Clemson’s first 12 points out of the locker room. After FSU’s Aaron Thomas scored back to back buckets, Clemson responded with eight straight points which included a three and one-handed dunk by Blossomgame. An emphatic block and ensuing left side three by McDaniels pushed Clemson’s edge to 37-30 to prompt an FSU timeout with 7:38 remaining.

A three originally ruled a two originally by Jordan Roper was corrected during the final media timeout, giving Clemson a 44-37 lead with just over three minutes to play. FSU began fouling to lengthen the game, but Clemson made just enough plays to stave off a Seminole rally. The ‘Noles had just one player in double figures, Aaron Thomas.

The Tigers return home for the first time since Jan. 18. Clemson will face Georgia Tech on Tuesday in a game that tips off at 8 p.m. from Littlejohn Coliseum.