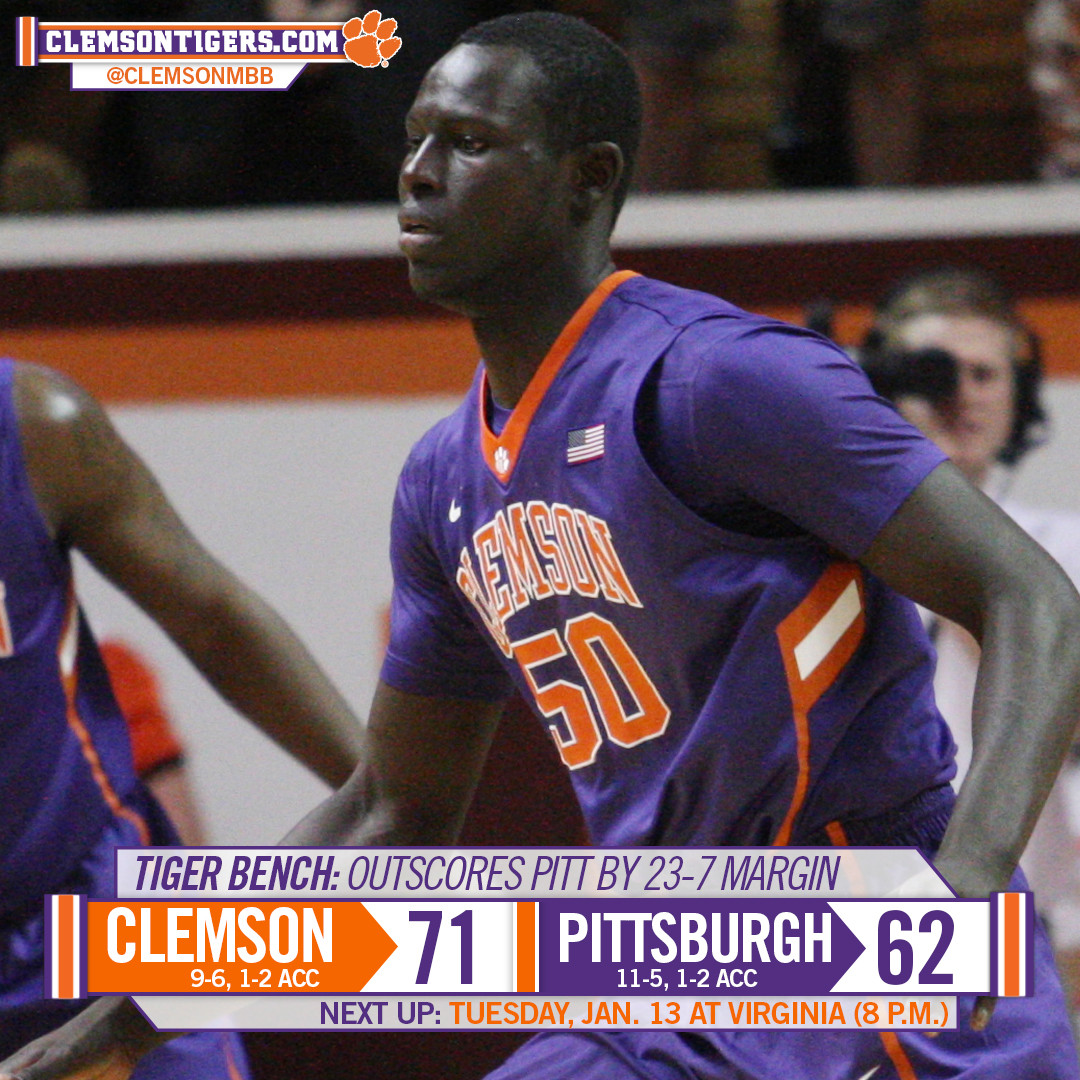 PITTSBURGH — Brad Brownell collected his 250th victory as a head coach after leading Clemson to a 71-62 victory over Pittsburgh in the Petersen Events Center on Saturday in front of a sellout crowd. The win, Clemson’s first of the ACC regular season, moved the Tigers to 9-6 overall. Pitt fell to 11-5 with the loss and 1-2 in league play.

Jaron Blossomgame led the Tigers with 18 points, 12 after halftime. Rod Hall chipped in 12 to go along with seven rebounds. The Tiger bench was outstanding Saturday, contributing 23 points and outscoring Pitt’s reserves by a 16-point margin. Sidy Djitte matched his career-high with eight, while Josh Smith set one with seven. Jordan Roper posted all eight of his points in the opening half and added four of Clemson’s 15 assists.

The Tigers shot 47 percent for the game, including 52 percent after halftime. Clemson also won the battle of the boards by a whopping +17 margin. The Tigers also nailed 75 percent of their free throws, which helped salt the game away late.

Clemson’s first half was as crisp as any in recent memory. The Tigers shot over 43 percent and eight players contributed at least one field goal. Roper posted eight points, three of which ignited a 16-5 run that pushed Clemson to a 24-17 advantage. The game turned into a free throw contest late in the frame, allowing the Panthers to trim the deficit to three. But Jaron Blossomgame put a tip-in through the basket to finish off the half and give Clemson a 36-31 edge.

Pitt made a run in the second half, tying the game at 44 apiece. But Clemson responded quickly with a 7-0 run that included two inside baskets by Djitte. Clemson then hit two huge three-pointers in the final eight minutes, first by Grantham at the 8:00 mark and Blossomgame to all but put it away with 4:01 to play.

Clemson finishes out its three-game road stretch with a Tuesday tilt at the University of Virginia. The Cavaliers are ranked third in both of the latest national polls. The two teams meet at 8 p.m. in John Paul Jones Arena in a game televised by the ACC Network.